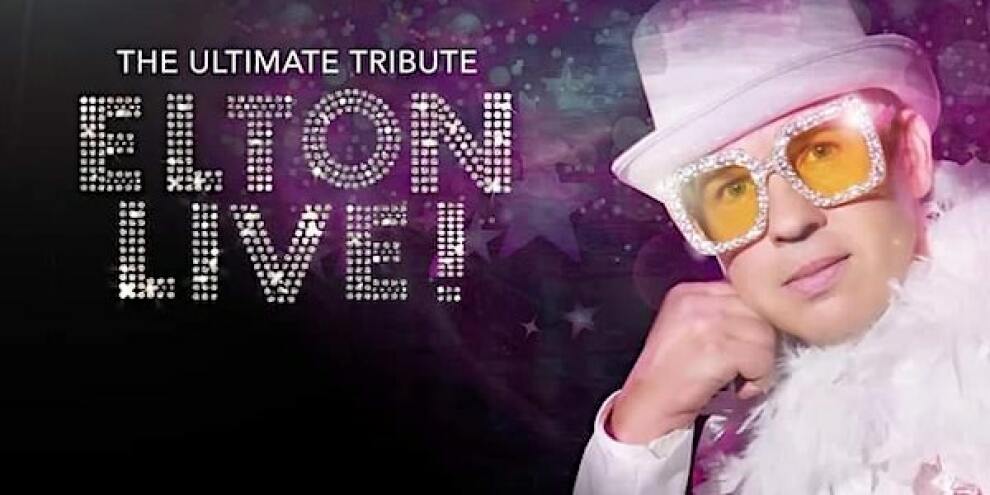 Elton Live — The Ultimate Elton John Tribute Act offers the most complete and authentic reproduction of Sir Elton John’s sound and stage performance in the world. Their shows are the most accurate duplication that Elton John fans worldwide have come to love and enjoy. Established in early 2018, Elton Live — The Ultimate Elton John Tribute Act hails from the Atlanta Metropolitan Area and has performed for audiences all over the southeast United States. Lead vocalist and the band’s founder Steven Dodd brings you an unmatched emulation and portrays Sir Elton John with a powerful delivery of voice and stage presence like no one else. Adding dimension and magnetic on-stage chemistry to each performance is the full ensemble band of veteran musicians that are the driving force behind Elton John’s sheer rock-n-roll power and wall of sound. Rounding out the troupe is Elton John’s actual background vocalist, L’Tanya “Sugarlips” Shields, who toured with Sir Elton for a number of years. Elton Live performs the best of Sir Elton John from his early beginnings to the superstardom status of his present hits. Complete with a full stage performance, lights, wild costumes, and unbounded energy — just as if Elton John were rocking before your very eyes. The closest you’re going to get to the real thing is Elton Live — The Ultimate Elton John Tribute Act.