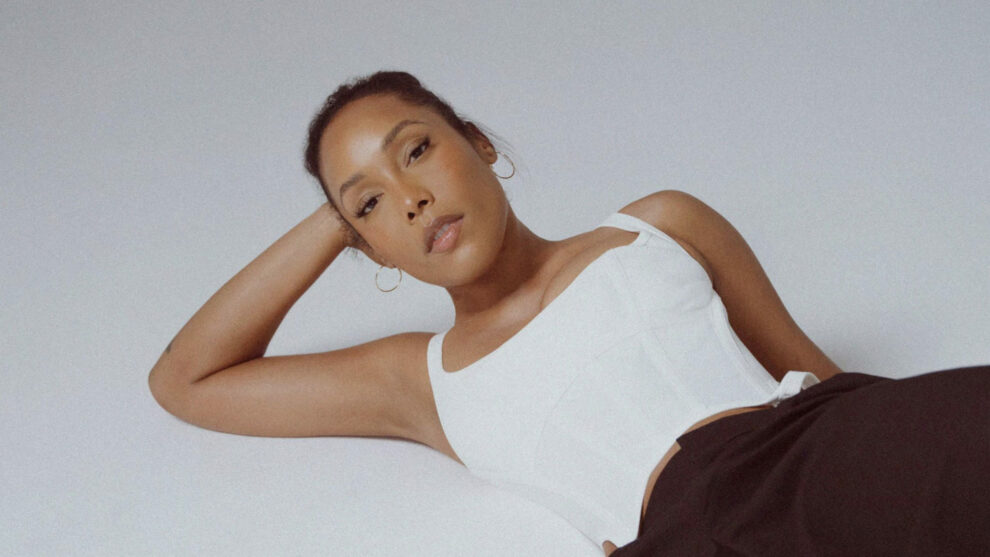 Bio
India Shawn is unfiltered and fearless. Listening to the rising R&B singer/songwriter’s music feels less like playing a record and more like catching up with an old friend. She bares all—nothing is off-limits. This vulnerable approach has informed all of the music she’s released over the last few years, but she applies it with a special focus on her new album Before We Go (Deeper). Over 14 songs, she reflects on emotional highs and lows, shares buried secrets, and traces the contours of world-shattering heartbreak. The project is deeply personal, and the instrumentals she shares are appropriately moody and reflective, swirling together old-school R&B, colorful pop production, and West Coast cool.

It’s the sort of release she’s been building to since she started releasing music nearly a decade ago, but it was also the result of a sudden stroke of inspiration.“I had this crazy ‘aha! moment’ where I realized I was putting all of my business out there through these songs,” she says. “They say so much about me and where I am in my life.” That’s particularly true of her recent single “EXCHANGE,” which she describes as “the sexiest song I’ve ever written.” On it, Shawn sings about the reciprocity of love and pleasure over dreamy bedroom beats. “As I evolve in my career and womanhood, it’s important to show up as my whole self, sexy and sensual included,” she says.

Matters of the heart dictate much of Before We Go (Deeper), which follows — and builds upon — 2021’s similarly-titled EP Before We Go. On the emotional “TO CHANGE MY MIND,” Shawn grapples with unrequited love. “I told my side of the story in the first verse and looked at it from his perspective in the second verse,” she reveals. It’s the kind of emotional maturity that shines through on other album highlights like “SUPERFINE,” a soulful, emotionally raw ultimatum to a lover. “I ain’t heard from you in five days,” she sings. “That’s why I look at you sideways.”

The song, Shawn says, is about learning when to let go of a relationship that doesn’t center your feelings. “I’m not going to choose you over myself,” she explains. It’s a personal revelation, but it feels universally relatable too, which is part of the aim of the record. “These are single girl songs,” she says. “I’m navigating the dating waters here and looking for love like everyone else is.” In a way, that’s what she’s been trying to do with her songs all along: making songs that are intimate and specific, but have the power to resonate with anyone who might hear them.

Born and raised in Los Angeles, Shawn honed her skills as a songwriter long before releasing songs of her own. As part of the writing collective Full Circle, she initially made waves penning cuts for Chris Brown, Diddy-Dirty Money, El DeBarge, and Keri Hilson. And yet, even as she lent her talents to other artists—performing in Kanye West’s Sunday Service and touring with Anderson .Paak and The Free Nationals—she began to feel the pull to release her own music, including independent solo projects such as Origin and Outer Limits, which introduced fans to her sun-dappled, soulful style.

Along the way, Shawn has proven herself a thoughtful collaborator as well as a gifted songwriter. So far she’s worked with the likes of ADÉ, Ludacris, Dixson, Trip Lee, and more. But that list grows on Before We Go (Deeper), which boasts collaborations with 6LACK (“NOT TOO DEEP”), .Paak (“MOVIN’ ON”), and Unknown Mortal Orchestra (“TOO SWEET”). On the production side, she assembled the bulk of the album with Academy® Award- and GRAMMY® Award-winning producer D’Mile, best known for helming hits for H.E.R. and Lucky Daye.

While love and relationships play a huge role on the album, Before We Go (Deeper) is expansive and complex, in the way that life itself is. Shawn touches on everything from phone etiquette (“WHEN I CALL”) and coping with the fakers that frequent Los Angeles (“CALI LOVE”) to general existential malaise (“SAME FLOOR”). “The music covers the past two years of my life,” Shawn says. “As the experiences were happening, the songs were coming out.”

Fans and critics alike have already been taken by the honest, in-the-moment feeling of these tracks. Songs from the album have already garnered more than 20 million streams. Shawn has quickly received critical acclaim from Billboard, HYPEBEAST, Noisey, UPROXX, and NPR, who praised Shawn’s “seductive tone” and urged her to “drop that album.” And now, as she prepares to release Before We Go (Deeper), India Shawn is ready to empower an even larger audience with her deeply personal, infinitely relatable anthems. “I’m a voice for women who know their worth and what they want,” she says. “And won’t settle for anything less.”