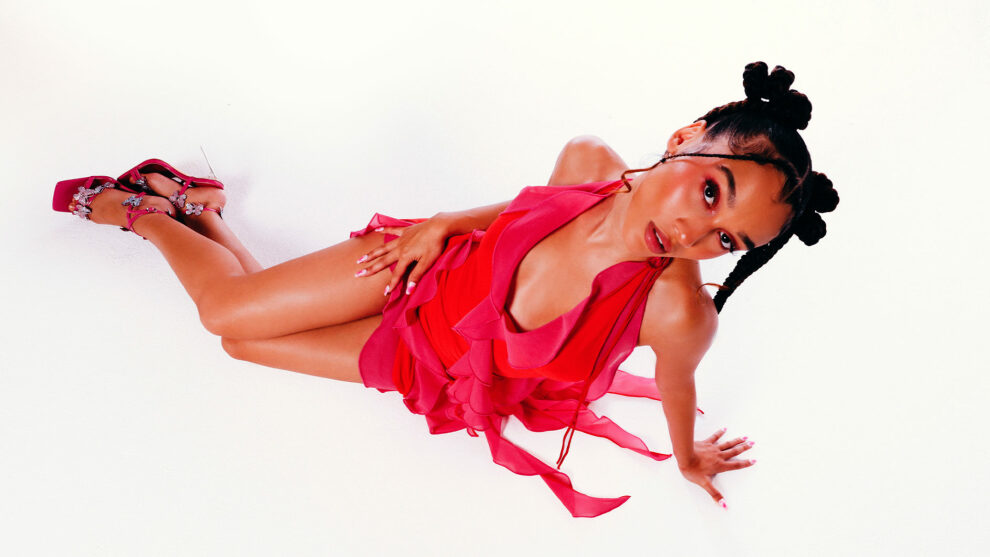 Bio
Vanessa Hernandez, better known as NEZZA, is an American singer-songwriter, professional dancer, and a star social media content creator. Descendant of Colombian and Dominican parents residing in the Bay Area, California. She moved to Los Angeles, California as a teenager in pursuit of her dream to become a multihyphenated performer with a focus in dance, working alongside some of the greatest generational talents such as but not limited to, Selena Gomez, Zendaya, and Lady Gaga.

Largely influenced by her Latino and Hispanic heritage, her parents had a meaningful impact on her music taste and stage presence. As early as she can remember, Nezza gravitated toward Latin and American music, reflecting her unique hybrid culture-infused music and performances that we all love and know today.

In 2009, NEZZA forged the birth of her YouTube channel which rapidly grew all accredited to her quality content featuring her lifestyle, dance videos, choreographic song covers, whilst also expanding and covering other topics in tune with the larger pop culture trends enabling her to keep in touch with her fans in real time.

After various song covers gained traction from her followers, NEZZA’s single ‘Temporary’ & ‘On & On’ premiered in 2018 propelling her into the spotlight and more importantly, gave her the platform to demonstrate her talents as a musical artist AND a dancer.

In 2019, she graced the world with new singles; ‘Strangers’, ‘Nothing Now’, ‘Cuentos’, and ‘Good Love’, portraying a glimpse of her full potential demonstrating her dancing and singing qualities blended together.

‘Corazon Frio’ arrived in 2020. The first song has more than 1M streams on Spotify and more than 580K views on YouTube. The song’s success instigated international exposure as it was played by international radio stations such as Radio Latina (France) and VM Latino (Costa Rica). Her song proceeded to claim the top of various Spotify charts throughout the duration of several consecutive weeks located in prime locations.

2021 gifted us with NEZZA’s ‘Millionaria’, ‘Sola’, and ‘Temporary’ which impressively generated over 1M Spotify streams. During 2021, she inked her deal with Virgin Music, leading the charge with distributing her most recent EP (‘Club Solita’) upon release in October 2021. These new songs include participation in both the production and the co-writing process from Grammy nominee Noize, accompanied by JS Beatz, Exel The The Future, Rob Dymez, NSJ, Alix, and Merahki. The ‘Tenerte de Nuevo’ music video was included in her EP release, featuring Trinidadian-American singer Latenightjiggy.

In October 2021 NEZZA opened for ¿Téo?, displaying her newest work live at the El Rey Theatre in Los Angeles California. NEZZA’s music has exceeded significant expectations, currently positioning her with 6M views worldwide and only growing.