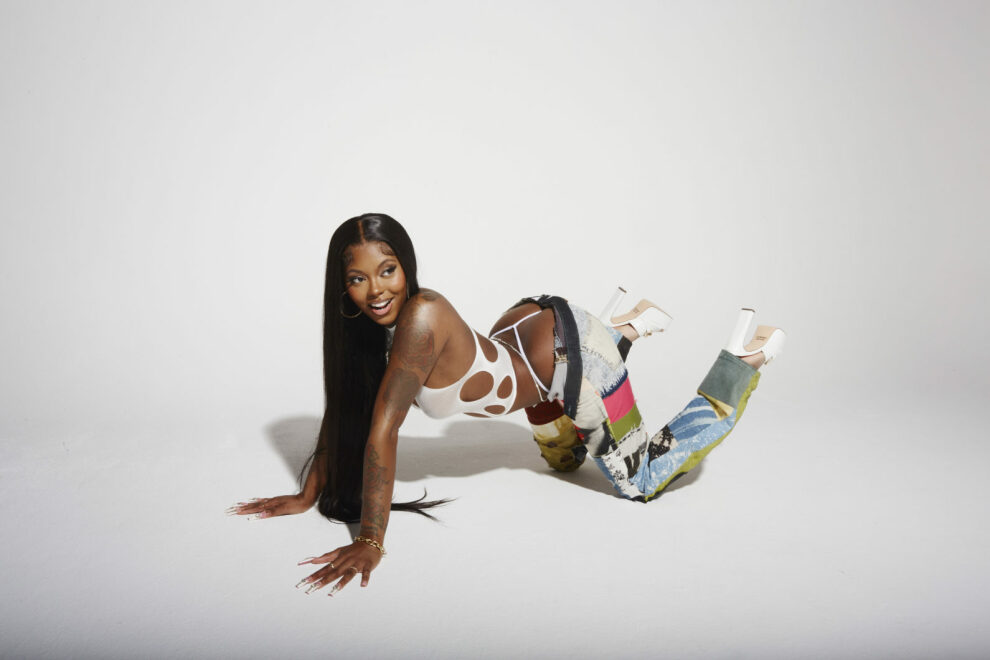 Bio
You know a boss when you see her. She’s completely charismatic, crafty, confident, and clearly doesn’t give a…
Now, Big Boss Vette asserts herself as a bright, blunt, and bold force for hip-hop with unapologetic bars, undeniable style, and a fiery flow of her own. The St. Louis rapper and singer lights up any room and instantly commands attention. After raking in over 30 million total streams independently and receiving plugs from the likes of Chlöe Bailey and more, she bosses up on a series of singles for Republic Records and her 2021 debut EP.
She developed a sense of hustle early on. At three-years-old, her father was incarcerated. Meanwhile, mom worked as a daycare teacher, while grandma “took on the role of my father,“ says Big Boss Vette. Following her mother’s marriage, the family grew. Big Boss Vette told everyone, “I want to be a rapper,“ and she made good on her promise.
Taking to social media, she posted freestyles on Facebook, remixing the likes of Dej Loaf’s “Try Me” and making a viral impact with millions of views. She regularly uploaded remixes to YouTube and attracted an audience.
However, trouble followed her everywhere until she got shot.
She served up “Bad Bitch” in 2019 and racked up 1.7 million YouTube views. A year later, “Outside” exploded. Following a much-liked teaser video, her TikTok followers demanded the full version, and she delivered. It lit up TikTok with countless anime creates and support from Chlöe. At the same time, it generated 8 million Spotify streams and 2 million YouTube views. During 2021, she picked up the pace with “No Fakin,” “Dog Ass *****,” and more. Along the way, she attracted the attention of Republic Records and landed a deal with the label.
She kicks off the next chapter with the single “Eater.” Baring her teeth, she devours a second line-inspired bounce beat replete with “claps, booms, and bangs.” Meanwhile, she remains fearlessly raunchy.
With more music to come, Big Boss Vette only continues to make magic though.
“When you listen to me, I want you to think, ‘She has an awesome voice. She’s very open. She’s confident. She’s different. She’s the next big thing,’” she leaves off. “I’m that bitch. I’m Big Boss Vette.”