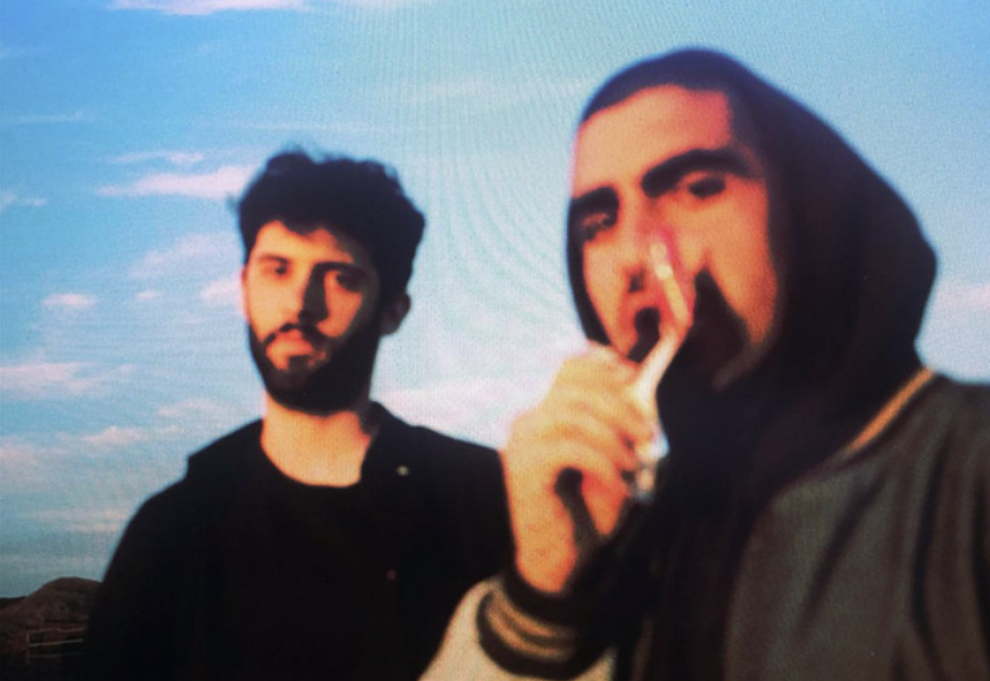 Bio
Los Angeles duo Junior Varsity just wants to feel something. The world can seem cold and unfeeling—now more than ever—which makes real emotion stand out amid the gray. That’s why Greg Varteresian and Zach Michel started Junior Varsity in 2019, and it’s a mission that they’ve held to as they’ve begun to finally release their thorny genre-blending, punk-pop anthems. Their new single “Cold Blood” is their first, but they’ve already built a devoted group of followers through their sweaty, sometimes bloody live shows and the videos they’ve uploaded to Instagram, where their cracked refractions of bedroom R&B, DIY indie pop, and mid-’00s radio rock are paired with dreamlike visuals. Those snippets hinted at a rich emotional world, and fans quickly gravitated. Without a single song out, Junior Varsity got press from tastemaking outlets like Pigeons and Planes and sold out shows on both coasts, creating a cultish following that culminated in “Cold Blood” receiving a Zane Lowe premiere, all while they remained true to the ethic that got them there in the first place—not caring at all what other people thought. As trying as 2020 was, it gave them a lot of time to experiment with new sounds and now they’re on the eve of releasing a whole project. Junior Varsity are ready to be back in the world again, to play shows, to sweat, to scream, and to feel it all reflected back at them as they share their passion.