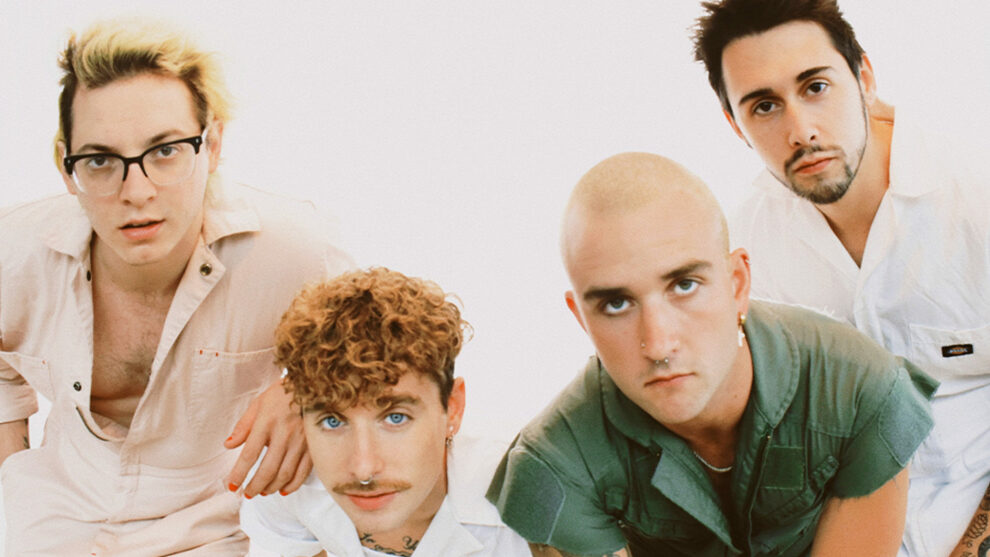 Bio
Nick Anderson (Vocals)
Aaron Kelly (Bass)
Billy Nally (Drums)
Nick “Schmizz” Schmidt (Guitar)
Hailing from rural Wellsville, New York – almost exactly two hours south of nowhere, it’s not too surprising that there wasn’t much of a music scene. So, in the absence of one, Nick Anderson built one from scratch. In search of like-minded souls who loved the punk and alternative sounds he preferred, Nick turned to the internet. He recruited Aaron Kelley, Billy Nally, and Nick “Schmizz” Schmidt, to road test a new band: The Wrecks. The band’s top five tracks on Spotify have been listened to more than 80 million times, & their first single was a Top 40 Alternative Radio hit. Their most recent single, the post-breakup anthem “I Love This Part” finds the Wrecks’ music evolving as they approach the completion of their second album. Now as they progress towards an even larger reach that far extends above the foundation that they have already built, The Wrecks are poised for a wide-open road ahead of them.