Ever since R.F. Outcault's "The Yellow Kid" debuted in Joseph Pulitzer's newspaper The World in 1895, comic art has been a staple of the American experience. Capable of expressing the profound through the graphically accessible, the art form has endured and evolved since its acceptance into the mainstream aesthetic. Comic art has since come into its own as a recognized and complex genre.

We chose three artists to illustrate Best of Atlanta 2000 so we could showcase a handful of the tremendously talented artists lurking in the city's environs. Some are names you may recognize, others represent the burgeoning possibility and range of comic art. But each of them has a reverence and respect for the unique beginnings and infinite possibilities of this art form. We feel their work is an apt caricature of what is best about Atlanta.

Skip Williamson, one of underground comic's pioneers, is featured in our Goods and Services section. Williamson has been producing comic art since the late 1960s, when the leftist, underground press was gaining momentum. These grassroots rags featured genre groundbreakers (and Williamson's close friends and colleagues) Robert Crumb, of "Fritz the Cat" and other notorieties, and Art Spiegelman, who won a National Book Award and a Pulitzer Prize for his graphic novel, Maus, which told the story of the Holocaust using cats and mice. Williamson says the years with the underground press were when he created art for art's sake as the papers paid very little. Subjects were often politically and socially risqué, which would be a departure from the marketing career that followed his activism: He was an art director for Playboy magazine for 10 years, and he designed a Post Raisin Bran box and a 7-Up billboard. But the merchandising days are behind the artist, who will show his work at Eyedrum on Oct. 28. Check out his paintings at www.liquidart.com

The artist responsible for the Food and Drink illustrations should be familiar to CL readers. Alex Burns is the creator of CL's award-winning strip, "Access Atlanta," and was publisher of the now-defunct Drawl, Atlanta's comics newspaper. He received his B.F.A. from the University of Georgia and his M.F.A. from the Cranbrook Academy of Art in Detroit. Some of Burns' strongest artistic influences come from Walt Kelly's strip "Pogo," as well as Robert Crumb, Skip Williamson and Carl Barks, who created "Uncle Scrooge" comics. But his greatest inspiration came from reading Mad magazine at age 11, when, he says, "it completely changed my concept of humor." Burns, who lives in Athens, Ga., with his wife, Denise, is currently developing a strip with wider appeal to use in syndication.

Tom Feister, who illustrated our cover and City Life section, is clearly influenced by the superhero style of comic art. He's had a strong interest in comic books since his boyhood in the outlet-mall mecca of Reading, Pa., and says he's known all his life that he wanted to be a comic artist. During his days at the Savannah College of Art and Design, he got a regular gig illustrating features and news stories at the Georgia Guardian. The 26-year-old, whose most visible influences are the Marvel Comics Everyman Jack Kirby and Atlantan Adam Hughes, who created "Justice League," the comic about the real lives of superheroes, has an impressive resumé. Like our other artists, he's worked in advertising and merchandising for a stint, but now he's an animator at Atlanta's Wild Hare and Primal Scream.

Other illustrations in this issue were created by CL's staff members. 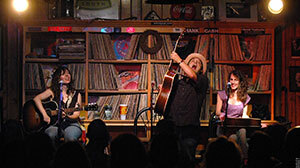 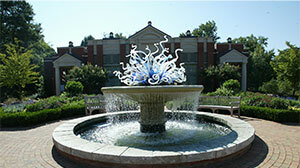 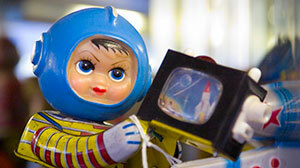 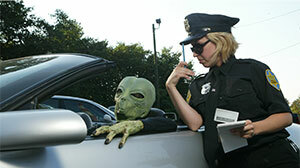 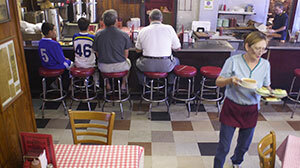 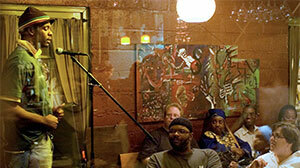