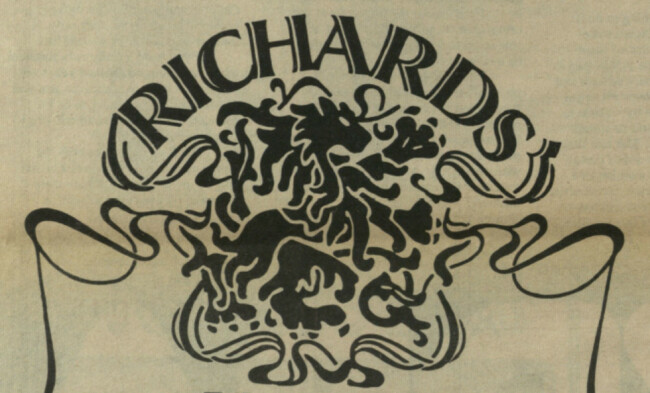 PHOTO CREDIT: Richards Ad
Call:
Richard's is an Atlanta club that was big in the 1970s. Iggy and the Stooges (forerunner to Iggy Pop) played a 1973 show at this Midtown club that people were still talking about 10 years lager; Elton John showed up in a bunny suit and the Igster stage-dove through a tabletop. Also memorable were New York Dolls sets. Last venue there was a gay country bar called Hoedowns.

One page links to business