An Atlanta soul, blues, rock 'n' roll, and comedy legend has passed away. 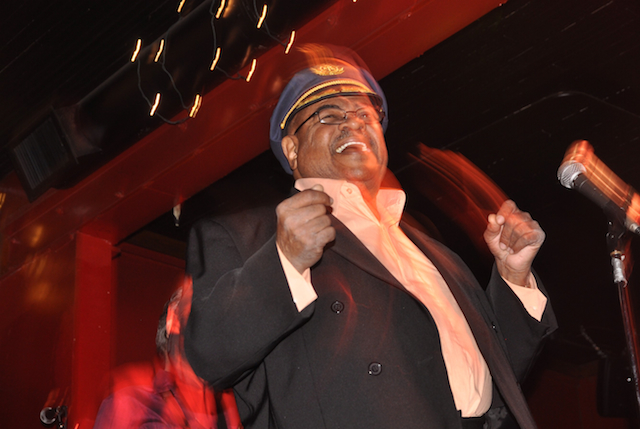 Atlanta has lost one of its undisputed rock ’n’ roll, soul, and blues music legends. “Weepin’” Tommy Brown was one of an early group of Southern gospel-infused rockers to make waves in the 1950s along with contemporaries Little Richard and James Brown. Big Joe Turner was an influence on Brown’s sing/shouting style. According to his website, Brown was born in Atlanta on May 27, 1931. His biggest national success, and the source of his nickname, was his 1951 #1 R&B hit titled “Weepin’ and Cryin,’” credited to the Griffin Brothers with whom he sang lead.

The song became a highlight of his dynamic show that often found him crawling across the stage and leaping into the audience, crying hysterically. It’s widely acknowledged that James Brown picked up aspects of his own inimitable concert moves from Tommy Brown.

Locally, Brown was also known for his 1949 recording “Atlanta Boogie.” It was notable as one of the first songs to coin the term “rock ’n’ roll.” Both “Weepin’ and Cryin’” and the lesser known “Atlanta Boogie” were staples of his live sets as was “Honky Tonk,” a huge 1956 R&B and pop hit for Bill Doggett that Brown claimed to have written.

Although he left the music business for decades — doing comedy during the ’60s and ’70s — Brown moved back to Atlanta in 1977, and made a comeback in 2001 due to the request of fans who remembered him as laying a foundation for soul, blues, and rollicking boogie. That culminated in Brown being inducted into the Blues Hall of Fame in Memphis in 2015, a clear acknowledgment of his influence on the music. The Atlanta City Council also honored him with Tommy Brown Day on Sept. 8, 2015.

Much of Brown’s work remains available. In 2002 he produced a reissue of his ’40s and ’50s sides, appropriately titled Classic Tommy Brown. He also released surprisingly solid albums such as 2004’s Remember Me, and 2009’s Rockin’ Away My Blues, that captured the enthusiasm and sheer sweat-soaked entertainment he injected into all his shows.

Brown performed through 2014 and even played a gig with the Breeze Kings for his 83rd birthday that year. However, he soon became too ill to continue his live work. He was a recognizable presence for over a decade after his early aughts rediscovery at Atlanta blues clubs Blind Willie’s and Northside Tavern.

Brown passed away on March 12 after being in hospice care for several weeks. He was 84 years old.

Funeral details are still coming together, but will be posted here as soon as they become available.