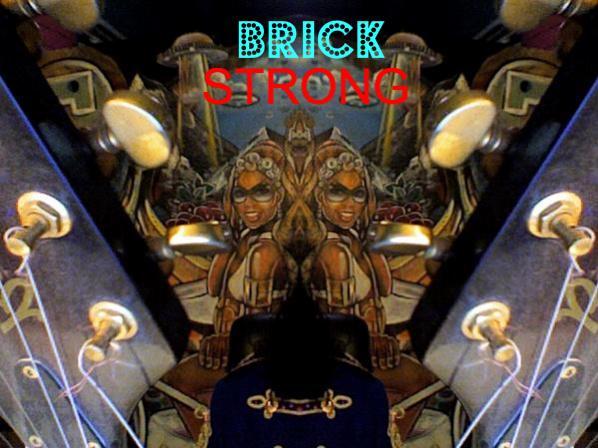 The title song "Strong" features vocals from Jamaul Brown (rapping) and Markesha Brown - who I'm guessing are also Jimmy Brown's son and daughter. It's a laid back brand of smooth funk-jazz reminiscent of their output in later years as Brick neared the end of a hit-making career. Between 1976 and 1982, they released six studio albums (Good High, Brick, Stoneheart, Waiting on You, Summer Heat, After 5) on the Bang label before releasing their last studio album, Too Tuff, on Magic City in 1988. In '95, Epic released a collection of their greatest hits, Best of Brick.

(If granted permission, we'll update the post with an mp3 of "Strong" for preview. Check back later.)