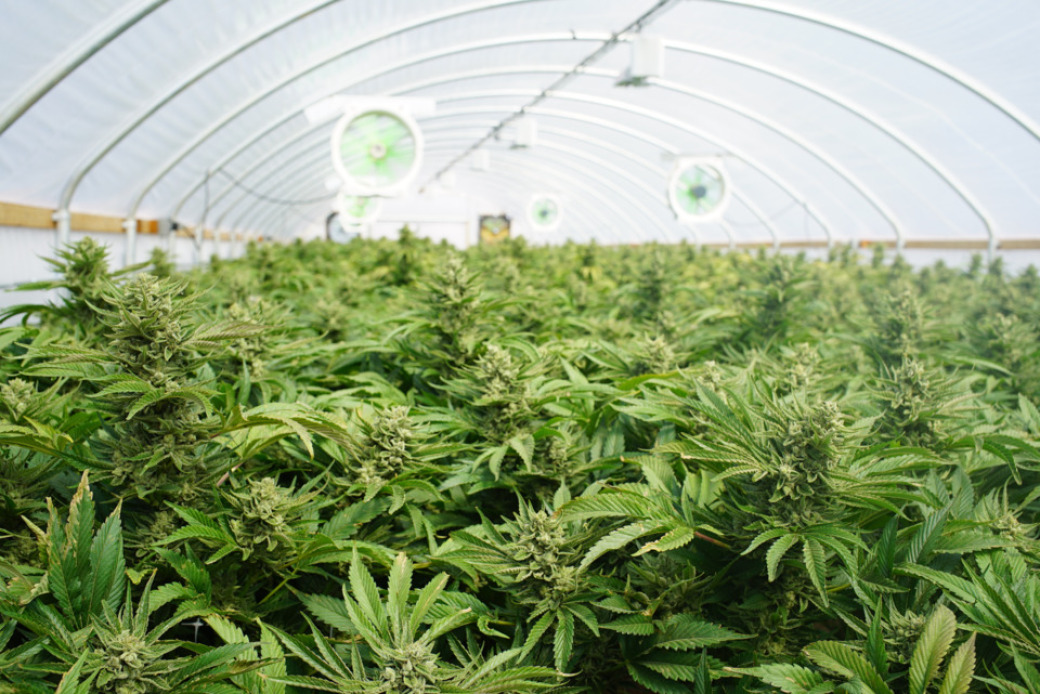 The District 2 Councilmember’s plan to reform Atlanta’s marijuana laws lumbered through city council debates for more than a year, largely due to confusion about how Atlantans would interpret legislation long lauded as a stab at “decriminalization.” The ordinance proposal was approved on Oct. 2 by a unanimous Council vote, and thanks to some ill-informed news outlets, cheery cannabis law reformists, and a disoriented citizenry, some city politicos are being celebrated for championing a weed law overhaul that never happened.

Hall’s newest proposal is not decriminalization, but rather deprioritization by the Atlanta Police Department and the city’s court. It merely relaxes the punishment for being busted by Atlanta police for holding less than an ounce of pot. The fine for the municipal offense is capped at $75 — a steep drop from the $1,000 charge previously imposed — and city cops are urged not to arrest people for petty possession. Urged, but not mandated.

A statement penned by APD sought to shed light on the legislation’s local impact, although you won’t find the department’s remarks in much media coverage of the bill’s passage. “To be clear, possession of marijuana, in any amount, is still a violation of city ordinances and state law,” the statement said. “The new legislation simply lessens penalties imposed by the municipal court for possession of less than one ounce of marijuana under the city code.”

The statement, emailed to Creative Loafing by a police spokesperson, continued to explain that Atlanta’s police force won’t devote much energy to cracking down on cannabis crimes: “We’d rather focus on those committing armed robberies and other violent acts.” The department’s comments also lend perspective to the confusion that bogged down the proposal as activists and local lawmakers ushered it toward a council vote. “We are aware there is a lot of misinformation on the passage of legislation by the Atlanta City Council on Monday concerning penalties for marijuana possession, including questions about decriminalization,” according to the statement.

According to Thomson Reuters’ FindLaw.com, “Decriminalization means that a state repealed or amended its laws to make certain acts criminal, but no longer subject to prosecution. In the marijuana context, this means individuals caught with small amounts of marijuana for personal consumption won’t be prosecuted and won’t subsequently receive a criminal record or a jail sentence.”

That hasn’t happened. State police, sheriffs, and even Atlanta cops can still lodge Georgia laws against offenders and drag them to jail. Many people — some journos, and a few prominent Atlanta rappers, among others — don’t seem to get that. “I signed the legislation decriminalizing jail penalties for possessing less than an ounce of marijuana,” Mayor Reed said in a video shared by Outkast rapper Big Boi. “So, as a result of the legislation by Kwanza Hall and Councilwoman Keisha Lance Bottoms, if you have less than an ounce of marijuana, the most that can happen to you is you can receive a $75 fine.”

That’s not the case, although Reed clarified in a statement that “possession of any amount of marijuana is still illegal under state law, and penalties can include jail time.” And it’s curious — but not shocking — that Reed found it necessary or appropriate to plug Bottoms as a co-author of Hall’s bill. She wasn’t one. But both Bottoms and Hall are vying to succeed the mayor, and the councilwoman, a longtime pal of Reed, has claimed the mayor's support.


The rocky road to ratification

Hall’s finished product, Ordinance 17-O-1152, has come a long way since the plan’s July 2016 inception as a broader effort to smite the city’s “quality of life” ordinances — laws which many say are used to prey on minorities and other marginalized people. But attempts to legalize spitting and urinating in public, as well as a litany of other charges typically imposed on the impoverished and people of color, were put on the back burner. In April 2017, the councilman’s proposal splintered, creating legislation that addressed just one of the 85 “quality of life” offenses: possession of marijuana.

BUMMER: Councilman Kwanza Hall, during an April City Council meeting, laments that his weed reform proposal has been sent back to committee. | Sean Keenan


But, just as when his pot possession reform was lumped into legislation concerning other minor crimes, the subject continuously, and fruitlessly, bounced between council chamber quarrels and public safety committee clamor. By the time the weed clause migrated to its own policy draft, Hall had entered Atlanta’s mayoral contest (August 2016), and a young black man, Deaundre Phillips, had been killed by city cops who said they smelled cannabis in his car (January 2017). Critics — namely, activists at Council meetings — claimed the police shooting resurrected Hall’s interest in the neglected proposal. The bill briefly resurfaced in the media, but faded again into committee clutter soonafter.

The would-be ordinance was, as the Atlanta Journal-Constitution put it, “revived” once more in September 2017, less than two months before Atlantans converge on the polls to pick their next mayor. Now, Hall’s campaign is surely riding the high of pushing this bill to actualization, but the politicking behind its bumbling trek to Hizzoner’s office could play the favor of one of the councilman’s competitors.

Bottoms, now a leading mayoral contender, for months criticized Hall’s marijuana legislation, frequently summoning city attorney Amber Robinson to back up her concerns of people misconstruing the proposal’s legal implications. What would happen if a teenage college student, thinking weed is now legal in Atlanta, strolled down the street with a joint in his hand, Bottoms wondered. What would happen if he was accosted by a state trooper and thinks he can’t be arrested? What would happen if he resisted arrest? “I don’t want blood on my hands,” she said on numerous occasions.

That line seemed to carry weight with the Council. Bottoms played a considerable role in burying Hall’s plan in committee meetings, but she never offered a solution to the problem she trumpeted. Until October 2, that is. The councilwoman pitched an amendment to the legislation which would put Atlanta police through training on how enforce Hall’s law — she told CL she drummed up the idea on the spot. Bottoms’ initial tweak would have wedged a “whereas” clause in the language, which is essentially a sentence or two providing context to the necessity of the draft. This “whereas” addition would have urged police to study up on the nuances of enforcing the new law, although that wouldn’t have been required. However, her idea for police education quickly — and to the chagrin and confusion of some councilmembers — turned into a binding condition in the legislation's body.


Councilman Ivory Lee Young, after the amendment was approved via Council vote, told his colleagues not to fret over the new language since, he believed, it was just tacked on as a “whereas” addition. Corrected, he said he was going to vote against the change, regardless. Other councilmembers suggested Bottoms’ idea would have been better off in its own ordinance. “It was the right spirit,” Hall later told CL, “but I think it should have been separate legislation based on how we usually do things… At the worst, it should been in the ‘whereas’ section as opposed to down in the body of the legislation.”

State Sen. Vincent Fort, another mayoral contestant, raised an eyebrow at the timing of Bottoms’ newfound interest in ratcheting up the city’s weed laws. The Democratic Atlantan said in an interview after the vote that, because Bottoms put the finishing touches on Hall’s legislation, “she’ll able to say, ‘That was the only reason I voted for it after a year of obstruction and delay.’” During the pre-vote public comment time, Bottoms blasted Fort for failing to escort similar, state-level legislation to Gov. Nathan Deal’s desk. It was a blatant political power move.

The fact of the matter, however, is Fort has put more elbow grease into the fight for marijuana law reform than the dozen other candidates gunning for Atlanta’s chief seat. During the last legislative session, for example, the senator sponsored legislation similar to Hall’s. Senate Bill 105 would have reduced the charge for possession of two or fewer ounces of weed from a felony to a misdemeanor under state code — he’s pushed for similar laws before. The proposals never made it off the Republican-dominated Senate floor, but Fort still shepherded activists to City Hall to support the cause at the local level.

Hall told CL that he doesn’t think Bottoms’ eleventh-hour adjustment will dampen his legislation’s impact, but, like Fort, he conceded that she’ll be able to snag some credit for finalizing its drive. Mayor Reed, who's long seemed disinclined to pledge his support for Hall’s weed reform proposal — Hizzoner has said he thinks cannabis is a “gateway drug” — whipped out his pen soon after Bottoms’ amendment helped steer it toward his desk. He then congratulated both councilmembers "for all their hard work on this legislation" via Twitter, after he etched his autograph on the ordinance.

“People of color — young and low-income people — are disproportionately jailed with sentences up to six months for possessing small amounts of marijuana,” Reed said in a statement. “An average of 1,000 people are arrested each year in Atlanta for possession only. We needed to change that.”

Still, it seems some of the mayor’s constituency might want to read up on the practical effects of the city’s new law. At least, per Bottoms’ insistence, Atlanta’s police force will be doing its homework.