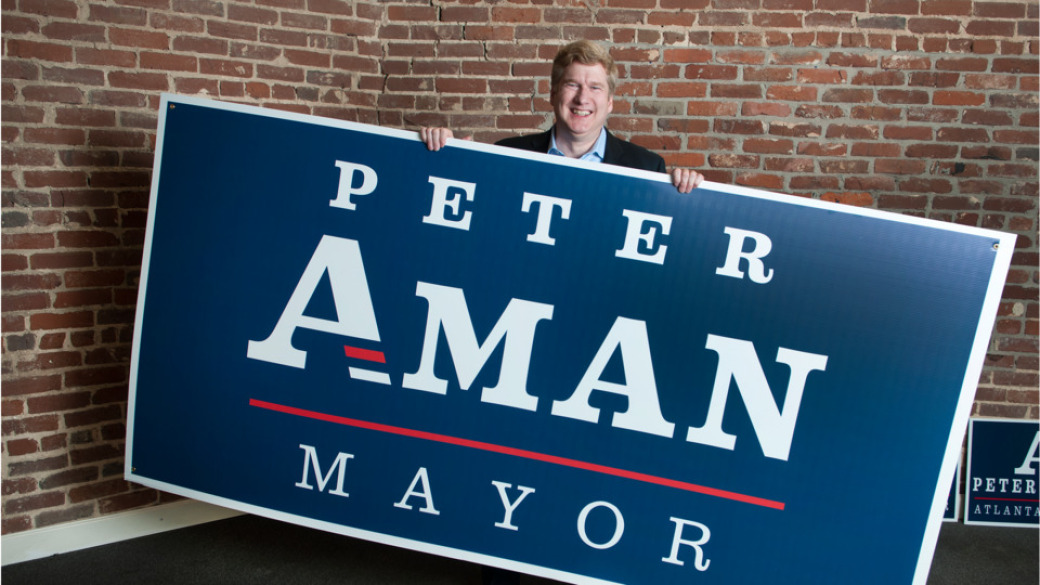 Peter Aman is a liar, says Atlanta Mayor Kasim Reed's office, in a last-ditch swipe at the candidate vying to snag the chief seat.

Reed's team is referring to Aman's claim that buddying up with certain [corrupt] city contractors could swing significant support his way at the ballot box. Aman says he's been approached with such offers, but never tattled because there wasn't talk of specific sums changing hands.

Says Reed spokesman Tom Sabulis: "[Aman] claimed he kept the number for the U.S. Attorney on his desk, yet he couldn't find that number earlier this year when he alleges someone approached him with an inappropriate offer for fundraising support." Sabulis continues, saying Aman, after serving as the mayor's chief operating officer for a year, begged to stay on the team "so he could cleanse his resume of his poisonous Bain & Co. associations, in order to run for Mayor."

That's a load of baloney, says Aman in a statement sent to Creative Loafing. “Given the cloud of corruption that covers City Hall right now, I️ am surprised the mayor would come perilously close to misusing public resources to issue an obviously false statement," he says.

Later in the city's statement, Sabulis knocks Aman for writing hefty checks to his own campaign. That part is true, but the jab at Aman's polling numbers that follows is a bit perplexing — the ex-COO has seen the most substantial surge in support of the lot of candidates. "After having spent more than one million dollars of his own money, and seeing his polling numbers collapse, he is growing desperate," the statement says.

Aman says, if elected, he'll show the city what a mayor with manners is like. "When I am mayor, I will treat people with respect and have a City Hall where everyone feels safe and welcome," he says. "My communications office will send relevant and useful information to residents and our neighborhoods on issues they care about and used as a pulpit of hope, not a bully pulpit. I will be committed to open dialogue, not diatribes.”

Check out the city's full statement below: