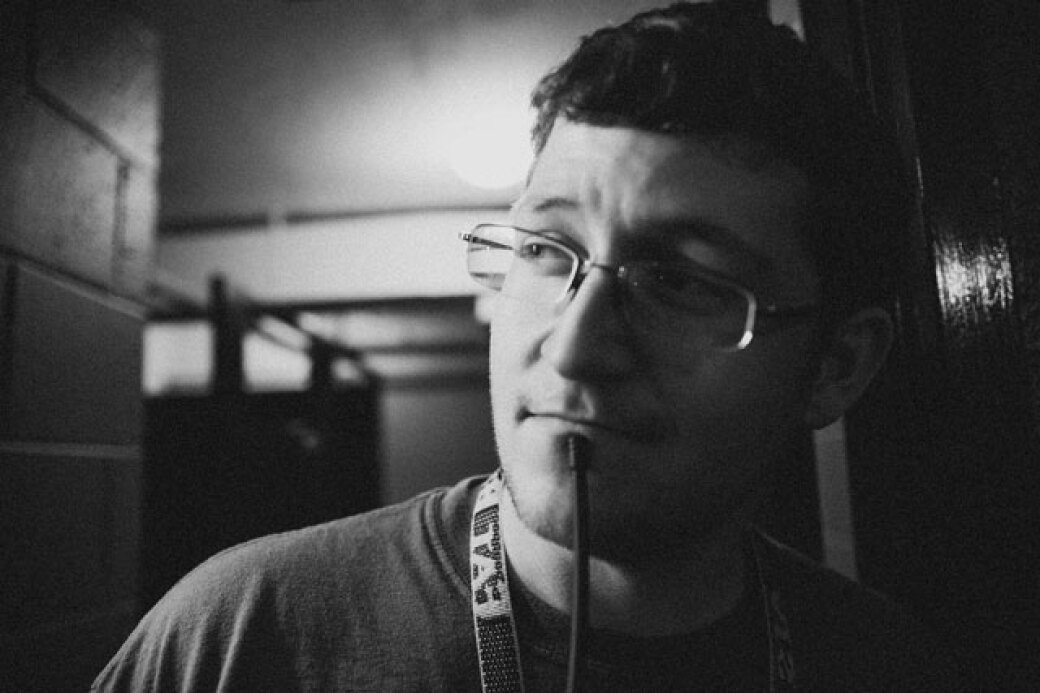 In Spring 2005 Andy Harrison, aka DJ Synthesis, was on the road with Atlanta hip-hop trio Psyche Origami. In exchange for practically every gig the group landed, they promised promoters and artists they'd return the favor on Psyche O's home turf.

The A3C Independent Hip-Hop Festival was initially conceived by the group's label heads, Arc The Finger (ATF) Records co-founders Brian Knott and Kevin Elphick, as a means to rally the connections they'd made while booking shows throughout the East Coast, West Coast, and Southern states by hosting one big blowout that repaid their debts. It was a low-budget, DIY endeavor, but over the years A3C has become one of the country's largest hip-hop gatherings. Ten years later, Harrison sports the title Senior Director of Operations and Technology, and he is one of four A3C partners. On the eve of A3C's 10th anniversary, Harrison relives the hip-hop odyssey that he helped put into motion.

When we first launched A3C the vibe was electric. We had built great relationships with acts from around the region — there were tons of people out of Florida and the Carolinas doing great things. When Kevin Elphick at our label, ATF, suggested an aggregated event that called in all these favors, it was immediately a great idea, and it would expose all these kindred spirits to the larger Atlanta scene.

The first A3C was three nights on one stage at the Loft. There were 27 acts, nine per night, and we booked them with very little time between sets. If they didn't start and end on time, someone was getting cut off. I remember pleading with the sound guy to allow one last act to play, because they were starting right when we were told to be done. They had driven from Asheville, and I was saying, "Please bend the rules for me."

It was just a couple of kids doing experimental music, but we'd invited them down to play. Battling the clock was a problem all three nights, but everyone played. People made friendships and set up shows in some of the areas where people had traveled from to be there. That's how it was the first three years.

Now, the term "festival" doesn't really capture the cultural aspects of what we do, but in the beginning it was just about music: regional, hungry, young acts that wanted to form a community.

In '07 Souls of Mischief played. In '08 we had Aceyalone, who is one of my favorite L.A. rappers. That year we dropped "Independent" from the name and booked some national acts. We went multiroom: We used Vinyl, the Loft, and Center Stage; back when we started it was called Earthlink Live. We booked Jeru the Damaja, Del the Funky Homosapien, Little Brother, and Wale.

We also did a Juice Crew reunion: There was Biz Markie and Roxanne Shanté. Masta Ace didn't make it, and I think Big Daddy Kane missed his flight or something. That was a tough year.

We grew too quickly in '08. It was ambitious to go from one stage to booking national acts in all three rooms. We more than doubled the attendance, but it didn't feel like it since we quadrupled the space we had to fill. That was the last year we did it there, and we weren't sure if we would do another one.

In 2009 we wanted to prove that we could do this at a sustainable level, so there wasn't a goal of growth. We moved it to East Atlanta, and it looked very different.

There was a graffiti art contest at 529. And at the time, the most recent incarnation of the Echo Lounge was a place called Ice House. We did the deal, then they decided they were going to shut down before A3C happened, so they ended up sort of extorting us out of more money to stay open for A3C, which we gladly paid. That year we put my all-time favorite rapper there: Rakim. That was the first time in a while, and probably the last time since, when I felt nervous. I'm hanging out with Rakim, and he's playing my favorite songs. We had DJ Premier at the Earl, and we had another one of my all time favorites at 529: People Under the Stairs.

A3C still wasn't big, but break dancing was busting out on one side of the street, and MC cyphers were breaking out on the other side. Everyone was participating in an authentic, organic, and casual way. It felt like my own personal hip-hop wonderland.

That's when A3C started growing for real. For 2010-2012 we made the Masquerade our hub. We grew a lot in both attendance and scope during those three years, and after 2012 it was a mutual decision to leave Masquerade. I think Masquerade's hope was that we would grow there using a more traditional festival model. They thought as we added another 2,000 people, we'd put them in the music park. But our strategy was to grow citywide. During that last year there, only about half our content was at Masquerade. The other half was in venues like Terminal West, where we had Big Boi, GZA from Wu-Tang, and Killer Mike.

I think the Masquerade thought, "Why isn't that concert here?" We're saying, we already booked them there, but we've got Raekwon, M.O.P., and Dead Prez here, and all these people, but we just weren't growing that way organically. The festival had taken on a life of its own. There was a ton of stuff at WonderRoot and in East Atlanta. The cap on how big we would get at Masquerade was seen by everyone involved. Frankly, the fall is a competitive time. They can book a jam band or something that will sell out the music park on a Saturday night. We were putting people in small venues across the city.

When we left, there was no love lost, and 2013 was a year of growing pains. There were a lot of things we appreciated about Masquerade that weren't baked into booking shows on a city street: sanitation, power, restrooms, fencing, EMTs, security. When you're putting a stage in a parking lot you've got to think from the ground up. Getting called down to the Mayor's Office of Special Events to answer some things that weren't clear on our permits was scary, but they were great. At first we were like, "Um, the Mayor's Office of Special Events wants to see us about permits?"

Kwanzaa Hall encouraged us to go to the Old Fourth Ward, which was another huge step in our evolution. Footprint-wise, 2014 will look similar to last year, but we've reeled it in. We're doing shows in Midtown, Old Fourth Ward, and East Atlanta. We're running some buses again, and we're offering a deal with Lyft to get people from venue to venue.

When people think of a festival they think standing in the sun, buying $9 beers. That doesn't fit A3C's model. And when people think about a conference — panels and industry mixers — we don't quite fit that either. In our world, everyone's in the industry. That's a large revelation we're seeing. Everyone at A3C is friends with an artist or producer. They're interested in managing, technology, or they're part of hip-hop's social story. It's their lifestyle or business. You might be standing next to one of your favorite rappers, cheering. Then the guy next to you gets on stage. People at A3C aren't just fans of the culture as much as they are agents of the culture.

This interview has been edited and condensed.