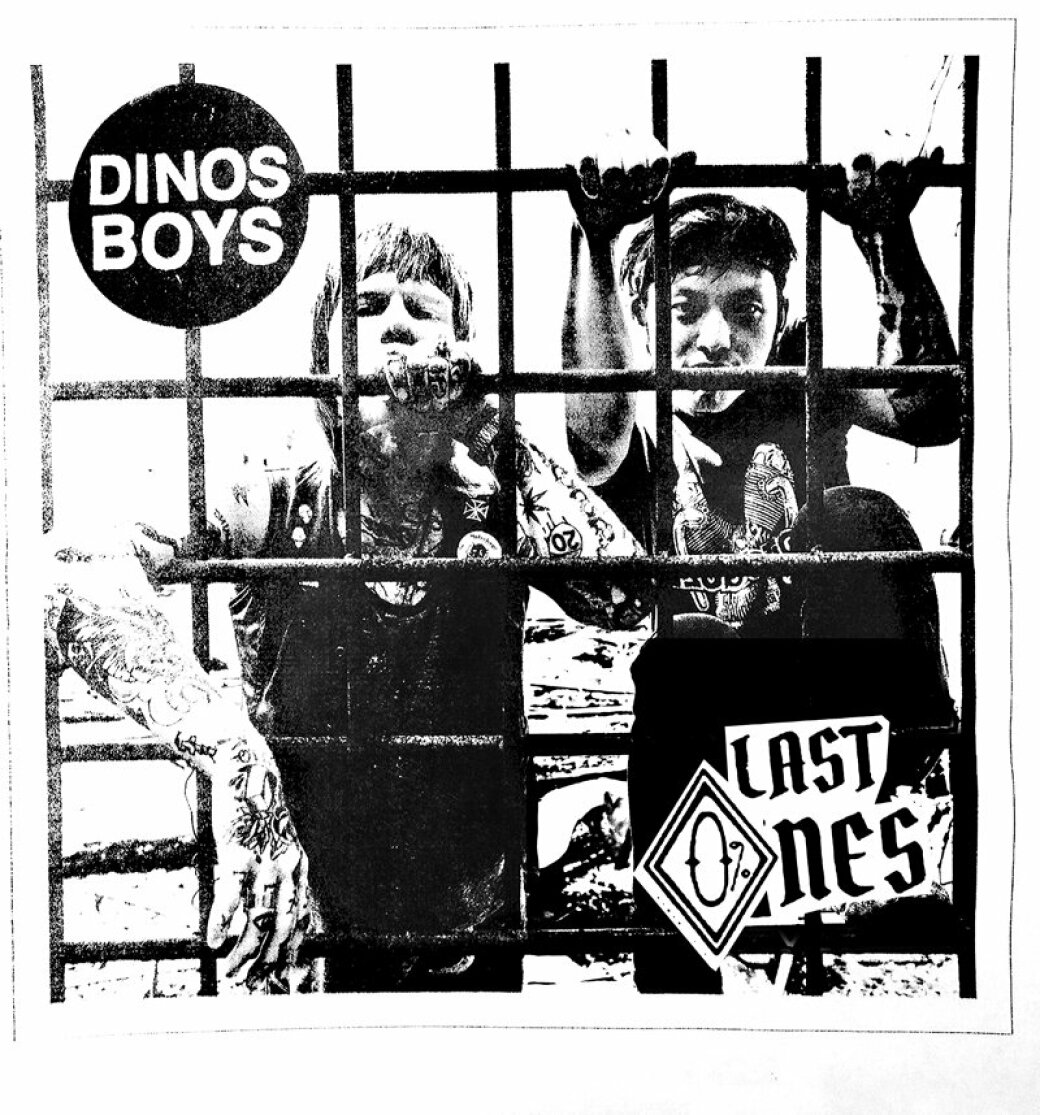 Dinos Boys may have been born in New York, as was the group's gritty and rebellious rock 'n' roll sneer. But the sounds of its debut album, Last Ones, co-released by Atlanta garage punk stalwart Die Slaughterhaus and NYC's Oops Baby Records, fit the canon of modern ATL like a hand in a fingerless black leather glove. This should come as no surprise. When singer and guitarist Danny Song formed the group's Atlanta chapter and took the stage for the first time in January 2012, he turned to a lineage of local musicians who had set the standard for '70s worship in the local rock scene of the early aughts: the Heart Attacks lead singer Chase Noles (guitar, vocals) and former Beat Beat Beat member Mike "Bison Beavers" Koechlin (bass).

Drums have been handled by a few like-minded punks: Founding drummer Matt McCalvin gave up the seat to focus his time and energy playing in local outfit Zoners. Recently, drum duties have been taken over by Tyler Kinney of local hardcore bands Ralph and Manic, and son of Drivin' N Cryin's singer and guitarist Kevn Kinney.

Sporting a band name that's an acronym — Despicable, Ignorant, Nasty, Ole Shitstirrers — while unintentionally name checking Dino's Bar and Grill, a hangout mentioned in Thin Lizzy's 1976 bad boy anthem "The Boys Are Back in Town," Dinos Boys have a reputation that's tougher than the typical garage punks and cassette-tape fetishists. But that's not to say the group's music or image are without a sense of humor. Anyone who has ever caught one of the group's live sets and listened to Noles' between-song banter from the stage knows the humor all too well. Likewise, the group's songs are rowdy, raucous, and lot of fun.

The 11 songs that make up Last Ones span only about 20 minutes of harmony and riffs taking cues from a '70s punk pretense of both East and West coasts, pub rock, occasional hints of U.K. glam attitude, and some Aussie proto-punk to boot.

The sing-along anthems of songs such as "She Cut Me," "Be Low," and "Marie Laveau" recall the guitar-driven pop of early California punk instigators and 2013 Atlanta Mess-Around co-headliners the Zeros. Rougher around the edges, but still catchy due to Song and Noles' shared vocals and guitar riffs, cuts like "Rookie" owe abrasive New York proto-punks the Testors a debt of gratitude. The album's highlight, "Knee High," builds on some rock 'n' roll clichés ("Since I've been knee high, I've been ready to ride"), but it's the best glam stomper to come out of Atlanta since the Barreracudas' "Ballroom Disasters" heyday.

The rawness of both the recording and the band's presence throughout each song underscore a sense of immediacy — an element that's missing from a lot of modern punk records. And even though Last Ones is filled with songs that hearken to Dinos Boys' "ex members of" family tree (Beat Beat Beat, the Heart Attacks, etc.), these cuts don't give a nod to its members' former glories as much as they thrive on a new strain of punk energy, serving as notice to the rest of the world that rock 'n' roll is alive and well in Hate City.