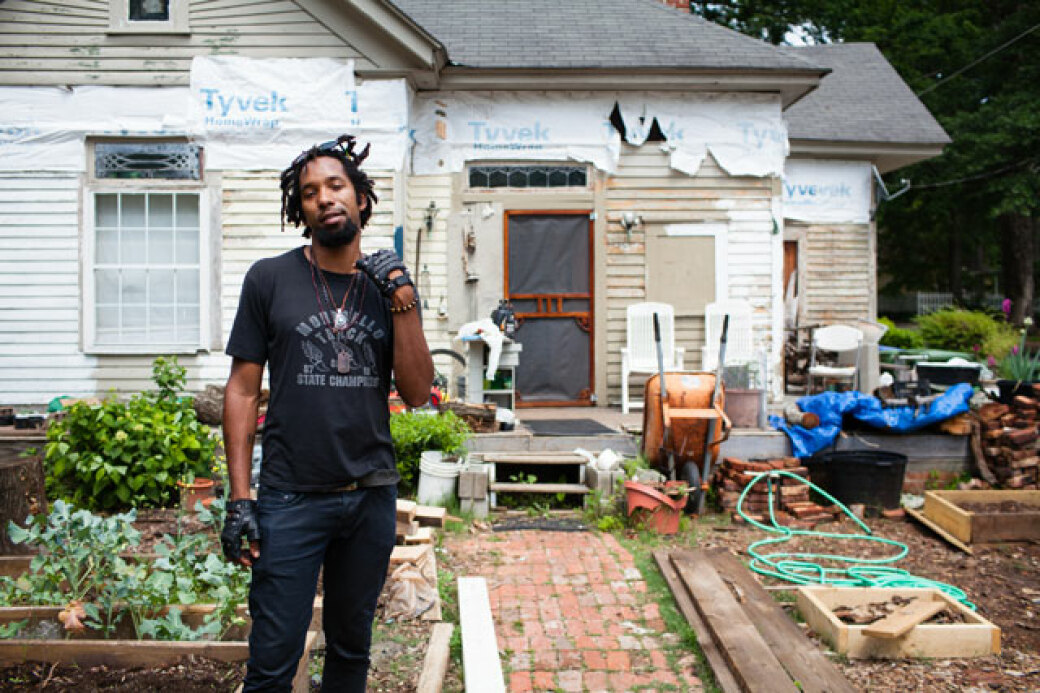 The Atlanta jazz scene has journeyed through plenty of changes over the past 15 years, from promoters such as Euphonic Productions and series such as Sounds from the Underground; from the reliance upon actual word-of-mouth promotion to the more pervasive social media. But the spirit of jazz has always remained strong, due in part to the steady, unflinching presence of prolific saxophonist Kebbi Williams.

"I have a deep deep love for the Atlanta jazz scene," says the Atlanta native. "I feel like our scene is one of America's best kept secrets — our music scene as a whole is a worldwide gem in my opinion."

While Williams may be nationally known for his work with OutKast — he co-wrote the horn interludes on Stankonia with Hornz Unlimited and had featured solos on "Speedballin'" — and his performances on the Tedeschi Trucks Band's 2012 Grammy award-winning Revelator, his reputation around town is tied to his fiery, funky, and free playing.

"I do have a sincere appreciation for composition and structure," Williams says. "But my true heart is with blind pure improvisation."

Williams' work on Russell Gunn's Ethnomusicology series has the urgent passion of a young John Coltrane on both the originals and the covers. But perhaps his most adventurous recording happened as a result of a May 28, 2003 performance with fellow saxophonist Eric Fontaine. On it, both players complement each other on their respective tenor saxophones, listening intently and responding with an astounding sense of premonition. Deranged beauty is tapped on the shoulder by free jazz fury and asked to dance. Williams' love for improvisation is, perhaps, more evident here than any of his other recordings. It is a fantastic listen, and available for free via Fontaine's podcast site.

The session recalls the days when Williams played at Eyedrum's original Trinity Avenue location Downtown with percussionist Kinah Boto, whom he credits with introducing him to Atlanta's improv music scene. But Williams was doing much more than playing improv and free jazz at the time.

When asked about the cross-pollination of music scenes in town today, Williams praises the city's high level of interaction.

"I feel like the nineties were great for Atlanta surrounding the Olympics, but still there were very segregated scenes," Williams says. "Now, I believe we are more tolerant and open to each other."

Williams' recent Music in the Park concert series at Space Atlanta in the West End was an incredibly multi-cultural event, in terms of both musicians and crowd. In the coming year, Williams will continue his brand of community outreach, including tubas and horns in a slight deviation of his recent Wolf Pack collaborations.

"Last year we produced a theatre show in the park and had a high school marching band involved," Williams says. "When we would take breaks the tuba guys would play these super funky fanfares. It was from them that I got the idea to mix marching tuba fanfares with my jazz friends and melodies."

Williams' musical gumbo arguably makes him Atlanta's best ambassador for jazz, and for the music scene as a whole.