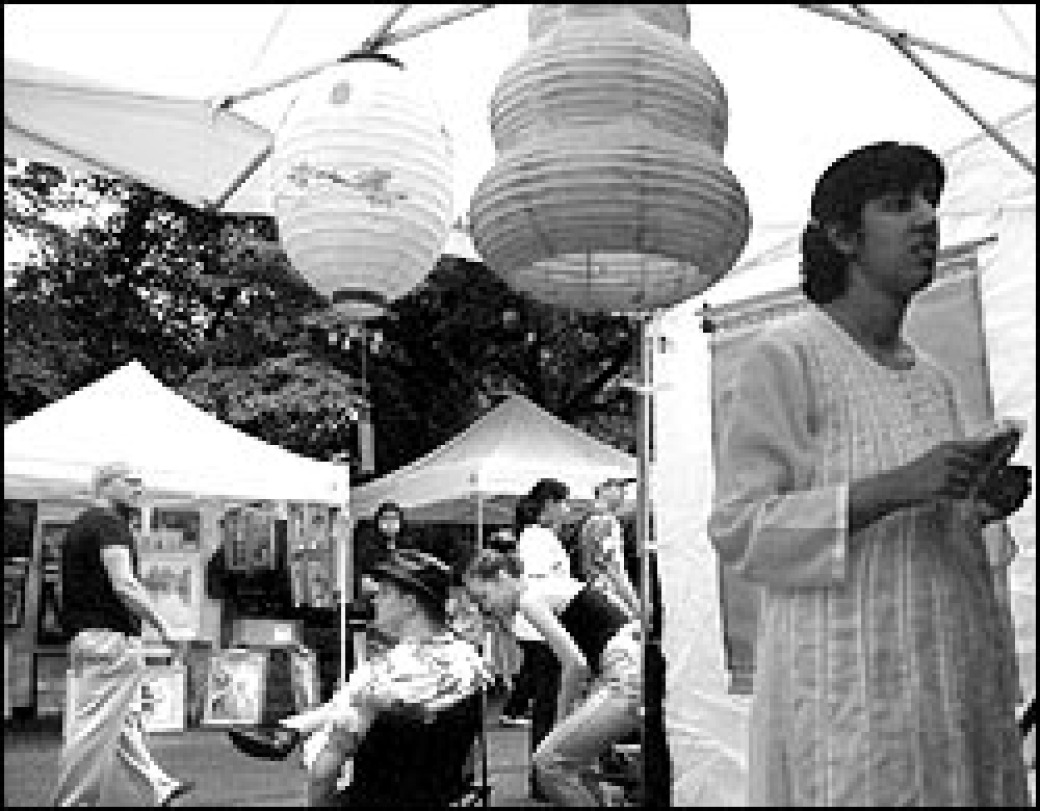 What early birds saw June 3 when they arrived at the Virginia-Highland arts and music festival Summerfest: more than 200 arts and crafts displays, dozens of food vendors, band stands for the 15 live acts that performed and a screaming match between two of the event's organizers. Summerfest Chairman Aaron Gross and Kathy Barkley, chairwoman of the artists' market committee, got into a heated exchange over a minor miscommunication — a vendor selling iron works was mistaken for an art-contest participant.

But that confrontation lead to Gross' departure as the event's lead coordinator and the resignation of at least five other Summerfest volunteer organizers. Now, some Virginia-Highlanders are worried that the quality of one of intown's largest festivals will suffer — or worse.

"Summerfest is in jeopardy," one of Gross' supporters says. "There's no one I know that wants to run it. If they don't find someone, it doesn't happen."

It's also the Virginia-Highland Civic Association's sole source of funding, netting more than $40,000 last year. The association uses the money to fund community organizations, neighborhood schools, parks and libraries, and to finance legal actions [see story on facing page]. Gross estimates the event raised about $250,000 over the past eight years.

Both Gross and Barkley say their confrontation had been brewing for a long time. Barkley calls last spring's argument the "final straw."

Says Gross, "It's an internal problem that could have been resolved easily if all the problems were communicated."

On June 8, Barkley sent a 2,000-word e-mail to every association boardmember, except Gross, that outlined her beef with him. Gross' dismissal came at the association's Aug. 7 meeting, which one member described as a "bitch session about Aaron, filled with personal attacks against him."

At that meeting, Barkley's husband, attorney W. Benjamin Barkley, proposed to eliminate the $5,000 stipend paid to the Summerfest chairman and to create an oversight committee with authority over the chairman. The board approved both measures, and the message to Gross was loud and clear.

"It just went downhill, became personal, and then it became political," he says. Now, Gross says he won't seek re-election to the association's board, and won't organize another Summerfest.

"I don't think it's a bad thing, and I don't think Summerfest is in jeopardy," Kathy Barkley says. "It's good for the festival to get fresh, new blood in there --somebody with new creative ideas who has the energy and willingness to actually go and start doing things, versus just kind of letting things happen."

Yet plenty of Virginia-Highlanders say Gross was always on top of the game and deserved much more than the $5,000 stipend.

"For years Aaron has been doing Summerfest. He put in tons of his own time and made the event a success," says Steve Kushner, a civic association board member and assistant to the Summerfest chairman. "This was just a silly power play. No, it doesn't even rise to the level of silly."