Is Memorial Day a meaningful holiday?

CHRIS, ATLANTA
Yeah. All the cats that died get this day. My Dad was in the military for 29 years. He deserves his day. To me it's letting them know what they went through and that they got fucked. I respect that. It's tough going to the other side of the world, killing people, people you don't know, and maybe half not knowing what you're there for. I'm against war, but most of them were against war, too. If I killed someone, I would be so disturbed I would kill myself. But I'd definitely kill a Nazi, point-blank, and I wouldn't kill myself after killing the Nazi.

JEFF, ATLANTA
Folks have more appreciation for the Korean Vets and those earlier but not Vietnam vets. I try not to hold anything in my heart or mind that's negative. But the military taught me discipline. It put me on the right path and gave me a second chance in life. But we've managed to forget Memorial Day and what's important in life. On Memorial Day, I'm packing my bags and leaving town. It's just a matter of timing. I'm going to Oregon and sit in a 200-year-old fir tree so they won't cut the damn thing down.

ALISA, ATLANTA
My grandfather was a P.O.W. He was shot down somewhere in Asia and to this day he won't eat rice. My Dad was a vet. My father's best friend was killed in Vietnam and my brother is named after him. So it means a lot to me in that sense because I have such a family history. You don't want to forget that. I'll call my dad and my grandfather on Memorial Day, and then I'm going to go to Universal Studios. I've never been to Orlando.?? 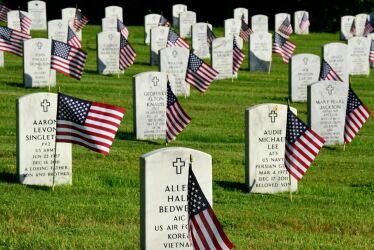