Faubourg Treme, Hip-Hop: Beyond Beats and Rhymes, Something Is Killing Tate and more 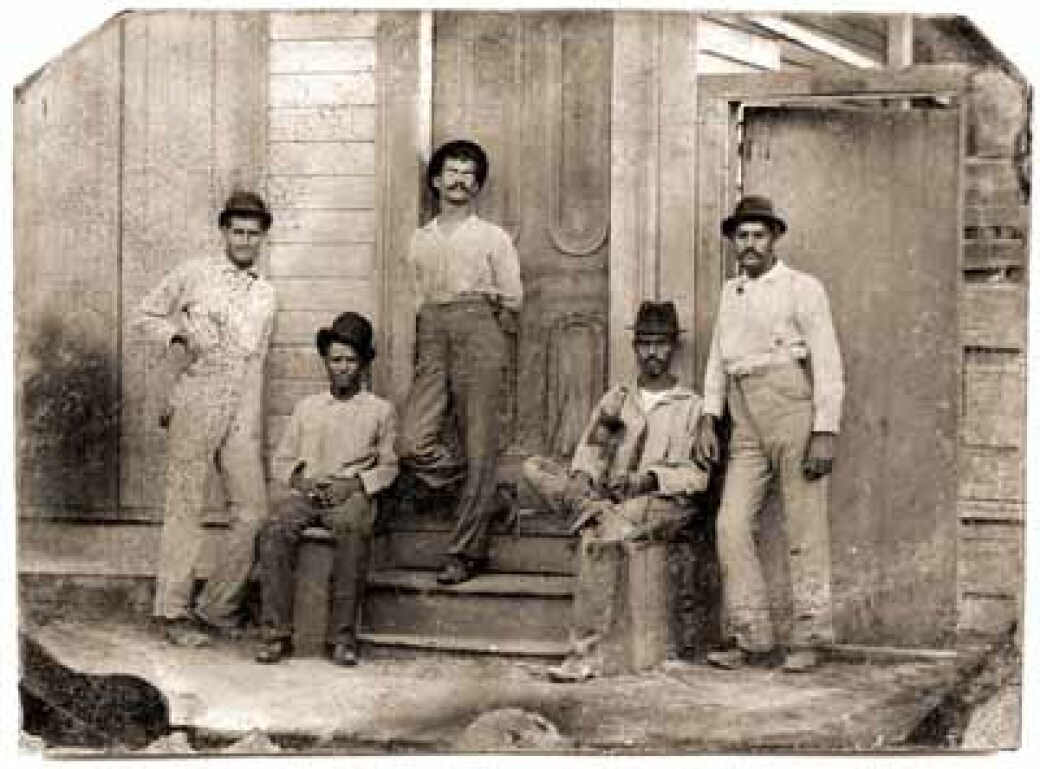 Faubourg Tremé: The Untold Story of Black New Orleans 3 stars – Faubourg Tremé has forever represented the racial paradoxes that lie within New Orleans' historic neighborhoods and define the city's culture. The home of the famed Congo Square – in which slaves were allowed to gather and celebrate their cultures – also was the site of some of the city's worst urban-renewal decisions that literally tore up the neighborhood. And then came Hurricane Katrina.

Newspaper columnist and native New Orleanian Lolis Eric Elie retraces the neighborhood's complex history and its uncertain future in Faubourg Tremé: The Untold Story of Black New Orleans, his collaboration with Oscar-nominated documentary filmmaker Dawn Logsdon. The story's built around Elie's return to the neighborhood after a stint with the Atlanta Journal-Constitution. Elie as a lead character doesn't always work, but his point of view offers personal insights and a chance to meet the endearing contractor who helped him restore his Creole cottage. Irving Trevigne speaks for most New Orleanians' pride in their history when he takes a break from his work to note, "I'd rather work on an old building than a new building. ... When you can bring 'em back, you know? It makes you feel better."

For the filmmakers, though, Tremé is forever a neighborhood under siege. Years of racist backlash and segregation followed the promise of Reconstruction, and poor city planning and the construction of I-10 all but snuffed out the cultural riches that sprang from the area (jazz, Mardi Gras Indian gangs).

While Tremé was spared the worst of Katrina's floodwaters, its residents – many of whom have yet to return – feel abandoned yet again by their government. "I'm wondering now how can our past help us survive," Elie says at the film's beginning. By the end, the question remains unanswered. Thurs., July 17, 6:35 p.m. Woodruff Arts Center, Rich Theatre, 1280 Peachtree St. 404-733-5000. www.nbaf.org.

Hip-Hop: Beyond Beats & Rhymes 3 stars – Byron Hurt is conflicted. Like many of his generation, the filmmaker grew up on hip-hop, and loves its sense of urgency, its relevancy and of course, the beats. But it's the conflicting relationship with manhood and masculinity that troubles Hurt, and he deftly addresses those concerns in Hip-Hop. Hurt mixes his own perspectives with interviews from a wide range of sources, including social theorists such as Michael Eric Dyson, hip-hop artists such as Chuck D and Jadakiss and everyday fans.

Together, they reveal how sexism and homophobia keep hip-hop from being an even more transformative music genre than it already is, partly because of the virtual corporate takeover of its artistry back in the '90s.

"The dominant image of black masculinity in hip-hop is the fact that somebody can be confrontational. But they're confrontational with the wrong cat," says Chuck D in a series of prescient comments. "They're not ever confrontational with the cats who will claim, you know, 'I'll wipe your whole neighborhood out,' because, they're almost like trained not to even see them. It's like, 'My beef is with this cat right here, that looks just like me.'"

Hip-Hop also features lots of local flavor, thanks to the Spelman College faculty's and students' mixed emotions about rapper Nelly's planned visit to the school for his bone-marrow drive. (His "Tip Drill" video features a shot of him sliding a credit card down the crack of a woman's butt.) The students recommended a forum after the drive to discuss his views on women; Nelly declined.

Spelman women's studies professor Beverly Guy-Sheftall put it succinctly: "Women are primarily sex objects and people to be fucked. It is that kind of message and those kind of images that we want to disrupt." Fri., July 25, noon.

For more on hip-hop, check out Bling: A Planet Rock, Raquel Cepeda's documentary about rappers who travel to Sierra Leone to learn about the lethal diamond trade. Fri., July 25, 2:45 p.m.

Something Is Killing Tate 3 stars – There's not much of a mystery as to what's killing Tate (Jocko Sims) – it's his past. But as writer/director Leon Lozano's melodrama slowly unfolds, we learn why.

Through flashbacks, Tate revisits his childhood demons and the abuse he and his sister endured at the hands of their stepfather and the turned head of their mother. Lozano's use of black-and-white imagery to separate the past from the present might feel cliché if it weren't for his selective use of color in some scenes.

It's not an entirely unfamiliar story, but Something is Killing Tate survives on Lozano's sympathetic script and the cast's earnest performances, particularly Sims as Tate. A less-skilled actor might feel encumbered by a story that keeps his character practically trapped inside his home following an unsuccessful suicide attempt, but Sims digs deep into his character and finds his humanity. Lozano also coaxes subtle performances from the small ensemble cast, including Aliza Pearl as Tate's fiancée, Renee. Fri., July 25, 8:20 p.m.

For another promising feature film, check out Carl Seaton's Of Boys and Men, about a man trying to hold his family together after losing his wife in a fatal accident. Stars Robert Townsend and Angela Bassett. Sat., July 19, 8 p.m. 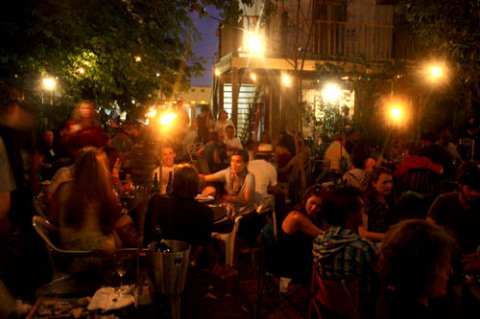 To summer in New Orleans, you must cool off with a fresh cocktail | more...

Waterhouse, who also moonlights as a freelance arts journalist, has met plenty of interesting people as co-host of...

... feels like an incidentally zydeco album, and Stanley Dural wouldn’t have it any other way. | more...

Various Artists The Man of Somebody's Dreams: A Tribute to the Songs of Chris Gaffney Article

What started out as a rallying cry to help a sick friend in need turned into a post-mortem tribute album conceived by old friend Dave Alvin, and Dave Gonzalez, Gaffney's co-founding partner in the Hacienda Brothers. Gaffney succumbed to liver cancer during the making of the album. The band seamlessly blended country-western and R&B, appropriately dubbed Western soul, and this album brings a... | more...
Search for more by David Lee Simmons