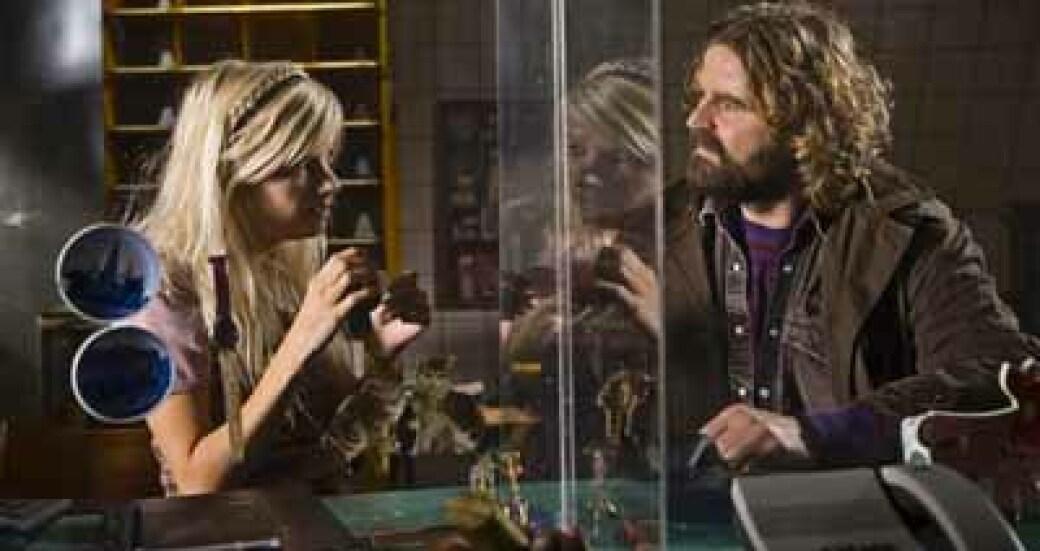 Reports of a late-night streaker throw a small town into a tizzy in the doggedly quirky comedy Just Like Home, the final film of the High Museum's Danish Film Festival. The scandalized gossips repeat the words, "You could see everything," which proves particularly funny given that practically no one did see the unclad pedestrian. Plus, the refrain hints at the villagers' reflexive panic that their secret selves will be revealed.

Just Like Home relies on the kind of wryly comic contrivances that defined the cult TV series "Northern Exposure." Laborers go on strike when wrongfully suspected of streaking, leaving the town square as a raw, unfinished construction site. A handful of neighbors, each with their own eccentricities, band together to run "The Silent Ear," an advice hotline that they hope will flush out the identity of the unknown nudist. By the end of the film, everyone gets exposed in one way or another.

Director Lone Scherfig belongs to a generation of Dutch filmmakers who gained international attention through the Dogme 95 film movement and its "vow of chastity": a series of aesthetic restrictions (hand-held cameras, no artificial lighting, etc.) meant to focus the filmmakers' attention on story and acting over special effects and other gimmicks. Much of the Dogme 95 output had a scrappy energy. Scherfig stood out with her 2000 film Italian for Beginners, a charming ensemble romance with a similar vibe (and several of the same actors) as Just Like Home. The Dogme films shared a grungy look, and Scherfig seems to revel in the chance to present the town in a loving photographic sheen.

Ann Eleonora Jørgensen captures the big-eyed, ethereal comedic presence as Margrethe, a fugitive from a staunchly religious sect who drinks cold water to suppress sexual urges. Another standout is Peter Hesse Overgaard's Lindy Steen, a self-important lecturer and intellectual who tries to seduce women with his phony high-brow shtick.

Scherfig gathers a likeable ensemble and sets a tone of loose, casual encounters. But the plotting becomes increasingly contrived as the film goes along, particularly in the scenes involving a pair of bitter siblings brought together by illness. By the time Scherfig reaches a labored final sequence of public naked solidarity (reminiscent of photographer Spencer Tunick), you're more than ready to get out of this particular town. Just Like Home provides a pleasant stopover – for a little while.