Two French restaurants that have survived the years 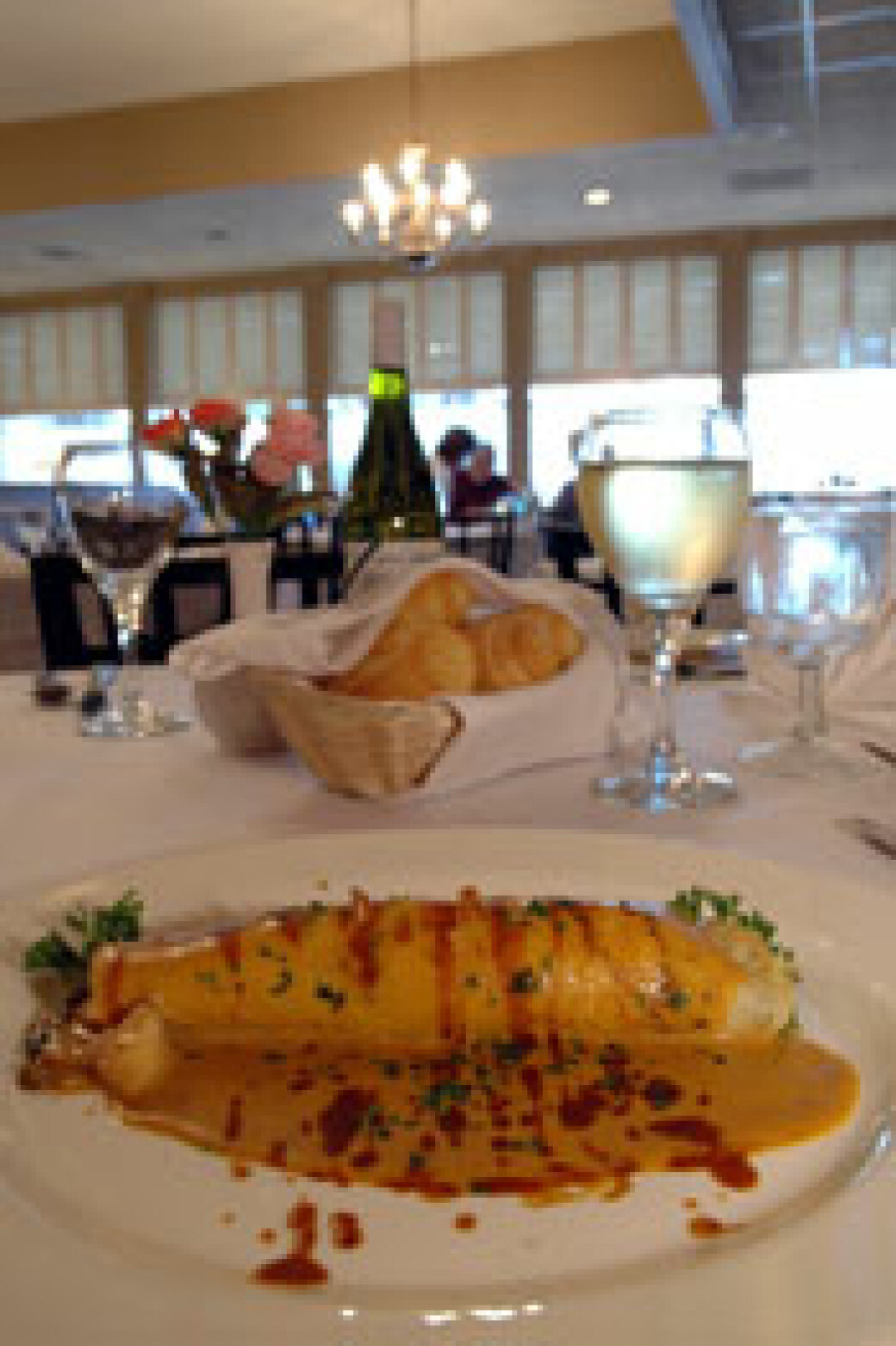 Nostalgia sweetens everything. Word that Martha Stewart is developing new recipes for microwave cooking while in prison gives me a wistful feeling, makes me recall the headier days when she was showing us how to decorate a genuine oven-baked sheet cake to look like an American flag.

And then I walk into a 30-year-old restaurant and I get all gooey-feeling because, instead of those little spotlights suspended on wires you see in every restaurant in town, I see chandeliers. There's a big crystal one in the lobby, along with two crystal lamps on the wall. Four brass chandeliers in the bar and five more hang in the dining room. Eight brass lamps stretch across the windowsill at the front of the restaurant. "It sure is lit up," Wayne said.

Welcome to Petite Auberge (2935 N. Druid Hills Road, 404-634-6268), which calls itself "Atlanta's original French restaurant." This restaurant at Toco Hills Shopping Center reached its 30th anniversary this year. Besides the retro feel of the place, Petite Auberge evokes my nostalgia because it was the first or second restaurant I reviewed for Creative Loafing more than 20 years ago. Things have not changed much since then.

I would like to say Petite Auberge is a good restaurant, but the best I can say is that it's lovable. Its fancy-schmancy ambiance (which does not demand that you dress particularly well) and its old-world service make it good-hearted. But its menu of mainly French food remains quite stuck in the late '70s when "Continental cuisine" was the rage.

Interestingly, Petite Auberge was actually opened by Germans who realized they would not do well with a German menu here. But the restaurant does feature a few German dishes and we visited when it was offering a special Oktoberfest menu, from which I ordered. If everything on the menu was like my starter, I'd instruct you to be happy October has come and gone. A huge salad of sliced, chilled knackwurst with pink, unripe tomatoes tasted like something you'd eat at a bridal shower in a trailer park. Maybe this dish was the inspiration for the Vienna sausages that have become the icon of the declasse palate. I don't know. Just be glad you ain't eatin' it, m'kay?

My entree, the "Bavarian platter" that is also on the regular menu, was somewhat better. It teamed roasted pork, smoked pork loin, bratwurst and knackwurst. The single little bratwurst was the best thing on the dish. Both porks were dry and chewy.

Wayne, the Francophile, did better. His starter was a crepe stuffed with scallops, shrimp and fish, browned in butter and soaked in lobster sauce. Ooh la la, very Continental. His starter, chicken cordon bleu, was a breast stuffed with ham, cheese and asparagus. "It's pretty good," the terminally nice Wayne said.

Dessert? On our server's recommendation, I ordered bread pudding — a gigantic portion of four slices of bread in whiskey sauce, disconcertingly coated with so much sugar it crackled when I chewed it. Nonetheless, I ate every bit. Wayne chose lemon sherbet — an inferior variety, served in some champagne.

We could barely walk to the car at meal's end; this is high-fat dining. I wish the food were better at Petite Auberge, but obviously many people love it just the way it is. You don't stay in business 30 years by displeasing customers. You should go for the experience in any case.

If Petite Auberge won't do for nostalgia, pay a visit to South of France (2345 Cheshire Bridge Road, 404-325-6963). I'm not sure exactly how long this restaurant has been around, but it's well over 10 years. I've visited it off and on over the years, especially when I was craving rabbit, and it's always been unpredictable.

The restaurant, a baguette's throw from the Tara Theater, is quite dowdy. "This is just like rural France," Wayne said. "Remember that really tiny place we went to in Provence and while we were eating, it thundered, the doors blew open and rain poured all over our food?" Oui, I remember. Like that restaurant, South of France is all wood and arches with a big stone fireplace.

When we visited last Wednesday, there were only two other tables occupied. A woman, Berne, sat up front singing folk music with more vibrato than Edith Piaf. The men at the table nearby kept hollering at her in French and she kept replying, in a Southern accent, "Yeah, what he said." After her set, a former Delta pilot played guitar and sang songs by the Singing Nun, Roy Orbison, Elvis and the Drifters. It was cool. Wish I liked to smoke weed.

I do like the food here better than at Petite Auberge, though my visit last week wasn't as pleasing as some of the past. We decided to splurge and, in addition to our separate appetizers, also ordered the "genuine French goose liver" with apple brandy sauce and fennel salad for $17.95. It was not enough for two — literally a couple of bites each — but was tasty enough. I could do without the cooked apple slices that the foie gras was served over. I'd prefer them raw on the side, especially since the fennel was diced to such a minuscule size.

Mussels in a creamy white wine and garlic sauce hit the spot, but a special of pea soup was watery and needed more ham. I decided to forego the usual rabbit and ordered half a roasted duckling in a green peppercorn and cognac sauce. The duck's skin was crispy, the fat was rendered, the sauce was spicy. I'd order it again.

Apparently, still under the spell of Petite Auberge's chicken cordon bleu, Wayne here ordered chicken breast stuffed with spinach, goat cheese and prosciutto with a marsala sauce. Rolled and sliced, the chicken was too dry but with better preparation could be a winner.

Dessert included a very good créme brûlee for me and classic strawberries Romanov for Wayne.

And a cheap fix you can buy right off the shelf | more...
Search for more by Cliff Bostock