Some Atlanta College of Art supporters feel sold out by Woodruff 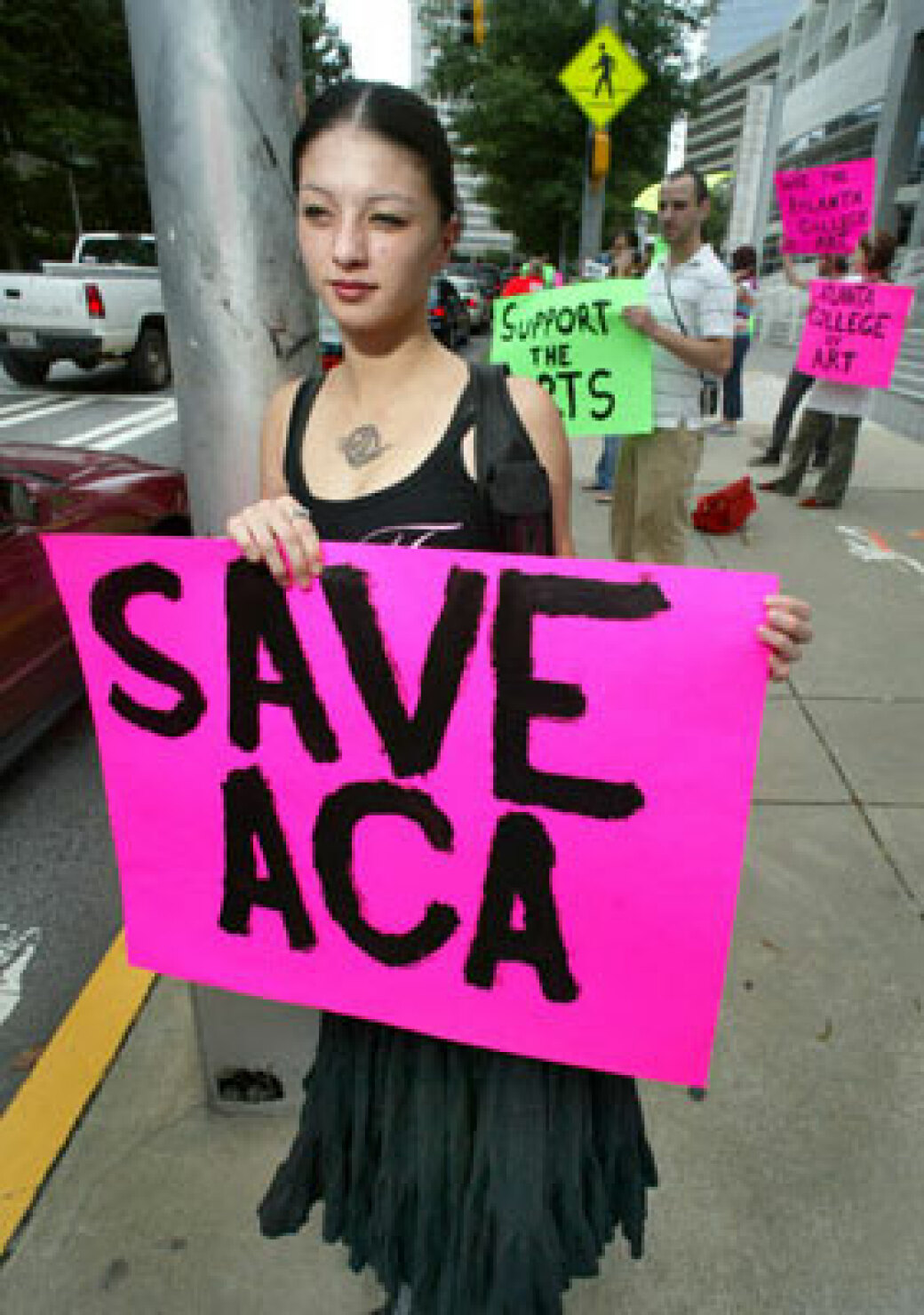 Last week's bombshell news that the venerable Atlanta College of Art was poised to be swallowed up by the larger Savannah College of Art and Design has spawned a number of theories and rumors about how and why the takeover came about.

But one idea that seems to have achieved consensus in the local arts community is that the loss of the 100-year-old school that many considered the standard-bearer for fine arts education in Atlanta does not bode well for the city's arts scene.

SCAD, which opened an Atlanta branch in the lavish new digs of the former iXL headquarters on Peachtree Street in March, has a less lofty reputation than ACA.

Unlike the Atlanta College of Art and most of the country's top art schools — Rhode Island School of Design, New York's School of Visual Arts, even UGA — SCAD lacks accreditation by the National Association of Schools of Art and Design, meaning students could have trouble transferring credits to other programs. SCAD critics also attack the school's entrance standards, which do not require that students submit portfolios for admission.

"The Atlanta College of Art attracted a high caliber of student who was focused on creative art and active in the community," says Atlanta artist Charles Nelson, a one-time adjunct professor at ACA who helped influence the careers of such local artists as Eric Mack and Kojo Griffin.

Over the years, Nelson says, ACA has provided a serious academic environment that produced such nationally celebrated figures as Radcliffe Bailey, a mixed-media artist who now teaches at the University of Georgia, and classmate Kara Walker, whose paper silhouettes offer confrontational images of race relations in America. Like the Art Institute of Atlanta, SCAD is considered by many in the arts community to be less focused on the fine arts and more vocational in nature, with a curriculum weighted toward graphic design, computer illustration, architecture and other disciplines calculated to help graduates snag real-world jobs.

In one of the many letters and comments posted on arts community websites following the announcement, ACA professor Harriet Grissom describes SCAD as "the 'big box' of art colleges," conjuring the image of SCAD as Wal-Mart squeezing out ACA's mom-and-pop specialty store.

Louise Shaw, who served as director of the former Nexus Contemporary Arts Center (now the Contemporary) for 15 years, says she initially hoped SCAD's move to Midtown would attract more artists to Atlanta and provide healthy competition for ACA. But she finds the smaller school's apparent acquisition by SCAD to be "troubling."

"These schools have different cultures and functions and Atlanta needs a stand-alone fine arts academy," she says. "It could be a great loss for the city."

To many, last week's news — delivered by an ACA board spokesman to a gathering of stunned faculty members, including school President Ellen Meyer — was a shock but perhaps not a complete surprise. Some see the all-powerful hand of the Woodruff Foundation behind the decision, despite the official line that the Woodruff board has yet to approve the ACA board's "recommendation."

"The ACA has long been the redheaded stepchild of the Woodruff," explains a member of the school administration who asked not to be named. For years, the administrator says, there have been subtle efforts by Woodruff leaders to keep shaggy, pierced art students out of sight of the society matrons who attend the symphony and the Alliance Theatre, which are also under the same roof.

Although official plans have yet to be announced, it's generally assumed by ACA employees that existing classrooms will move out of the Woodruff Arts Center when the takeover becomes final next summer, while SCAD will take possession of the new, Renzo Piano-designed dorm and sculpture workshop located behind the High Museum.

One of the theories circulating among bitter faculty members holds that the Woodruff decision-makers sold out ACA because they weren't prepared to enter a protracted and potentially costly battle with SCAD to save a member organization that commanded relatively little fanfare — but which took up space that could be allocated for other uses. Some point to the fact that last fall the Woodruff adopted the Young Audiences of Atlanta educational outreach program — its first new member in nearly 35 years — at a time when it was apparently already in secret negotiations with SCAD.

It doubtless didn't help ACA's cause that its enrollment has dropped to about 360 from a high of about 450 a few years ago.

"I'm sure there were business concerns that the rest of us weren't privy to," says Shaw.