Looking for dives and LPs and finding Dread Zeppelin instead 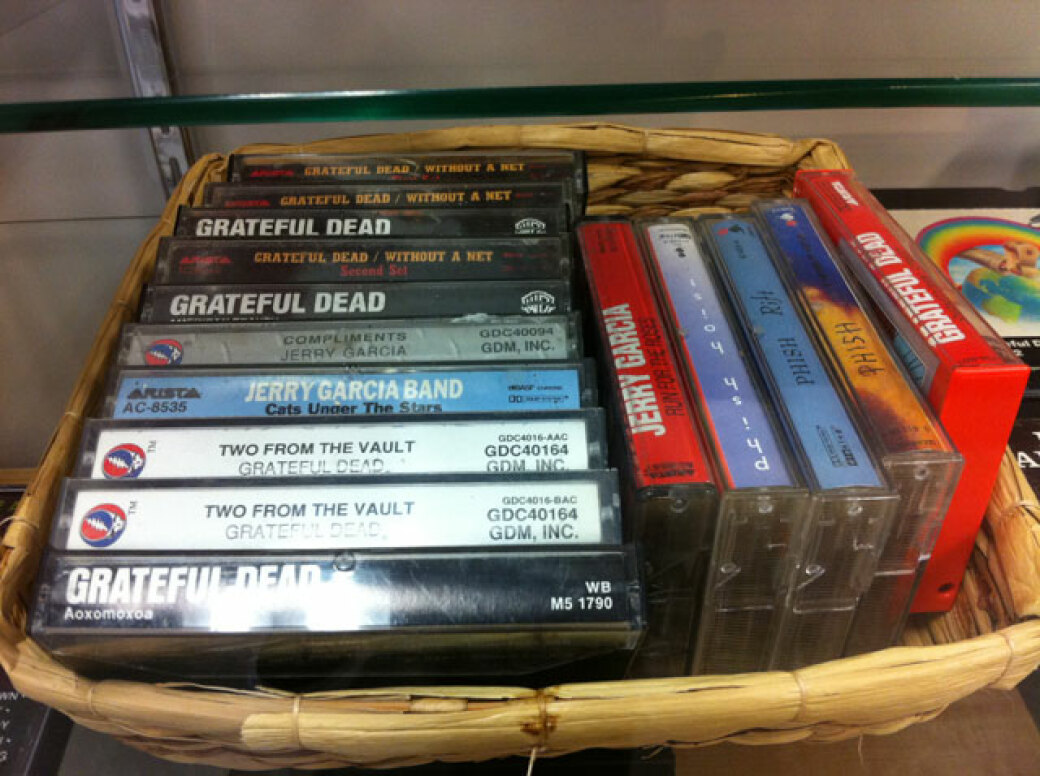 At just more than an hour's drive up GA 400, Dahlonega is a tiny North Georgia town that lies at the foot of Springer Mountain and the Amicalola Falls State Park. It's home to the University of North Georgia, and serves as an entry point for northbound hikers who are headed out on the Appalachian Trail. Coupled with some of the best antique shopping in Georgia and a classy tourism industry built around five local wineries, Dahlonega is a boutique town — a destination for grandmas, aunts, family units, and maybe a few couples who are looking to flee the city for a weekend and experience a bit of rustic charm. Being in such close proximity to the mountains, the sounds of folk and bluegrass music are everywhere — on the downtown Dahlonega Square, the Crimson Moon Café hosts acoustic singer/songwriter performances, and Vintage Music outfits the locals with an arsenal of banjos, hand drums, and various other earth-bound musical accoutrements. The town square itself serves as a public gathering place for various bluegrass events.

?
Just a few blocks off the square sits Heartbreaker Vintage & Vinyl, an unassuming record and clothing store that's stocked with used records and a few CDs and cassettes. It's only been there since October, and the space feels like it's still being broken in. The walls and record bins are lined with an assortment of LPs by everyone from the Beatles to Devo to George Jones to Autechre, and there was a basket full of Grateful Dead cassettes. My scores included a book titled The Music of India and a handful of 7-inches by the Residents, the Dickies, and Dread Zeppelin. The latter is indeed the "Whole Lot of Love" single by the late '80s/early '90s SoCal bizarro band that played reggae and punk Led Zeppelin covers with a 300-plus-pound Elvis impersonator for a frontman.

?
As it turns out, Heartbreaker is owned by Shana Haasis and Carl Jah, the latter of whom is Dread Zeppelin's former guitar player. I couldn't have made that up if I tried, and both Dread Zeppelin and Carl Jah's latest solo record, Re-Purpose, became something of a soundtrack for my two days in Dahlonega.

I took my friend and Criminal Records used records buyer Jacob Blaisdell along for the ride. He was decidedly less impressed with Heartbreaker's basket of Grateful Dead tapes and Velvet Underground 8-tracks than I was, although he did leave with a copy of Flux of Pink Indians' Strive to Survive LP.

Jah suggested we grab dinner at the Yahoola Creek Grill, and it was a fantastic tip. Yahoola Creek Grill sits on the second story of what appears to be a beige little strip mall on a tree-lined stretch of Highway 19. The directions from the concierge at Super 8 were more like, "Head away from town, and it's just past the Pizza Hut. You can't miss it!" With a whole menu based on locally sourced ingredients, I stuck with the grouper sandwich, fried green tomatoes, and $3 bottles of Third Shift. It was a perfect, work-a-day meal with just a hint of showiness — a good place to bring a date.

?
Although downtown Dahlonega is home to a handful of bars, none of them qualify as what I would call a dive, at least by Atlanta standards. Across the board, the locals recommend hanging out at Shenanigans Irish Restaurant & Pub, but it was Friday night and the place was beyond capacity. So rather than stand around and wait in line, I wandered back toward the square and found a quiet bar — the backside to the Bourbon Street Grille. Everyone inside seemed to know each other. The bartenders recommended that I hit up Johnny B's, but after some talking, they explained that it's rush week for the UNG fraternities, and they're all going to be at Johnny B's. Not really my scene, so stayed put for a few more rounds. The bar's signature drink is a jalapeño margarita, but I stuck with beer and bourbon.

I spent the night at a Super 8 that was just a few blocks down "the walking trail" (local vernacular for the sidewalk). I'd landed the room for $60. The bed was clean, the shower was hot, and it had HBO, which is about as much as one should expect from the cheapest room I could find in Dahlonega. Throughout the night, a gathering of what sounded like 15-20 teenagers in the room next door raged till dawn. One car-load of about six of them pulled up in a green, late '80s Camaro that was riddled with bullet holes and rebel flag stickers. Inside, I could only imagine a scene that looked something like one of Jesse Pinkman's house parties. Around 6 a.m. it sounded like they were scraping the wallpaper off of the walls, but I can't be sure.

?
Calling the hotel's continental breakfast offerings a "breakfast" was a bit of a stretch, but the Dahlonega Square is littered with breakfast spots. I chose the Crimson Moon for a spinach and red pepper omelet and coffee. While finishing up, I bumped into Andy Harrison (formerly known as DJ Synthesis of Psyche Origami, and ex owner of Atlanta's now defunct Dumpsterdive Records) and his wife, Gena, who were in town celebrating their three-year anniversary. They'd made their way up from the city the night before and were fueling up to embark on a full-on tour of the local vineyards and wineries.

On the way out, I encountered a small garrison of Confederate soldiers posing in Civil War garb, setting up a tent filled with antique rifles and literature. Apparently it was April 26, Confederate Memorial Day, but rather than stick around to lament the South's defeat, I hightailed it back to Atlanta so I could listen to the Dickies.