Recognizing the men and women who rose above the muck


Named for Ellis Arnall, Georgia's progressive governor in the '40s, the Arnies Awards celebrate state lawmakers who pushed positive reforms and pushed back against bad bills. 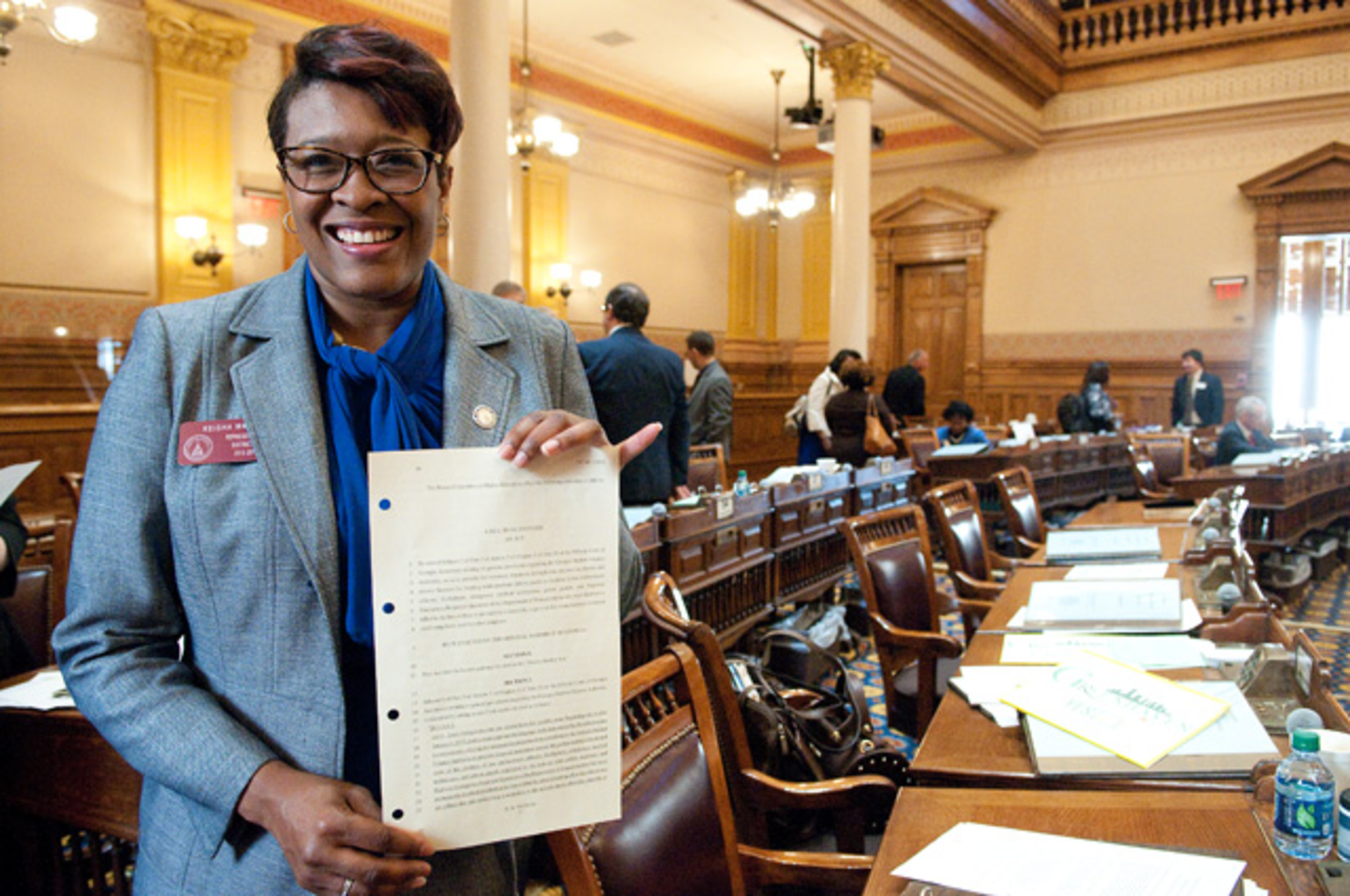 THE "ENEMY OF HOMOPHOBIC HUCKSTERS" AWARD

Waites picked up a proposal she pitched in 2013 that would prohibit therapists, counselors, or psychologists from seeking to change the sexual identity or gender of a minor, also known as "gay conversion therapy." The widely rejected treatment — the American Psychological Association has called it ineffective — has only caused problems for young LGBT people. The General Assembly declined to take up the proposal this year but Waites, who is openly gay, deserves credit for trying to start the conversation.

THE "HEY, THERE'S AN ELEPHANT IN THIS ROOM" AWARD

On March 1, the upper chamber debated McKoon's measure requiring undocumented immigrants who have legal protections from deportation to obtain drivers licenses listing them as such. Williams — a restaurant owner who employs someone living under deferred status whom he says works hard — was blunt about the legislation's origins: anti-immigrant activists who are dead set on denigrating Latinos. "Why are we doing this?" said Williams, who is not running for re-election. "Because there are those in the hall who do not like brown people." McKoon said discrimination was not the motivation. But Williams' speech was some much-needed real talk.

THE "MAN OF ACTION" AWARD

Yes, Democrats have basically no power in the GOP-controlled Gold Dome. But that didn't stop Holcomb. Let's count the ways. First, the Army vet shepherded the unanimous passage in the House of a bipartisan bill that would force hospitals to stop sitting on untested rape kits. Second, he called for doing away with the DeKalb County CEO position, a one-of-its-kind-in-Georgia elected office that has proven to be a wrench in the gears of good government. Finally, when Secretary of State Brian Kemp bungled and released the sensitive information of all the state's registered voters, Holcomb demanded answers, transparency, and accountability.

Kudos to Beach for thumbing his nose at North Fulton lawmakers who would rather wait for driverless cars to magically fall from the sky. When your fellow North Fulton colleagues, including those who enjoy top positions in the upper chamber, try to gang up on you, the easy thing is to go along and get along. Beach, however, did not. His Senate Bill 330 would have given voters the chance to decide if they wanted to take on a half-percent sales tax to fund long overdue MARTA rail to the affluent county. Beach's efforts appear to have earned him a challenger for his seat, an executive who's — you guessed it — opposed to MARTA.