The Atlanta Film Festival has gone through many names and many iterations in its 40-year history. Its institutional arm, the Atlanta Film Society, launched in 1976 as Independent Media Artists Georgia, or IMAGE.

"The first screenings happened rather notoriously and famously in the bath house of Piedmont Park in '77," says Atlanta Film Society Executive Director Christopher Escobar. "It was one of the only places where they could have no light and do screenings in the daytime." Later, the organization turned an old school on Peachtree Street into IMAGE Film and Video Center, a multimedia resource and community arts hub not unlike what WonderRoot's doing now over on Memorial Drive, Escobar says. Since those early days, the organization has evolved from Atlanta Independent Film and Video Festival to Image FV to Atlanta Film Festival 365 to the Atlanta Film Society, which presents year-round programming, including the annual festival. In 2012, Escobar and Creative Director Kristy Breneman were hired. Over the past four years, the duo has focused on making Atlanta as important to the festival as the films that are shown.

When you two assumed these leadership positions, what were your primary goals? What kind of shape do you feel like you've given the festival?

Chris Escobar: And that identity being embedded more with Atlanta.

KB: Absolutely. Everything having a purpose and a mission and something we can point back to. I feel like that is really what we've been working on and what I've been focusing on over the past four years. That includes moving the film festival out of Midtown Art Cinema to having the Plaza as our main venue and 7 Stages as our secondary venue. Chris has worked really hard on screenings at the Fox Theatre and Rialto and all these other satellite venues.

CE: Every year I think we are closer and closer to the festival that we need to produce.

CE: There are a number of towns that it is a lot easier to do this, where you have a strip of theaters because they haven't all been torn down. It would be a lot easier to do this at Landmark or to do it at Atlantic Station or wherever our festival has been and plenty of others have been, but that is not an occasion.

KB: When [[[filmmakers] are walking back and forth from the Highland Ballroom to the Plaza and even walking over to 7 Stages, think of all the things you pass and how beautiful it is.

How has the film industry with the tax credit incentive over the last five-plus years impacted what you do? Do you feel like it has raised the festival's profile?

CE: In addition to this reputation it creates opportunities in two ways — one, it means that the creative brain drain is slowing down and is starting to even reverse. On the other side, it means that people like James Franco — who was a big highlight of last year's festival — when they are here shooting in town, we can have an opportunity to engage them and have them be a part of the festival. What you'll see even more throughout the years is even if they can't be involved that way, you never know who is going to show up.

KB: It also gives us a sense of responsibility to make sure that we are representing Georgia the right way to the industry, to the filmmakers who are traveling here internationally. They might want to shoot their next big production here.

CE: Even more so these days you also have to combat what their impressions might be otherwise if they haven't been here and what they might be reading in the headlines about this crazy thing about to happen or this horror story or whatever. It means that the stakes are that much higher for us to create that positive impression.

Kristy, how do you approach creating a dynamic and compelling festival?

KB: It goes into new voices, stories that you don't often hear, perspectives that you don't often see. That was something that we made a very conscious effort of striving toward here and that is something that I feel like most film festivals do in general. That's, I feel, like why we exist. But at the same time we also want to celebrate Georgia and the film industry here and so with our opening night film choice it was a film that was shot in Georgia with a lot of Georgia cast and crew.

This year is the festival's 40th and you're using it as an opportunity to celebrate festival alumni. Would you talk a little about the festival's legacy and how you're recognizing it this year?

CE: Kristy and the creative team worked very hard to develop [[[an aesthetic] that felt purposefully, consciously retro, throwback in a way. We have a number of anniversary films that are playing. Some of which we have played before and some of which we haven't. Victor Nunez was probably [the festival's] first big get. We featured him in the 1979 Atlanta Independent Film and Video Festival. He already had notoriety then, so we are playing one of the films we had screened of his,

Ruby in Paradise. This film was really one of the breakout roles for Ashley Judd. We are playing that film again and having him come to the festival.

Do you think there are any commonalities in terms of storytelling themes or styles among Atlanta or Georgia filmmakers?

CE: I think Georgia filmmakers tend to be willing to go into the darker, the supernatural, the sci-fi, pushing the envelope.

KB: Yeah I'm kind of thinking the same. They also are reflecting things about Atlanta, whether it's the landscape or the street characters, you always see a bit of that reflected in their work.

CE: Thematically, reconciling sort of the tainted past with wanting to be somewhere more progressive in the future.

What excites you most about this year's festival?

KB: When you are working at the festival that is just what you do. It's your life. It is a huge investment. Something I am excited about this year is the fact that we are really taking the festival back to the mission and philosophy it started with.

CE: All of us are far more Atlantans first, and filmmakers in many cases, and then figuring out this film festival thing. Luckily it's been working, but it's been as a result of looking at this totally differently. Looking at this not as a job but as a movement. 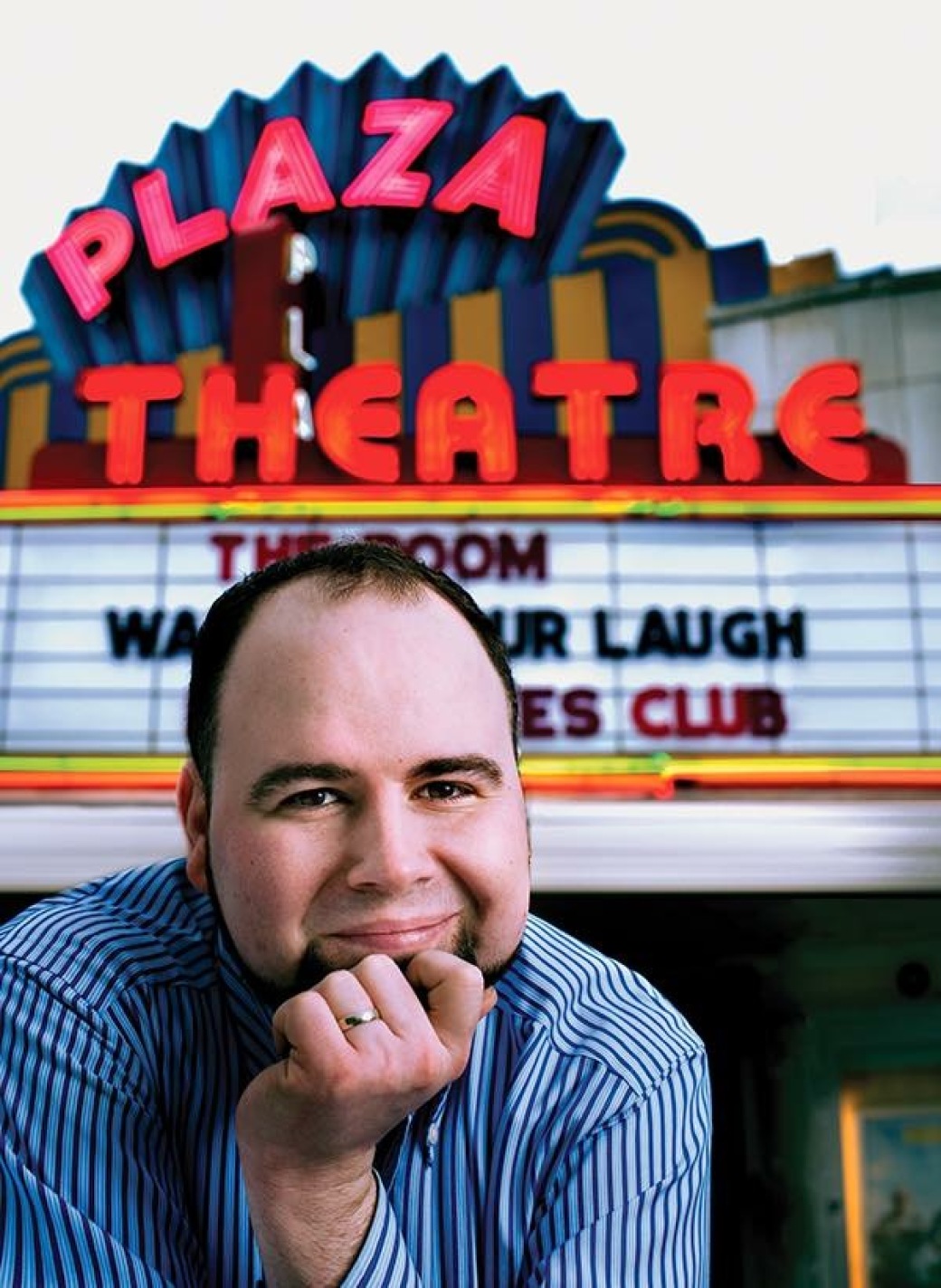 Christopher is the owner of the Plaza Theatre and the Executive Director of the Atlanta Film Society.
—Read Article
Departments