The Clermont Hotel is up for sale again. 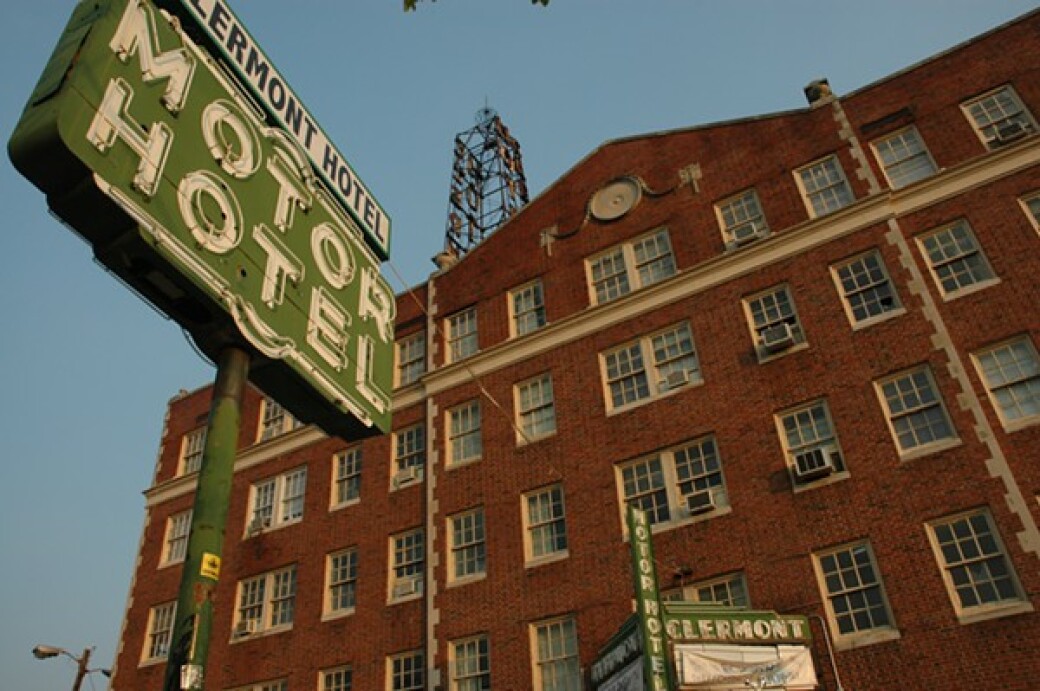 When last we checked in on the Clermont Hotel, it was in something of a state of limbo. The historic building was in the hands of Fairway Capital, a NYC-based investment firm, as a result of foreclosure following last year's collapse of Inman Park Properties.

The hotel was condemned by the Fulton health inspectors, prompting the eviction of its remaining tenants. A renovation was begun by a controversial Atlanta hotel firm called Kronos that reportedly has had problems paying its bills. But the company had apparently neglected to secure the necessary permits, so the county shut that down as well, leaving the building dark and empty…

Which brings us up to speed. Fairway is still the owner, Kronos is out of the picture and, on Tuesday, the Clermont Hotel went back on the market. The brokerage firm is Tampa-based Franklin Street Real Estate Services, which has set July 30 as a deadline on bids.

"We've already had a tremendous amount of interest in the property because it's a landmark site and because of its close proximity to the Beltline and City Hall East," explains broker Jake Reid.