Alton Brown made me go 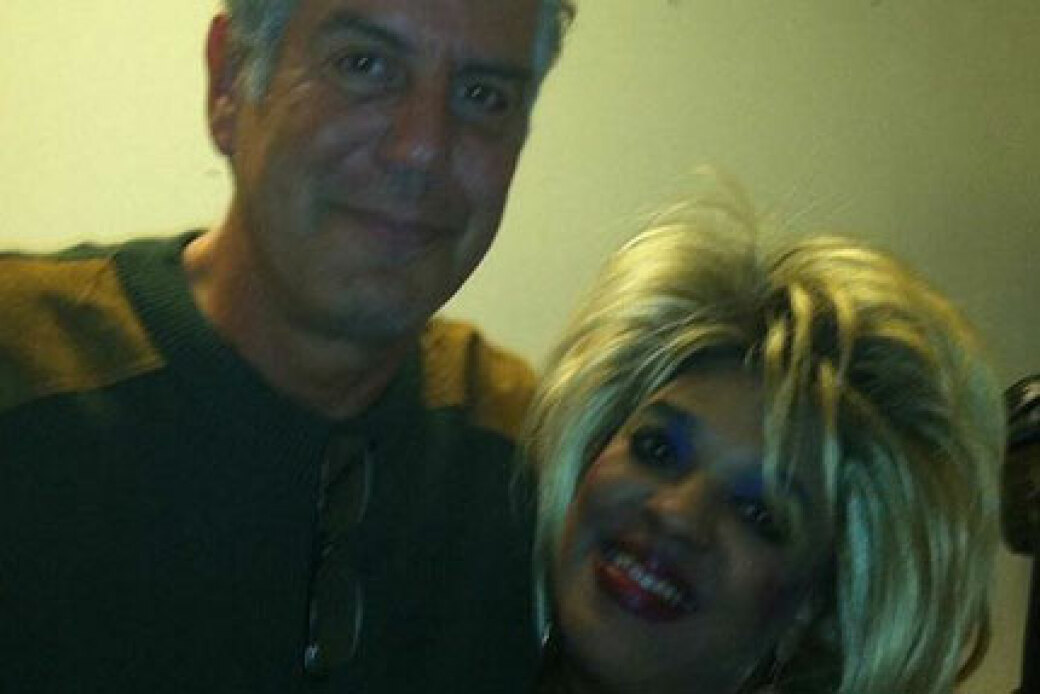 — Anthony Bourdain tweeted about his excursion to the Clermont with (Atlanta resident!) Alton Brown (filming, I believe, for the Travel Channel show "The Layover"): "‪@altonbrown‬ , Blondie and Clermont Lounge. History made tonight! ‪#Atlanta‬!" and later (as many of us have experienced for ourselves) "I smell of bourbon, tobacco, stripper perfume and it's all @altonbrown 's fault. #scrippshoward has a lot to answer for."

— The Hunger Games: Catching Fire has been filming all over town, including at a warehouse near the intersection of I-20 and I-75 as well as the Goat Farm (here's a pic). The crew was also filming at the Marriott Marquis Monday (and check out Casting Calls below to see how you could be an extra!)

— Scary Movie 5 has been filming at 4016 Indian Town Rd in Marietta, with a Base Camp at Trickum Rd & Shallowford Rd.

— "The Vampire Diaries" is currently filming in studio in Decatur (last year I quite literally ran into the cast — I knocked into Paul Wesley — at FLUX Night, an art event in Castleberry Hills on Saturday, so stop by and see if you spot them or anyone else, and of course let me know!)

— "The Walking Dead" has been filming on Main St in Senoia. You can also check out a ton of photos from the set taken by fans at Walking Dead Locations.

— A movie called "The Start Up" (which I have no other info on, does anyone else?) is filming at the Gold Club on Lindbergh.