A Replacement for the Sweetwater 420 Fest?

SweetWater 420 Fest's decision to move from its longtime home in Candler Park to Downtown might have bummed out some residents (and made others jump for joy). But its exit has also opened up the greenspace for a true weed-themed weekend on April 20: the Great Atlanta Pot Festival.

Late last week, Paul Cornwell of the Coalition for the Abolition of Marijuana Prohibition, announced that the organization was trying to bring the celebration of all things pot to Candler Park. On a post to the festival's Facebook group, he said that both the festival and the Global Cannabis March are scheduled for April 20, 2014 - and that the organization hopes to use the 55-acre greenspace.

Since 1989, the event has brought Atlantans together to raise awareness about marijuana legalization and reforms. Cornwell said that CAMP plans on having musical performances, political speakers, food vendors and possibly beer as well.

"We are still in the planning stages," Cornwell told CL, noting the festival was still six months away. "We usually have contemporary rock and roll, reggae or country music, or a combination of them all. Depends on who wants to perform."

SweetWater announced in early October that its three-day 420 Fest would move to Centennial Park in 2014 after nine years of calling Candler Park home. Due to the growing crowd sizes and some complaints from Candler Park residents, the three-day festival opted to move Downtown for its 10th anniversary.

Last year, the pot festival, which was supposed to take place in Inman Park, was cancelled due to heavy rains. However, the Global Cannabis March still continued as planned, starting at Freedom Park and then to the Carter Center for a demonstration. Marchers are expected to take the same route this year as well. Cornwell expects no more than 1,999 total attendees for the festival and march.

"We decided Candler Park was ready for the real 420," Cornwell told CL. "The national Gallup poll that was just released showed that 58 percent of Americans are in favor of the legalization of marijuana so I feel like that ratio breaks down about right with the residents of Candler Park."

Cornwell and CAMP submitted an application for an outdoor festival permit to the Candler Park Neighborhood Organization, which will vote in December on whether or not it supports the festival. That decision would be considered by the city when deciding whether or not to approve the event.

"Neighborhood organizations don't approve access to public events. They can support but they can't deny us from having the event there, it's called the first amendment."

CAMP is also planning a 420 Cannabis Reform Fundraiser and Benefit concert on April 19th but has not confirmed its location.

NOTE: This post has been altered to correct the date of the first pot festival. 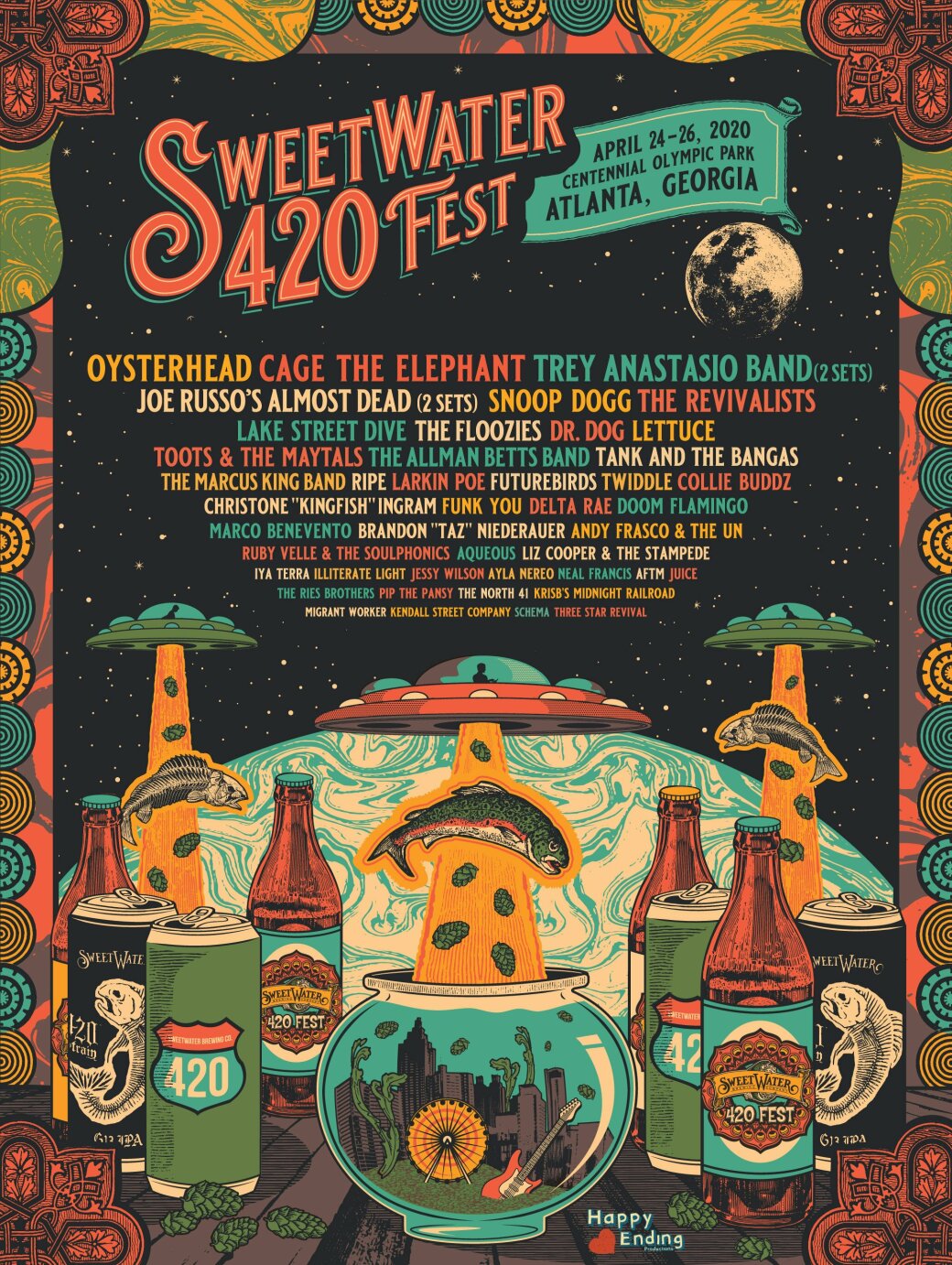