embed-2
The latest installment of ESPN’s “30 for 30” includes a series of five documentary shorts. The first one focuses on Atlanta retail store Friedman’s Shoes. Started as a family business in 1929, the store has been located in South Downtown for 87 years. It became famous for catering to athletes with large feet and outsize celebrity through the ’80s and ’90s.

In the short film, Shaq admits to buying 20 pairs of shoes every time he came to Atlanta, while athletes including Charles Barkley, Mike Tyson, and Michael Jordan are name checked as past customers. As time has progressed, things have changed and Friedman’s now struggles to survive. "It's tough in retail today,” Freidman Shoes President Brett Teilhaber tells Creative Loafing, “but we are not going out of business tomorrow.”

CL had a brief email exchange with Danny Lee who directed the short, which airs tonight on ESPN during the 6 p.m. hour of SportsCenter.

What makes this story significant enough to fit into the "30 for 30" series?

Danny Lee: "30 for 30" has always been about micro stories, where layers outside of traditional sports intersect. Friedman’s Shoes was an obsession for all of the big athletes of the ’80s and ’90s. It’s where fashion and sports intersected in one place. Fashion for athletes is a relatively new concept. Now pre-game, you see stars dressed to the nines. One can argue fashion sometimes trumps their focus on the game at times. However you cut it, there’s no denying how much fashion and lifestyle are as much of a part of the sports universe, than the game itself.

What attracted you to the story?

The opportunity to tell such a rich story, about the rise and fall of this family run business, set against the backdrop of the excesses of the '80s and '90s, and the dramatic disruption of the internet age. The story is layered, which attracted me as a filmmaker.

How is this a story about America?

America is the hub of capitalism, and this store is a microcosm of that ideology, but with the ideals of the American family baked into it. 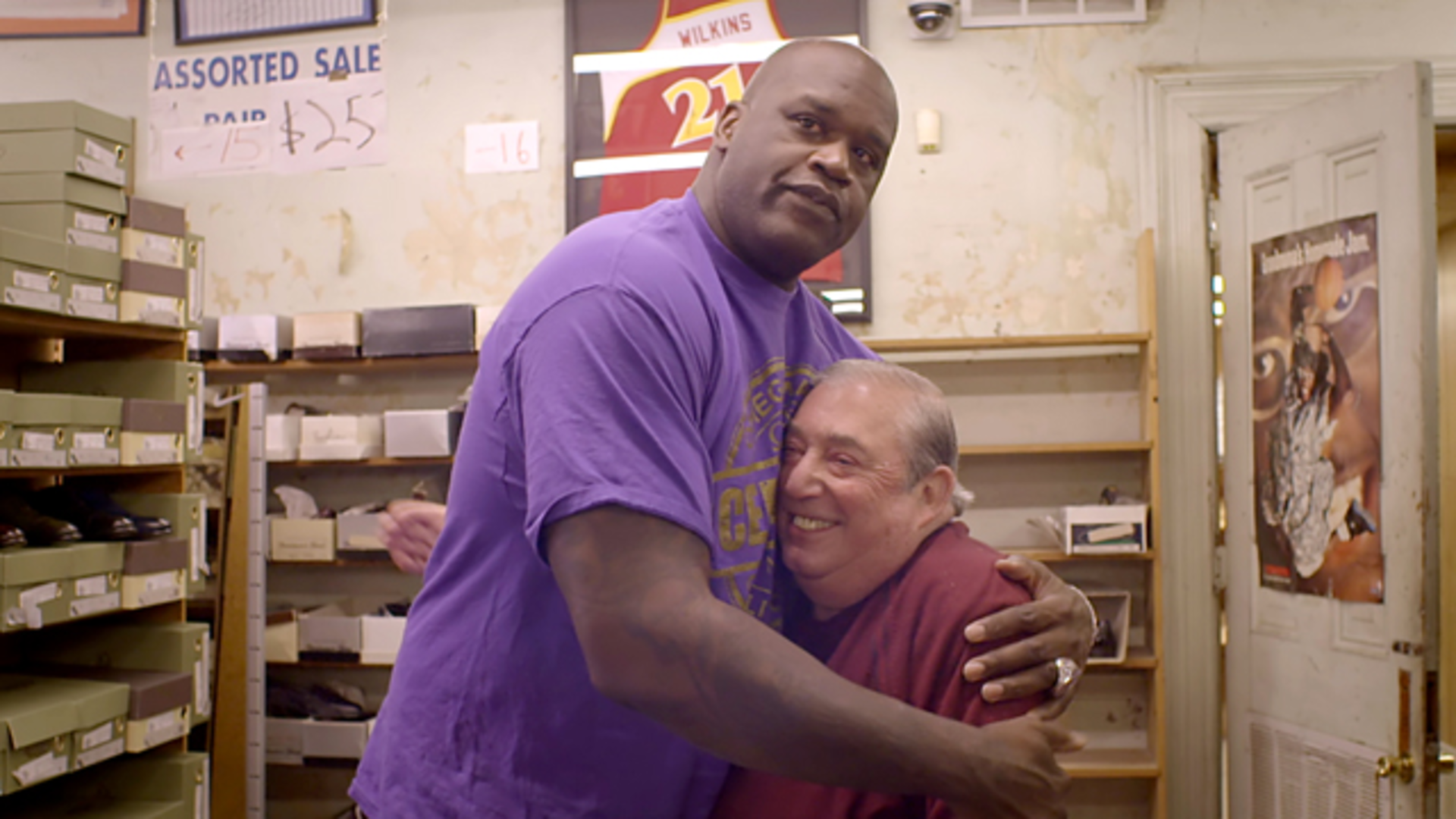 What struck you most about the visuals of the store and Atlanta?

The store is a time capsule, a relic, a living museum of sports history and memorabilia. Walking in there, you feel it hasn’t changed at all since its inception. It’s a shop that’s been soaked in a beautiful marinade for decades. In post production, we colored it with a browner/sepia tone to embrace its natural look.

What was the hardest part of making this short?

The hardest part was easily compressing a 40-year-old story into 10 minutes. Hands down.

What is it about the store that has made it a struggle now to survive? Is it purely the Internet or is their something else? How have times shifted?

The Internet had the largest affect, without a doubt. But there was a generational gap between father and son that affected how to move the business forward into the digital age. I think they finally see eye to eye, which is a beautiful thing as they build out Friedman’s 2.0.

Shaq says the '90s were all about attire, jewelry, and shoes. In that vein what do you think 2016 is about?

What is the shooting schedule for a story like this?

We shot everything in two full days. First day devoted to the story and interviews, the second day shooting the vast expanse of the store to capture texture.

What kind of shoes do you wear?

Mostly Vans, preferably slip-ons. Just from being raised in California.