Behind the curtain at Hotel Clermont

"It's a place that really hasn't been documented on film ever. The public should see it. It's a part of the history. It should be in archives." 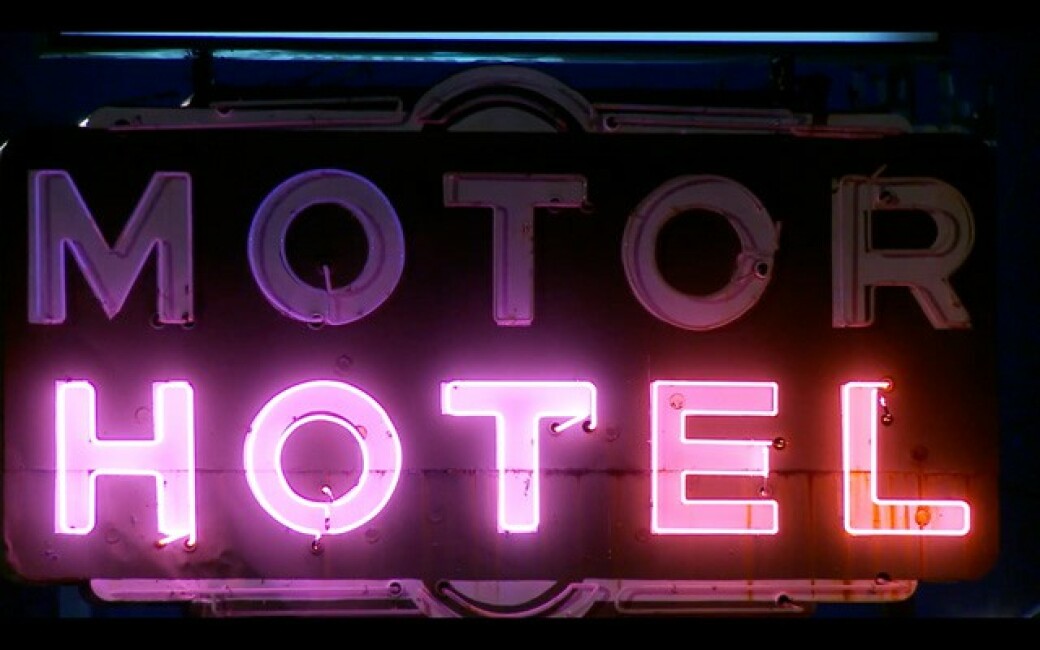 Built in 1924 as an apartment tower, the Clermont Hotel — and the storied lounge underneath — was a flophouse for the working class and a source of intrigue for anyone fortunate enough never to have to spend a night inside (former CLer Scott Henry famously spent a week inside for a cover story). In 2009, the 7-story building at 789 Ponce de Leon Ave. shut its doors, putting an end to one of Atlanta’s last refuges for the down and out, sex workers and their clients, and men and women who wanted to be left alone.

Seven years after closing, as work is finally set to begin on turning the Clermont into a boutique hotel, filmmakers Elissa Benzie, Allen Sullivan, and Heather Hutson are premiering Hotel Clermont, an inside look at the hotel’s history and final days. Told through the perspective of its longtime employees and tenants such as sex workers Lil Bit and Shauna, the film provides a behind-the-scenes tour of an Atlanta landmark and a testament to a time, most likely gone forever, when Ponce was beginning its descent from peak grittiness. CL spoke with Benzie and Hutson about the film, which runs 29 minutes and will be screened at the Atlanta Film Festival on Tues., April 5, 7 p.m. at 7 Stages Theatre as part of the "COTTON – Hardy and tight-knit" shorts series.

How did this project come about?
Elissa Benzie, photographer: Allen Sullivan (the film’s director of photography) and I have known each other and worked together for a really long time. We met working at the Athens Banner-Herald. I got the job at the Atlanta Journal-Constitution and he was in Atlanta. We had been working together and always wanted to do something together as a longer-term project. As everyone, he had been fascinated by the Clermont. We heard through somebody that the hotel was for sale (and thought) maybe this will be an opportunity where they give us access and let us in. They were notorious for never giving access. It was basic journalism documentary how it operated — lifting up the curtain and seeing what it was like in there.

Was there hesitancy on the part of the employees and residents to let you document the hotel? EB: Allen and I worked for a couple of months trying to get them to understand who we were and what we wanted to do. Once they realized we weren’t going to focus on the lounge, they became more interested. Blondie didn’t want to be involved. Tenants were hesitant and rightfully so. You can’t tell whom you can trust to tell your story right.

Heather Hutson, director: I got involved in 2011. I shared with a good friend — who is Allen’s cousin — that I was interested in documentary filmmaking. They mentioned this and it piqued my interest. I’m from Atlanta and was born at Crawford Long back in the day. I saw this footage and was blown away. I asked him what was going to be done with it. It was basically going to sit on a hard drive.

EE: We had basically given up on it.

HH: Being from Atlanta, and having a sense of place, that’s a passion of mine. Older buildings have a feeling about them that’s not sterile. The places that do have that feel mean a lot to me. I was drawn to the photos. In 2011, I camped out at Allen’s place and spent time looking at footage, transcribing, and trying to find that story arc. Life happens and this wasn’t my fulltime gig. In 2014, I moved to New York for filmmaking. I took everything with me with Allen’s blessing. I worked fast and furiously to finish this up. I launched a Kickstarter campaign and started submitting to festivals.

EB: We got phone calls all the time asking when it would come out. All the time! We were just using it as a test case, as a model for other documentaries we would do later on.

HH: It’s a place that really hasn’t been documented on film ever. The public should see it. It’s a part of the history. It should be in archives. 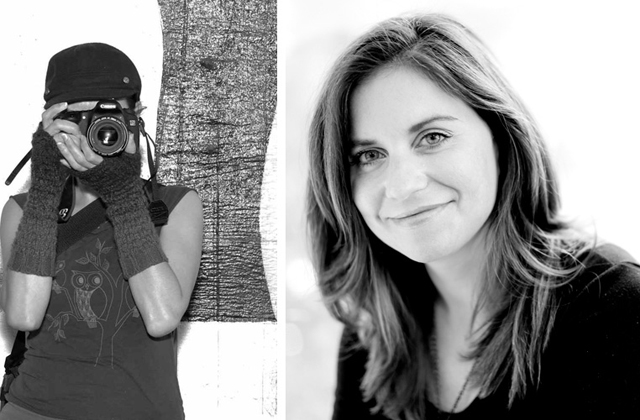 How much time did you put into documenting the hotel?
EB: Allen spent a lot more time, several months. We shot over a six-month period. We started in summertime and it closed in (December) 2009. What we would do on weekends was eat dinner, work out, and around 10 p.m. go over there. We spent one night in the lobby from 10 until 4 in the morning.

HH: It’s hard to make documentaries. To get the trust and gain access and do verité you have to have time. There’s very little funding for documentary films. People are talking about the renaissance with multiple distribution channels. But it’s not like Canada and other countries with grants.

EB: Time equals trust. We kept coming back. We weren’t going to go away. We were actually going to work on it. They were like, “Are you still doing this?” (And we felt like) “We care about this we’re not just gawking at you.”

Was there anything during your time documenting the hotel that surprised you or challenged your expectations?
EB: Most everything confirmed what we thought. There weren’t really any huge exceptions, except for Bill, the guy who ran the hotel. He was the antithesis of the Clermont. I would just say that the Clermont Hotel housed people who would not surprise you. You wouldn’t be surprised to find drugs in someone’s room. I hate to say this because it was so clichéd, but it was surprising to find such a good guy running it.

HH: Bill’s a really good guy. His son worked there and brought him to the table. He really cared about the place and wanted it to be the best it could be.

EB: It was sweet. Not a lot that surprises you. But that did.

HH: It was also interesting to me, the different elements to the hotel. In a sense, it was a stopping place for some people to have a reboot in their lives. I think people went there because it was a no-judgment zone. No one would question you about the judgments you made in your life. It was very refreshing. Bill really felt ownership of that place and wanted to be part of turning around.

For so many Atlantans, the Clermont was a mysterious place. Did any of the longtime tenants acknowledge or say they were aware of the building’s status?
EB: I’m thinking about how they definitely felt like they were better than some other people on Ponce because they stayed in the Clermont. It was the nicest place to stay. I think they felt a little vulnerable for staying there. And I think it’s hard to get out of that lifestyle. It’s so easy to make money. Shauna and Lil Bit (two sex workers interviewed in the film) don’t fit into regular society and I think it’s a shame. They fit at the Clermont.

HH: My impression is they wouldn’t have cared. They were just trying to live their lives.

EB: It was almost like they were living in a snow globe of their own making. It’s a different perception.

In the making of the film you were also able to document some events that very few people, to date, have seen: the actual final day and what went on inside the hotel.
HH: That just shows they gained the trust, which is so key for documentary filmmaking, and it takes time to earn that trust. And they shot everything in a respectful way.

EB: I really want this to be a piece that is truthful and honest and fair. It wasn’t about showing an exploitative side. It’s saying this is truly what it’s like. Yeah, you expect that stuff, but it’s not so crazy. It’s people living, trying to survive.

HH: People doing the best they can with the cards they got.

EB: I’m glad we brought that to life. And it’s true to form. Every time I have friends come in town they’re like, “Let’s go to the Clermont.” It’s a place everyone knows about and goes. But they don’t know about it.

HH: They didn’t know the upstairs. And now they’re getting a sneak peek.

What do you think the Clermont represents for Atlanta?
HH: I think it represents different things for different people. And I think that’s the beauty of the Clermont. Especially with how divided our country is, it offers something for everyone. It’s a place where anything goes. You can have fun and leave your worries behind. But also, the other aspect is that sense of place, given all the new construction and how the city is evolving and how it was burnt to the ground, it is a special place and it’s still there. It’s important to remember these places. It adds a richness to life. It’s texture. With big-box buildings and new construction, the texture and essence — the things that make us feel — are going away. It has personality and character and that’s special.

What was the most painful scene to cut?
HH: The part that hurt me the most is Pat, the maid. She was in the film. I had to cut her out because we didn’t have a signed release. We tried to get her release... It was a transition in the film, there’s a gap I notice now. It added the emotional context and it added … she had profound statements, you felt it in your heart... Hopefully she’ll come out of the woodwork.

This interview has been edited and condensed.