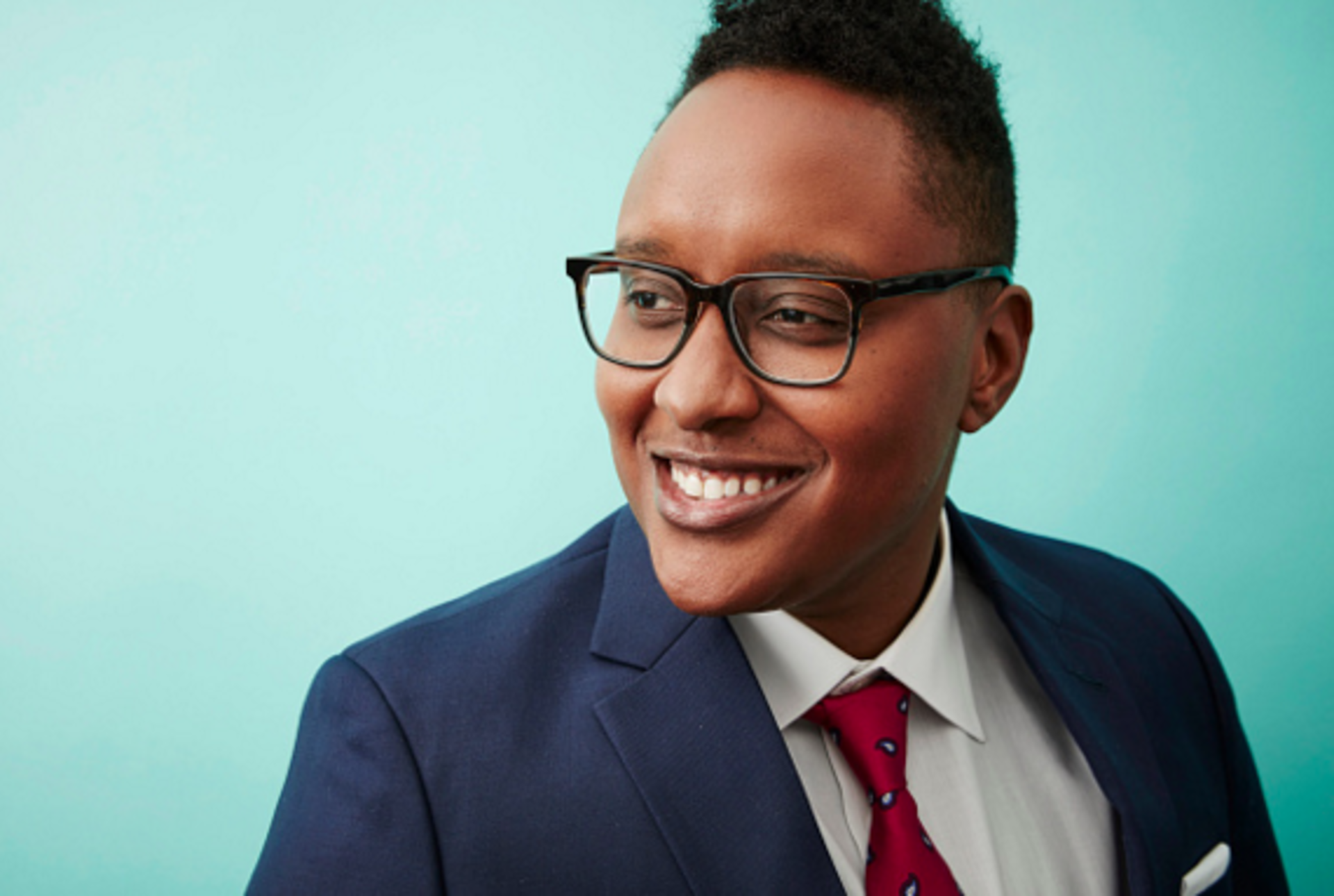 When Everett Arthur, 24, put on a bespoke suit, he says it was the first time he ever fully saw himself. As a transgender man currently in his rising third year at the Emory University School of Law, what to wear in the courtroom (especially those in the conservative South) became a point of contention for him — he didn’t want his choice of dress to affect his employment, but he also didn’t want to keep hiding who he is.

Arthur is one of six subjects featured in the upcoming HBO documentary Suited, produced in part by Lena Dunham and airing Mon., June 20, at 9 p.m., which revolves around Bindle & Keep, a bespoke clothing company out of NYC that focuses on making tailored suits for the LGBTQ and gender-nonconforming communities. In the wake of the LGBT-targeted mass shooting in his hometown of Orlando, Arthur took the time to talk with CL about the documentary, the issues he faces practicing law as a transgender man in the South, and finding community.

How long have you lived in Atlanta and how did you end up here?
To be honest, I’m not entirely sure where the time went. I moved to Atlanta for school two years ago, but I am from Orlando, Florida. I just want to take the time to send my love to all the Latinx queer and transgender people that were slaughtered this past week. It is an act of revolutionary self love to embrace your truth and live it openly. To all the queer, transgender, and gender nonconforming siblings that were stolen from us, thank you for loving bravely. Thank you for celebrating your truth. From an Orlando-raised kid that thought he would be closeted forever, it was your revolutionary love self-love that lead me to accept myself. Rest in Power.


How did you get connected with the Suited doc?
My connection with Suited was complete serendipity. I read about Bindle & Keep in 2013 when the New York Times published a piece focused on suits for trans and gender nonconforming people. After reading the article, I became very interested in what B&K was doing. I constantly looked at the website to see if things had changed, and how well they were facilitating this important discussion. Fast forward about about nine months, and Emory put on a fashion show about how students should dress for job interviews. I quickly realized that because I was trans, I didn’t fit into either category that Emory was representing. I reached out to B&K completely afraid that I would not be employed because I did not fit the South’s idea of how a lawyer should be dressed. Within two weeks of reaching out, Jason Benjamin, the director of Suited, sent me an email and the rest is history.

Why do you think shining a light on this particular part of the trans/non-binary experience is important?
A real problem with being trans, especially a trans man of color, is that it is really hard to find yourself reflected in the media. Tiq Milan is an amazing trans man of color that is represented in the media, but outside of him, trans men of color don’t have many people to look up to. And that is not OK. I have frequently struggled with feeling like I couldn’t find community that looked like me and experienced the same things I did. My hope is that other trans men of color can see a little piece of themselves during the documentary and know that there is community for them.

If we look at Tamir Rice, Eric Garner, and Michael Brown (I could go on and on), we see that the lives of black men aren’t valued. Couple that with anti-trans bills like HB2 and shootings like Orlando, we keep seeing that the world says people like me, an unapologetically black transgender man, should not exist. But here I am: existing authentically full of love. And there have always been unapologetic black transgender men existing, but now more transgender and gender nonconforming people will have something to look to, something to identify with, when they watch Suited. And to be a part of this moment is truly humbling.

Variety reported that "for transgender people ... the bespoke clothing upgrade is not just a luxury, but an affirmation of identity." Do you agree?
Absolutely. Prior to getting bespoke clothing, I was constantly hiding. I was unsure if I could exist as myself. The first time I put on my B&K suit was the first time I fully saw myself. After that moment, I felt (and still feel) joyful to wake up each day and live my truth. Having experienced a moment like that, I realize now that I must do everything in my power to build-up and support my transgender and gender nonconforming siblings. Hopefully my involvement in Suited is only the beginning of that.

But it is so important to mention that it should not take bespoke clothing to find affirmations in clothing. Unfortunately, clothing can create incredibly tense times for trans and gender nonconforming people where all we see are clothes that accentuate features that contradict our gender identities. You also cannot forget the class issue that bespoke clothing inherently carries. All of these issues combined make it clear that the fashion industry needs to make affordable clothing that can affirm the identities of all people. No one should have to go to a bespoke tailor to finally feel like themselves.

Just like no one should have to pay for surgeries to feel like themselves. The ability to have life-changing gender affirming surgeries relies on crowd funding rather than insurance. Currently, I am doing all I can to save for top surgery but have to use GoFundMe to accomplish this necessary surgery. And I am definitely not alone in this endeavor.

Other press surrounding the doc says you've faced some discrimination from employers and your family for being transgender — what can you tell me about those experiences?
I don’t want to give too much of the doc away, but things haven’t been easy for me when it comes to employment or my family. The legal profession in the South is really conservative.

Do you feel like some of that struggle is due to being in the South?
The legal profession is undeniably conservative, especially when dealing with the South. I did not fully understand the challenges I would face as an openly transgender law student of color in the South. However, as a person committed to the advancement of the South, I believe the struggles I faced finding employment won’t always be an issue for future transgender and gender nonconforming lawyers to come. To my future transgender and gender nonconforming lawyer siblings reading this: continue doing everything out of love, and as best as you can, don’t let anyone steal your dreams.

The difficulty with my family stems from the vision my mom had for my life. It has taken some time and a lot of reconfiguring what my future will look like, but my mom continues to grow into a more accepting person. So Mom, if you’re reading this, I know it has been hard but thank you for loving me as I am and continually evolving around my authentic self.

What's your ultimate professional goal?
While this is ever-evolving, I’m very interested in a political career. I was just named a 2016 Victory Empowerment Fund Fellow, which seeks to expand the campaign skills and policy-making power of LGBT leaders of color. Hopefully my involvement with The Victory Fund will confirm my future interests to run for public office.

What would you like for people to ideally take away from the doc?
As my dear friend Rae, and fellow subject in Suited, says, “You have the right to be handsome.”