"They look like they were used to A-Town stomp Izzy." - Hypebeast commenter 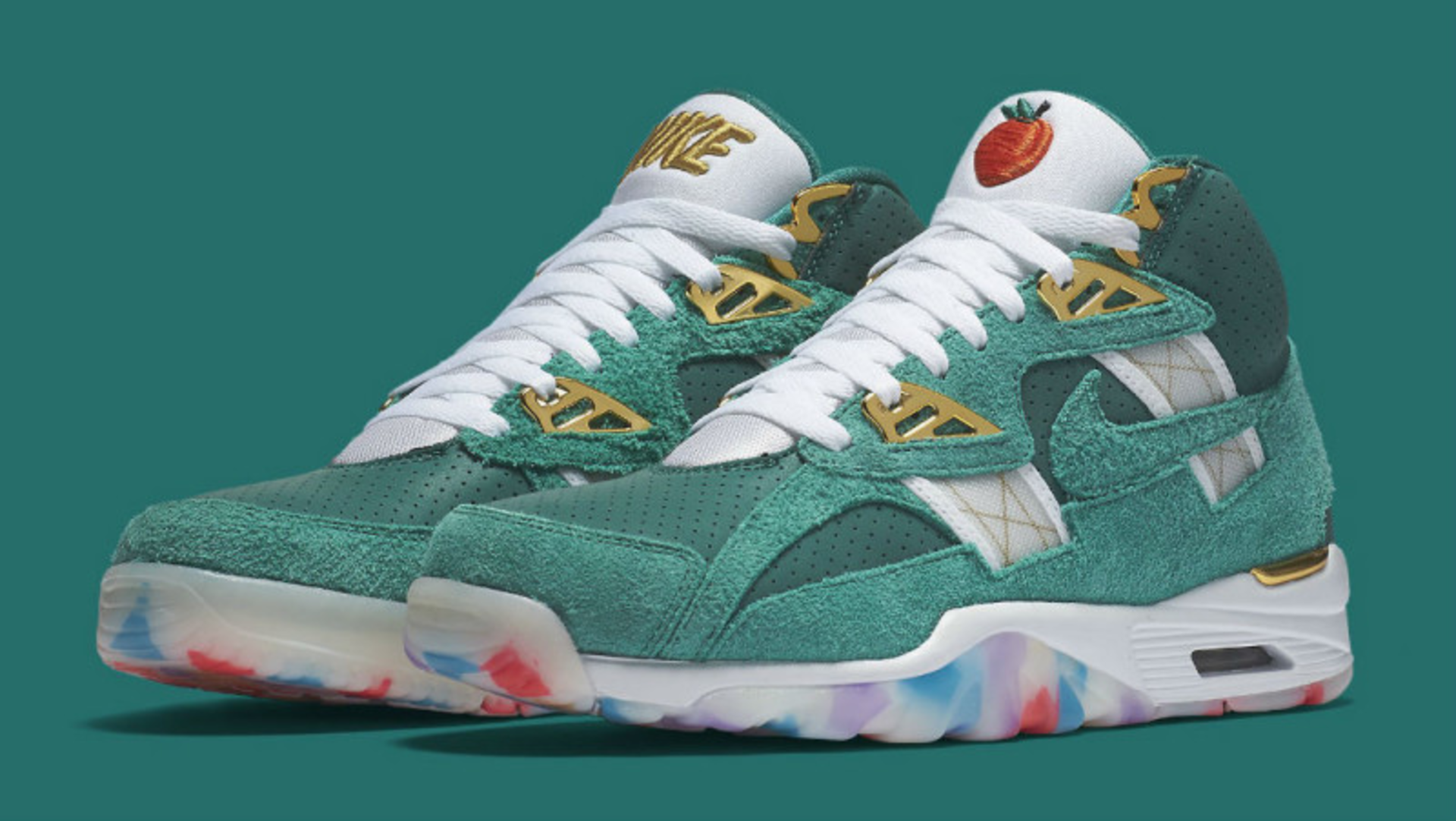 And, yep, they look just look Izzy! But fresher — depending on whom you ask.

OK, guess he doesn’t think so. What about this guy?

Can’t argue with that. They DO look like they were used to A-Town stomp Izzy. Which is how I like to imagine Billy Payne (former Atlanta Committee for the Olympic Games President and CEO) taking out his frustration on the unanimously lampooned reception his Olympic mascot got all those years ago.

Hypebeast commenters like the ones above may not be known for subtlety or nuanced opinions, but the streetwear tastemaker site is one of several to have posted photos of the forthcoming sneaker, officially named the Nike Air Trainer SC High. (Unofficially, I like the sound of “them A-Town ’96s.” That’s just me, though.) Considering the reception of the little mascot that couldn’t two decades ago, it’s hard to imagine Nike’s designers would use Izzy to inspire a shoe design. And actually, they didn’t. Apparently, the design is based on the official logo from the ’96 Games. Which would explain the green colorway over Whatizit blue. But whatever. That Lucky Charms-colored insole screams lil Izzy all day.

?? Drawing its palette from the Atlanta games’ official logo, the shoe is styled in green leather and suede, complemented by gold hardware and white on the tongue and straps. Peach embroidery on the left tongue is a symbolic nod the host city, while the laurel wreath marks the insoles and heel. As a final touch, the translucent outsole reveals a multicolor confetti graphic.
??
Now that Atlanta’s got its own Nike shoe, it’s high time we acknowledge how long this city has reigned as the global imprimatur of cool. The year 1996 may be all about the Atlanta Olympics from a mainstream media perspective, but pop-conscious consumers consider it no minor coincidence that ’96 happens to be the same year ATLiens was released. That OutKast’s sophomore album gave the city a definitive pre-millennial identity, which has lasted for 20 years, is the real story of Atlanta in ’96.

Just imagine how much different things might’ve been if ACOG had the foresight to name the little blue creature ATLien, instead.

The irony is that Izzy, a character meant to represent Atlanta to the rest of the world, was designed by a transplant. John Ryan recently admitted, in Max Blau’s thorough oral history on Izzy for Atlanta magazine, that his design was, in fact, based on him being an alien newcomer to the South who had no idea what Atlanta was about:

?? John Ryan, then senior director at DESIGNefx, the animation division of Crawford Communications: The basic job was to design something that would appeal to children and broadly on a world stage. There was a mention of trying to acknowledge regional flair. For me that meant they were going to get designs that were pecans and peanuts and pooches. So I fell back to classic design technique, seeing things from the perspective of an alien who had just landed here. I was a transplant to Atlanta. Reducing the mascot to a possum or pecan or peach representing Atlanta seemed a little silly to me.  ?? Through the creation of a character literally called WHATIZIT, Ryan helped fashion the unyielding mythology that Atlanta has no identity. That local sentiment has only echoed louder over the past 20 years, as the city’s transplant population has continued to multiply, outpacing longtime residents. But that false narrative just doesn’t jibe with the city’s deep well of history, as former Atlanta Journal-Consititution columnist Colin Campbell told Blau:

?? Colin Campbell, then an AJC columnist: The city, like the Olympics itself, had great resources: good restaurants, the symphony, the Braves. There’s more substance in the town’s history and the civil rights movement — those are things of real importance. And it had a lot of other stuff you try to edit out. People were embarrassed by Whatizit.  ?? Meanwhile, in a parallel universe, Atlanta’s homegrown hip-hop bona fides would become the new defining identity of the city from a global perspective beginning in the mid-’90s. It’s an identity the business-friendly civic community has always been reluctant to embrace. But it takes the release of a sneaker — inextricably linked to the same streetwear culture hip-hop birthed — to confirm what people like native Bem Joiner already know: “Atlanta Influences Everything,” as reads the tee he and Tomorrows partner Ian Ford recently released in support of Atlanta’s creative economy.

In a sense, these Nike sneaks unwittingly represent all of that — Atlanta’s past meeting its present, and the simultaneous rejection and acceptance of its worldwide cultural cachet. We wear it well.


[Admin link: What Nike's new Atlanta '96 shoe says about the identity of the city]