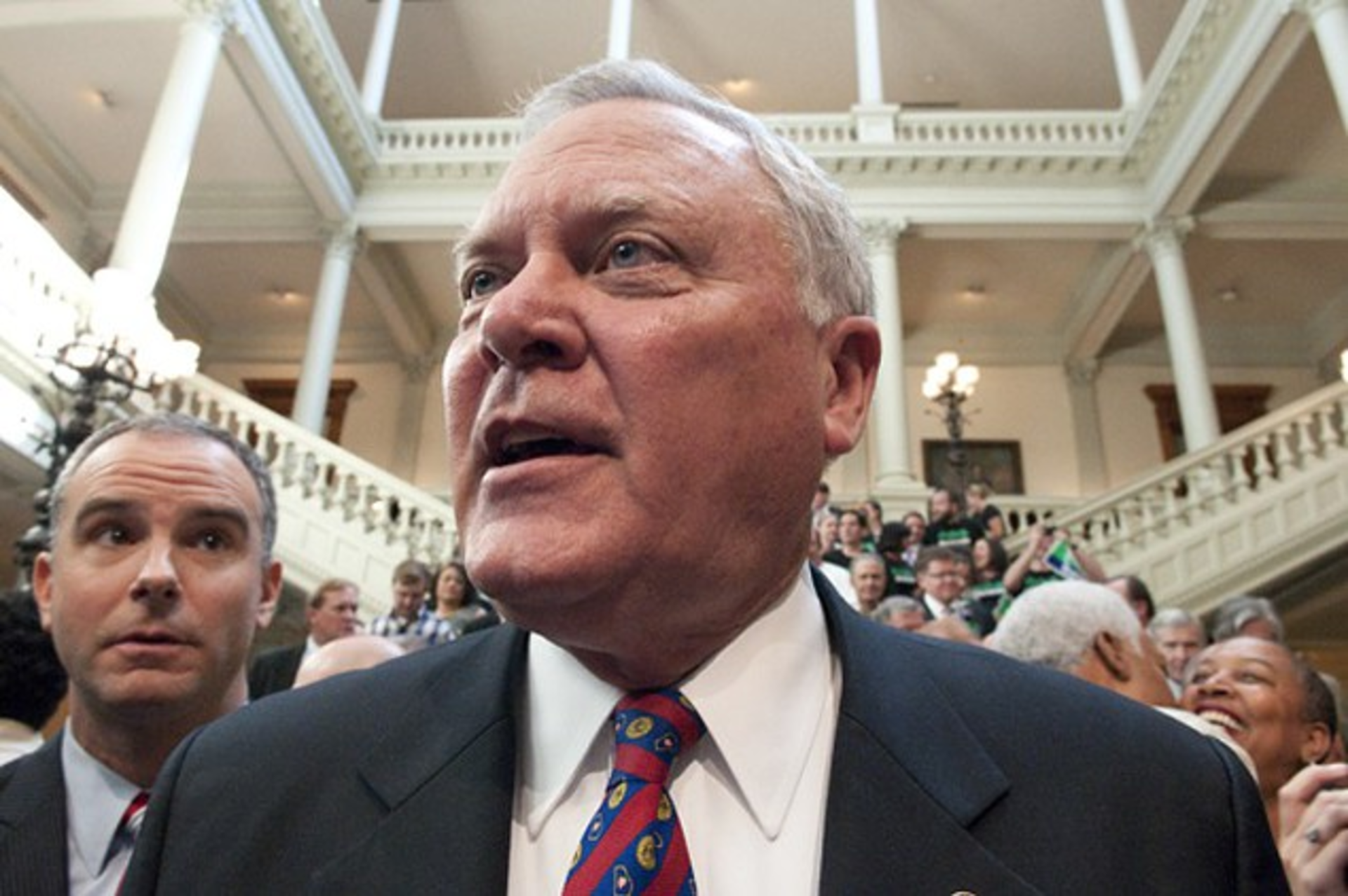 Photo credit:
Governor Nathan Deal yesterday signed a tax break aimed at attracting the Super Bowl and other large sporting events to Atlanta. The measure exempts state and local taxes on sales of tickets for the games, which could cost Georgia government $10 million or so. Some state lawmakers have criticized the measure for giving sports leagues a hefty break that other businesses don't receive.

The director of Georgia's Environmental Protection Division is stepping down. Jud Turner took the position in 2012 and has spent much of his time leading the state in a legal battle over water allocation from the Chattahoochee River Basin. He will continue to serve as part of the litigation team moving forward.

http://investigations.blog.ajc.com/2016/04/21/this-is-why-no-trained-nurses-may-be-available-to-help-rape-victims-in-georgia/" rel="external">This is why no trained nurses may be able to help rape victims in Georgia.

The developer helping to transform Doraville's former GM plant is proposing another new project nearby, in Tucker. He wants to redevelop a vacant Sears Roebuck & Co warehouse to create retail, housing, and even a movie studio.

This Saturday at Stone Mountain, expect to see hundreds or thousands of white supremacists, a group of Confederate flag enthusiasts who want to let everyone know they're not white supremacists, members of the Anonymous collective, a motorcycle gang, and student and anti-fascist protestors.