Opinion - What can we learn from the 9/11 anniversary? 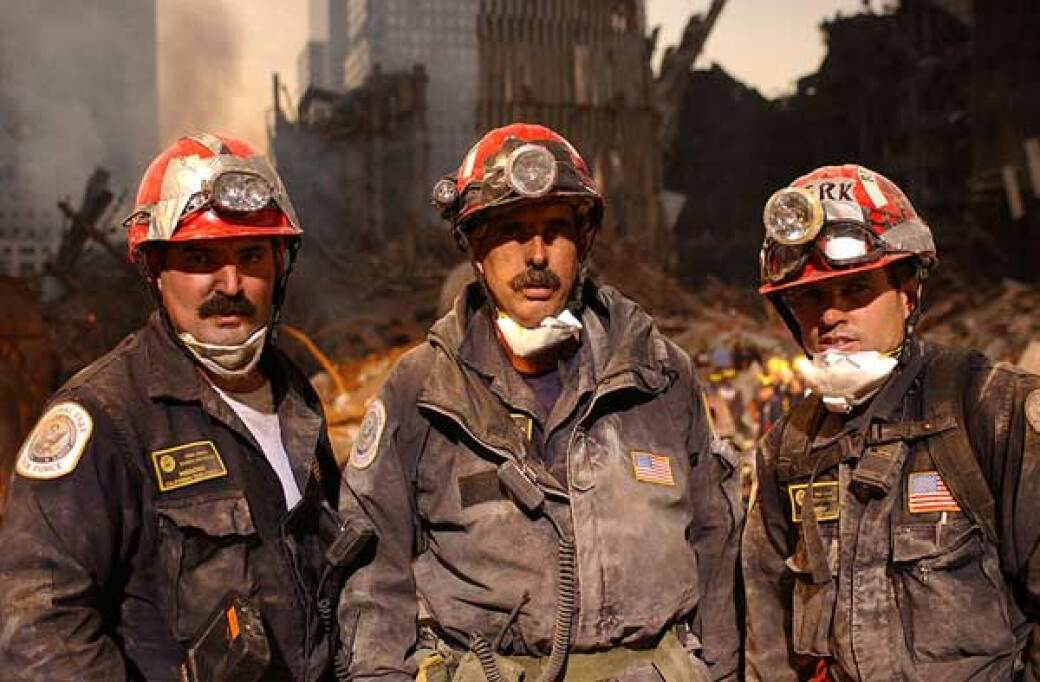 During the week prior to Labor Day, the leading edge of the 9/11 10th anniversary media storm began pelting my DVR. So far, I've managed to stay dry. I'm making a point of avoiding the coverage.

The 9/11 anniversary TV coverage has little value to offer. If you find comfort in dwelling on that horrible day with the help of well-produced, for-profit television programming, I say go ahead and do your thing.

But honestly, other than a tiny bit of catharsis, what does this weekend's TV terrorpalooza do for us? Do we need reminding? At this point, who among us can't play back the events in our minds with Blu-ray clarity?

Are we going to learn something new about the 9/11 attacks this weekend that we don't already know or think we know? Are any of the so-called "truthers" who think the attacks were carried out by the U.S. government going to watch footage of the towers collapsing one more time and think, "You know, now that I think of it, maybe the towers collapsed because al-Qaeda operatives crashed those planes into them. I owe an apology to all those people I've been pestering with my bullshit email forwards since October 2001."

Are any of the people who still erroneously believe Saddam Hussein worked with al-Qaeda to carry out the attacks going to watch an anniversary retrospective this weekend and think, "I now see that Mr. Sean Hannity is a serial liar. My bad."

If I were Lord of Television, my news department's 9/11 anniversary retrospective would consist of a couple hours of low-key coverage honoring the attack's victims and their loved ones. And I'd put it on C-Span so the solemnity of the event wouldn't be ruined by vacuous punditry and Levitra commercials.

If I caved to my ad department and decided to create a full weekend of 9/11-themed programming, I wouldn't bore viewers with shows examining the political, military, financial and moral cost of the War on Terror™. Why bother?

First, Americans already know where they stand on all that. Another televised reminder isn't going to change minds. If you're the sort of person who thinks the War On Terror™ has been a good thing for the country, but that health care reform, labor unions and Clinton-era top marginal income tax rates are bad for us, there's nothing anyone is going to say to you that's going to wake you from your 2+2=5 dream world.

Secondly, I've already had my personal fill of "Look how bad this war screwed up America" introspection. Enough with the self-pity already. Instead, I think everyone could stand a few hours of TV devoted to the war's civilian victims abroad. How about a TV special devoted simply to figuring out how many Iraqi noncombatants died as a result of the U.S. invasion? Is it 122,000, as the website Iraq Body Count suggests, or is it more than 600,000, as the British medical journal the Lancet contends.

I don't know the answer, but that's point. I'd like to watch a 9/11 show that teaches me something.

More importantly, it's about time we stopped treating innocent foreign victims of our wars as if they're nothing more than eggs in our freedom omelette. They were real human beings with families who loved them as much as our families love us. We would be a better and safer nation if we could learn that lesson.

Former CL staffer Andisheh Nouraee is the co-author of Americapedia: Taking the Dumb Out of Freedom. He blogs at AmericapediaTheBook.com.

Don't Panic!: Is the Iraq War over? Article

The Iraq war is over in the same way that daytime is over if you close your curtains. | more...

Maybe Google Translator should add a Slang-to-English option, too? | more...

Blessed are the Colt Peacemakers Article