Opinion - The Declaration of Independence Day

Fourth of July has devolved into a mindless national block party. Here's what we should do about it. 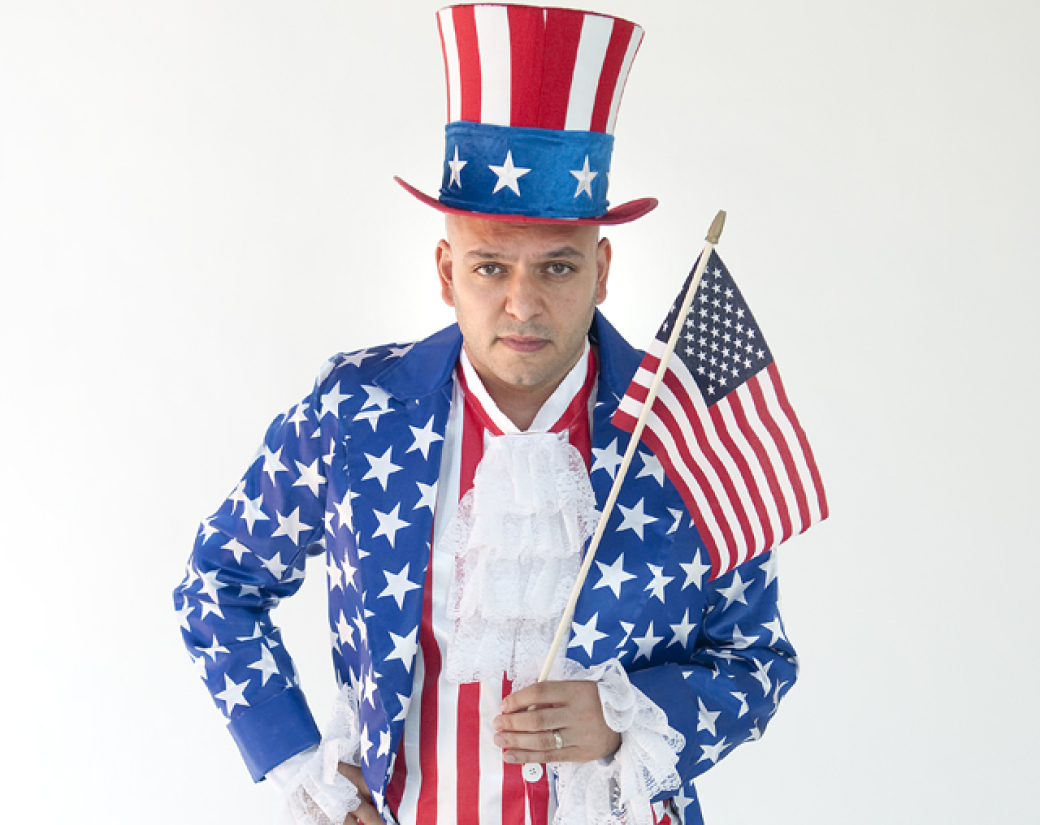 If you have time away from work for Independence Day, chances are one of these noun combos is an accurate summation of your holiday activities. Sure, there are variations. No doubt some of you will choose Boca burgers or drink wine, liquor, or soft drinks instead of beer. And some of you are smart enough to lather up with SPF 50 and wear a wide-brimmed hat.

Menus and melanomas aside, my bigger point is this: Independence Day isn't the national day of historical commemoration or celebration it's supposed to be. Instead it's an "I found $40 in these old jeans"; a bonus day during which we're allowed to start fires and detonate explosives without ending up on a Homeland Security watch list. It's our national Sabado Gigante that, six out of seven years, isn't even on a Sabado.

How did that happen? Not even the "War on Christmas" jackboots marching across Sean Hannity's damp fantasies would think to defrock Christmas by dubbing it "the 25th." Yet Independence Day has somehow become the only major holiday we effectively deny by refusing to call it by its given name. Calling it "the Fourth" is dismissive and insulting, like when an elderly homophobic relative refers to your longtime same-sex spouse as your "friend." The words we choose to describe things convey our intentions, regardless of whether we understand or acknowledge those intentions.

When I consider how Independence Day has devolved into a mindless national block party, I can't help but think about how the pace and priorities of modern American life discourage us from being mindful of much of anything. We live in a city, in a country, where quasi-police agents need to be stationed at crosswalks every morning to keep commuters from mowing down children on their way to school. If we're too busy not to kill schoolchildren without explicitly being told not to, we're too busy to consider the meaning of our civic holidays. We're too busy to consider much of anything.

The demands of work make us hurried and self-centered. Americans work very long hours compared to our peers in other wealthy nations. In 2008, the average American had only 18 annual vacation days and used just 14 of them. If you add up public holidays plus statutory requirements for paid time off work, our peers in Europe usually have at least five or six weeks paid time off annually.

Vacation time is only part of the "free" time formula. Our laws and traditions reinforce the message that workplace productivity (translation: profit) is our primary purpose for being. Everything else is distraction. Consider this, in the U.K., the country from which the U.S. declared independence, mothers get one year off of work to stay at home with a new baby. Nearly 10 months of that is paid. Anyone who has a child or knows someone with a child knows that time off work is anything but "free" time. By comparison, in the U.S. some women get three months off, unpaid, thanks to the Family Medical Leave Act. If new American mothers get paid during their parental leave, it's because they work for one of the just 10 percent or so of American employers that offer paid time off to new parents. More likely they're getting paid because they have an insurance policy through their employer that cuts checks to new mothers in the form of "short-term disability" payments. We're so obsessed by short-term profits, we view babies as distractions from workplace productivity. Even if you're a heartless major shareholder who hates babies, you should welcome them as future labor to exploit. By treating family as a disability, we're eating our own seed corn. A country that doesn't have time to raise its babies is a country that certainly has no time to think about things like the meaning of a holiday. So let's just chillax on our free day and try to be sober when we go back to work tomorrow, OK?

Independence Day's civic meaning is further devalued by the shallow way we choose to celebrate it. I'm not talking about meat and explosions. That's fellowship and fellowship is a wonderful thing. I'm talking our unhealthy urge to turn every civic event into a reason to genuflect to the U.S. military. It happens all over the country. It's just worse here in the South.

Being thankful for and honoring the sacrifices made by the women and men of our armed forces is important. We quite rightly have two days on our civic calendar set aside for honoring people of the military (Memorial Day to honor our military dead and Veterans Day to honor everyone who has served in the armed forces). One could argue that it's more important than ever to honor the servicewomen and men since the U.S. moved to a volunteer military after Vietnam. (Remember, as great as the Greatest Generation was, remember they were conscripted; the people who got Bin Laden volunteered for that job.) But that's not what we do on Independence Day. At Lenox, Centennial Olympic Park, or wherever you gather for the holiday, there's going to be some cursory hand-clapping for veterans while Hootie (or your event's equivalent) downs a Dasani between sets. This is not thoughtful. This is not civic-mindedness.

We can widen and deepen Independence Day's appeal by expanding our working definition of patriotism beyond hand-clapping and "America, fuck yeah." Instead of being a third military holiday, but with fireworks, Independence Day should put the significance of our armed forces into a meaningful context.

Remember: Independence Day doesn't commemorate a battle or a war. It commemorates the day a bunch of politicians clicked "Like" on a 1,300-word missive by a radical public intellectual. July 4, 1776, was a thinking, talking, and writing day, not a fighting day. It's not the day we won the battle for life, liberty, and the pursuit of happiness. It's the day a clutch of influential people agreed these were good ideas; the day they decided Americans should be citizens instead of subjects.

So just as people declare their intention to put the "Christ back in Christmas" and revive the spirit of that holiday by reclaiming it from consumer goods manufacturers and retailers, I urge my fellow Atlantans and Americans to begin making an effort to put the Independence Day back in the Fourth of July.

Here are a few simple things you can do. Read the Declaration of Independence. It's shorter than this essay. Pick up a book about the Declaration's primary author, Thomas Jefferson. Screw that. I know you're busy. Just read his Wikipedia page on your phone in the bathroom at work. Knowing a little bit about Jefferson is a soothing experience. If you're the type of person who watches the news and laments that our country is a scary, freaky, mixed-up place, you will find something like solace in knowing confusion and contradiction is in our DNA — courtesy of American Baby Daddies like Thomas Jefferson. Jefferson was/is a confusing and contradictory man. He was a man of letters, but a lousy public speaker. He was a theologian who distrusted contemporary religion so much he assembled his own version of the Bible. He tried to limit and abolish slavery as a government official, but kept slaves. Enormously heroic and deeply flawed, he was a complicated man; he was the John Shaft of his day. No one understood him but Sally Hemings.

You don't have to celebrate Independence Day my way. You can celebrate it your way or not at all. Do it however you'd like. It's a free country, after all. All I ask is you take a few seconds to consider that.

Andisheh Nouraee is the author of Americapedia: Taking the Dumb Out of Freedom. Find him and the book at twitter.com/andishehnouraee.