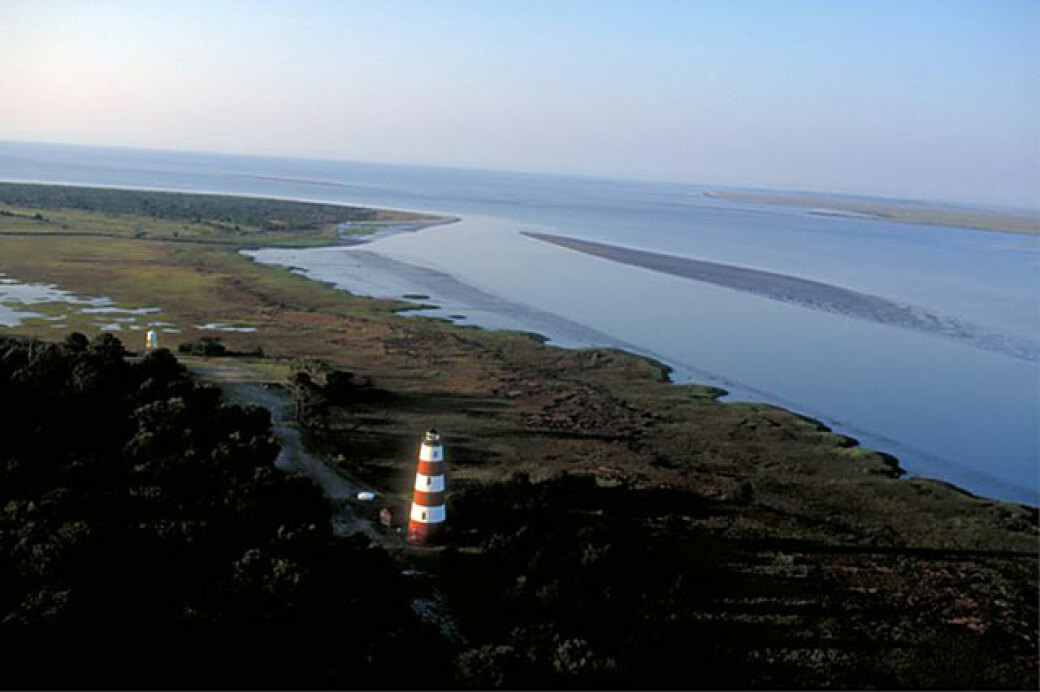 When three friends and I spent a weekend on Sapelo Island several summers ago, we were trying to find ghosts. It seemed like a logical place to look, insofar as logic could possibly apply to ghost hunting.

Located off Georgia's coast due east of Darien, Sapelo doesn't have paved roads. There aren't many (or any) street signs. Cell phone reception is terrible. It's accessible only by ferry and the last one back to the mainland departs at 5:30 p.m. each day. And despite the fact that the island is wider than Manhattan and almost as long, there are only about 50 full-time residents: Geechee people who descend from West African slaves and who occupy a small sliver of the island called Hog Hammock.

We rented two rooms in a guest house owned by Cornelia Bailey, the community's matriarch and unofficial historian. Just to give you an idea of the types of people whose interests bring them to Sapelo: A pipe-smoking cultural anthropologist from Sweden and his wife were among the other people renting rooms in the house.

The island is immensely quiet and intensely beautiful. During the day, a Bailey family member gave us a tour by van: We visited the little post office; the crumbling remnants of an old plantation's slave quarters; the red-and-white-striped lighthouse, the University of Georgia facilities where students and scientists study marine life and bugs; the cavernous, spectral Reynolds Mansion, replete with a "circus room" and a There Will Be Blood-style basement bowling alley; and a pristine beach where it's possible to find intact seashells — the really good kinds — because the shoreline hasn't been trampled on or picked over by tourists.

Hog Hammock is similarly untouched by outsiders. Because of the community's relative isolation, its Geechee residents have managed to preserve their West African heritage and traditions, much more so than elsewhere in the African diaspora. The 464 acres that comprise Hog Hammock are their ancestral land, granted to their freed forebears. But it's also prime property on an island, 97 percent of which is property of the state of Georgia. It's unspoiled. Naturally, there'd be people out there just champing at the bit to spoil it. But how would they go about it?

Last month, several publications reported that McIntosh County suddenly decided to reassess property values in Hog Hammock, resulting in property tax hikes as drastic as 600 percent for some residents. Most can't afford to pay the difference. County officials have specifically denied attempting to commit "cultural genocide," as it was referred to in the New York Times, and have blamed bad management and questionable appraisals in the past. But if the tax hike does force Hog Hammock's residents to sell their properties — to disperse, to reside instead on a mainland to which they have no connection — does it really matter that "cultural genocide" wasn't the county's intention?

Bailey makes a good point: "Our taxes went up so high, and then you don't have nothing to show for it." Sapelo doesn't have a police station or a fire department. If anyone in Hog Hammock calls 911, no one is going to take the ferry over to make sure everything is all right. They don't have paved roads or trash collection. They send fewer than 10 children to public school on the mainland. The county collects their taxes without providing anything that homeowners on the mainland receive in return. In response to complaints and appeals from Hog Hammock residents, the county made them an offer: a 15 percent reduction in their tax bills.

County Attorney Adam Poppell told CNN, "We have to follow the law, and assess at fair market value ... to fix the problem the state has to create a special exemption for cultural communities." All right, so Poppell, in a very politician-like maneuver, passed the buck to the state level — but at least he proposed a solution. If state lawmakers have the ability to make such an exception, they should do it. Before it's too late.

When we visited Sapelo, the four of us walked around after it got dark with a camera, a voice recorder, and a black mutt who'd befriended us. The dog was incidental to the mission on these self-fashioned ghost tours. I'm going to be honest. We had a couple of weird experiences on the island, but I won't risk sounding like a mentally unstable person by saying what they were. But even more memorable than otherworldly phenomena was the feeling that I was someplace rare. A place that hasn't been ruined by commercialization or tourism (our hosts didn't seem to care much if we were there one way or another) and that not many people visit. I want to visit again someday. But only if I can stay in Hog Hammock.