So what needs to be done to fix the problem? 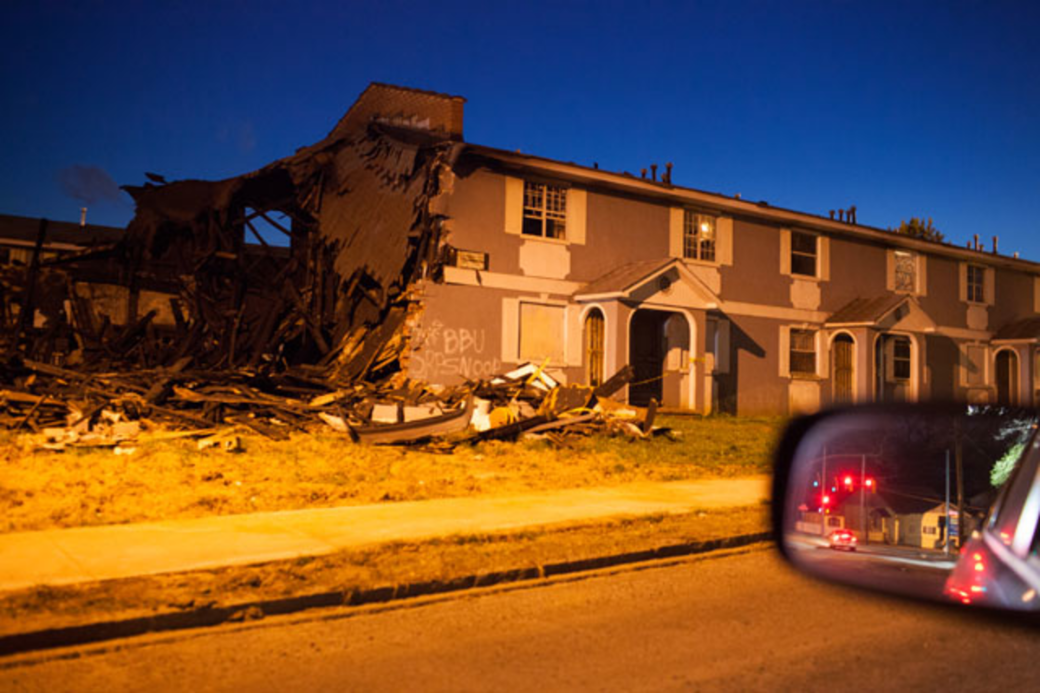 Now that the righteous indignation has quieted over a recent report that the income gap between Atlanta's rich and poor is greater here than in any other American city, we can't allow business to go on as usual.

When the Washington, D.C.-based Brookings Institution released its findings that the average annual income for the poorest Atlantans is about $14,850, while the richest earn an average of $297,827, or 18.8 times more, some people were shocked. Adding to the insult is another study that found Atlanta is one of the worst regions in the United States for young people to change their circumstances and rise above poverty.

How could this happen in the cradle of the Civil Rights Movement, the black mecca where African-American millionaires are as abundant as dogwood tree blossoms in the spring? How could this happen in a city that markets itself as the capital of the New South because of its progressive ideologies and its commitment, at least in theory, to fairness? It happened because we — all of us — allowed it to happen in some way or another, from policy making to regional planning and from just being silent.

While Brookings focused on income earnings, the Partnership for Southern Equity, which I lead, recently released findings of the Metro Atlanta Equity Atlas, a two-year study on regional equity, or inequities as the case may be, in areas that impact a person's quality of life and ability to earn a family wage. Our study, based on U.S. Census statistics, community meetings, and other research tools, looked at the 28-county metro region. From that, we created an innovative mapping tool that highlights demographic shifts and other data that illustrate how the inequities occurred.

We found that everyone is to blame. Metro Atlanta elected officials, white and black, whose policies, ordinances, and arrogance prevented regional transportation, steered resources into some parts of the region at the expense of others, and treated our most vulnerable like stepchildren. Business and civic leaders who often seem more concerned about protecting Atlanta's national and international image than dealing with what's really going on at home. Community and nonprofit activists who have a tendency to operate in silos without collaborating to take a holistic approach to problem-solving. Atlanta Public Schools' flawed education system that led to low student achievement and the cheating scandal among administrators who manipulated test scores. And residents who often look to government to fix what's broken instead of taking up the mantle themselves.

The evidence of these disparities isn't just in statistics, but in the neighborhoods we call home. Driving through southwest Atlanta on a recent afternoon, I was appalled by the decay near two of America's most prestigious black institutions: Morehouse College, my alma mater, and Spelman College. Boarded-up houses and overgrown, trash-strewn lots dot the landscape alongside occupied homes in need of TLC. Meanwhile, nearby Vine City, home of the future billion-dollar stadium for the Atlanta Falcons, and Summerhill, home of the soon-to-be-abandoned Turner Field, represent urban decay at its worst. Both neighborhoods were designated empowerment zones in the mid-1990s by the city, complete with tax abatements to encourage development. But today they feel more like war zones for the least empowered.

Driving a few miles north I circled Chastain Park, an emerald in the middle of a neighborhood boasting a manicured golf course, paved walking trails, baseball fields, tennis courts, and abundant greenspace. Comparing that to some parks in southwest Atlanta left me shaking my head.

Residents should expect more, demand more, and do more to make it known they will not tolerate being treated like second-class citizens just because they lack the wealth of their affluent neighbors. At the same time, people who live in comfort should care more about what is happening in these communities, understanding that the future viability of our Atlanta will depend on our willingness to leave no person or neighborhood behind.

When the economy began to tank in the early 2000s and formerly well-off Atlanta parents could no longer afford to send their children to private schools, they transferred their kids to local public schools and became active in the PTAs. They also advocated for charter schools, theme schools, and career academies to bring more innovations and specialized programs into classrooms. Given the ability and wherewithal for engagement all parents can help make a difference whether they're poor, unemployed, or working.

For many low-wealth parents that might not be an option. Atlanta's future viability will depend on our willingness to push for more diverse engagement to help find viable solutions to entrenched issues like education, economic opportunity, and transportation.

History has shown us it does not take large sums of money or a college education or key contacts in high places to change the world in which we live. Activists such as the Rev. Martin Luther King Jr., Rev. Joseph E. Lowery, and unsung hero Ella Baker didn't have bottomless checking accounts during the Civil Rights Movement.

Before we debate reducing income inequality by raising the minimum wage or levying higher taxes on the rich we all need to be engaged in framing a new tomorrow for Atlanta. What we need now is a 21st century version of the Poor People's Campaign of the 1960s. A new covenant between everyone involved who has something at stake: the poor, the tired, the huddled masses yearning for equity, as well as the middle class and the wealthy who understand our quality of life depends on our ability to create an "all in" region. PSE is using our recent findings to push for shared prosperity in metro Atlanta with the support of our local and regional partners. We are also holding workshops to show people how to document inequities and correct the imbalances through civic engagement.

The simple answer is to get involved now. Before you say you can't afford to, ask yourself if you can afford not to.

Nathaniel Smith is the founder of the Partnership for Southern Equity, a nonprofit aimed at promoting equitable development and prosperity in metro Atlanta.