What does it say about our priorities when libraries are always on the chopping block? 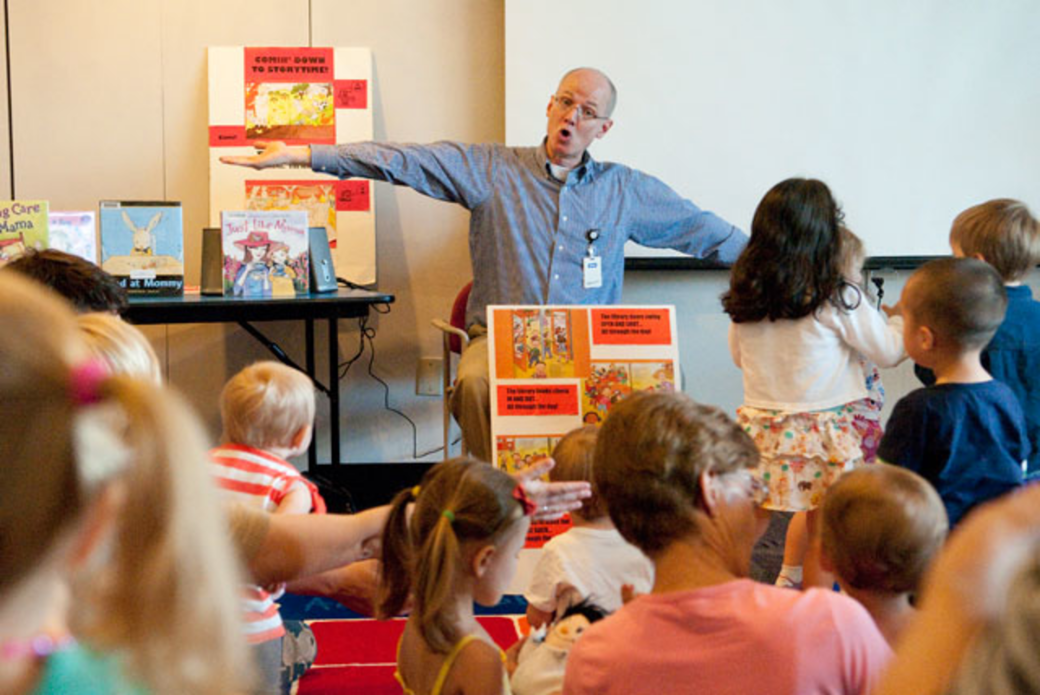 I recently returned from paternity leave after the birth of my daughter. During my time away from work, my older daughter and I spent one Tuesday morning at the public library located on Peachtree Street for story time. When we arrived there it was madness — kids of all shapes, sizes, and ethnicities were running gleefully in the packed room. Then Mr. Ken the librarian walked in. Suddenly, children and their mothers — and a few fathers — went quiet. Everybody pulled in close and Mr. Ken began his weekly story. We hung on every word. We sang together. We shared story time at the local public library, one of the best community activities in Atlanta.

This is a scene that is becoming increasingly rare in our city. This is a shame for Atlanta.

In February, the Fulton County Commission drastically reduced the Atlanta-Fulton County Public Library System's operating budget by $6 million, or close to 20 percent. The budget-cutting move resulted in the elimination of approximately 120 jobs, including all the libraries' part-time positions. The cuts also meant a more than 35 percent reduction in hours at all public libraries in Fulton. Today, 19 of Fulton's 33 public libraries are closed half of the week.

This not only means fewer story times, but also less access to one of our country's great public institutions. Libraries provide free access to community events, books, music, and the Internet. In my almost weekly visits to libraries over the years, I have conducted research for columns like this, checked out books and movies, obtained passes to local museums, and explored one of the most diverse collections of music I've ever encountered.

For many Atlantans, libraries might provide the only access to these materials. And some of the libraries with the biggest service-hour cuts are in some of the areas with the fewest resources. Locations that are now closed for three and a half days each week include West End, Washington Park Branch, Mechanicsville, and Hapeville. Meanwhile, libraries in Sandy Springs and Roswell are only closed one day a week.

These cuts are not an aberration. Stephanie Moody, who chairs the Fulton County Library board of trustees, [http://pauldingneighbor.com/view/full_story/24644315/article-Public-librarieshoursstaff-cut-by-county?instance=roswell|told Neighbor Newspapers after the cuts started in February that every year since 2008 the library has had to slash its operating budget, leave positions unfilled, eliminate programs, and reduce the number of materials it purchases.
While the libraries cut hours, lay off employees, and buy fewer materials because of budget cuts, we still manage to find cash for other purposes. And plenty of it. Last year Georgia taxpayers spent $1.1 billion to operate the state's corrections department. While the library system saw its funding drop in January, the sheriff's office saw its budget increase. While the library system loses $6 million from its budget, the federal government, city, and the private sector can find $100 million to build a streetcar system. And state lawmakers extended a tax on hotel rooms — a move the city also supported that will raise hundreds of millions of dollars to help pay for a new Atlanta Falcons Stadium. That project will mostly benefit the team's billionaire owner. Heck, Gov. Nathan Deal even found $17 million in the state's budget to help build a parking deck for the new stadium. And while the library system claims 4 million patrons visited the facilities in 2013, the Atlanta Falcons 2013 entire regular season attendance for its eight home games was just more than 561,000.

Sure, many of these examples are apples to oranges, involving different governments and funding streams. But it's about priorities. Our governments talk big about improving education, building community, and addressing the root causes of crime. But when it comes to funding facilities that can do all that and much more, they pull out empty pockets.

In 2008, Fulton voters overwhelmingly approved — by a 30 percent margin — the construction of more libraries to replace outdated facilities. That's great. But we also need cash to operate them.

Anytime we talk about libraries in the digital age, the argument always comes up: Libraries are outdated and they need to be re-imagined. In Chattanooga, for example, the city's central library boasts a special floor featuring a 3-D printer and programmers teach coding classes. Think about all the amazing technology that we could provide. (Imagine if libraries chould also check out bicycles, art, tuxedos, iPads, and musical instruments, and other nontraditional library items.)

Consider that, by giving people better access to items and materials they need to advance in life, we might need to spend less on the criminal justice system. But how can we re-imagine libraries when we can't even keep the doors open? Imagine if we invested $300 million to build entirely new state-of-the-art libraries.

Libraries are rare community spaces where people of all walks of life gather for the purpose of gaining knowledge about their world. What better investment can we make in our society? Still, every year we cut this sacred resource. For many families, like my own, public libraries provide an important and meaningful community space. Budgets are a reflection of our values. What does it say when the funding of our libraries — places where people can learn and be among others — is so low on that list?]