Recent ruling to uphold Owens vs. Hill is revenge, not justice 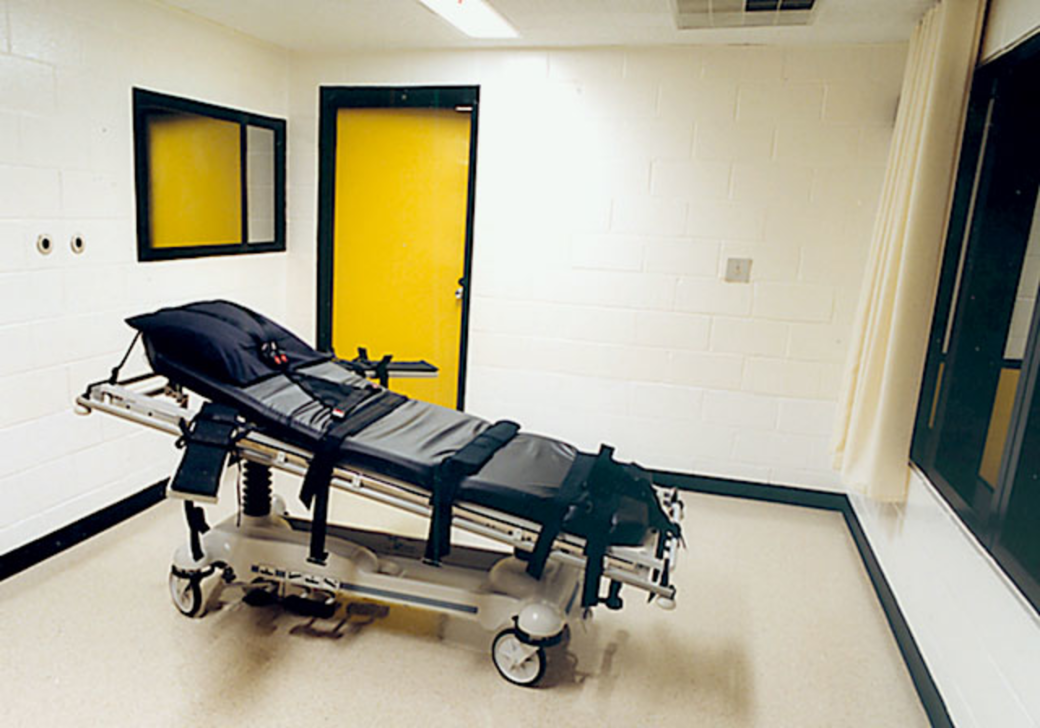 For centuries, the executioner has worn a mask to enshroud the process in secrecy. As methods of execution have "advanced" along with technology, from the guillotine to the intravenous injection of a lethal drug cocktail, the mask has changed as well. In Georgia, the state has handed the pharmaceutical companies that make money off the death penalty a mask, codified in law.

On May 19, the Supreme Court of Georgia upheld a controversial Georgia law passed in 2013 that provides anonymity to those who supply lethal-injection drugs to the state's corrections department. In doing so, the court ruled in Owens v. Hill that lawyers for Warren Hill, a mentally disabled death-row inmate who has an IQ of 70, failed to make a strong enough case for how access to information about execution drugs would prevent Hill from the grim fate of a cruel and unusual punishment.

Whether you're for or against the death penalty, you should be adamantly opposed to this law. You should also be up in arms about the fact that only two justices sided against it. The law sidesteps government transparency, perpetuates hypocrisy, and feeds Georgia's manic, addict-like fixation with keeping the death penalty alive at all costs.

Without knowing the exact source of execution drugs, Hill and other death-row inmates could be subject to botched lethal injections that turn their final moments into torture. In Hill's case, an indefinite stay of execution in place since last July has been lifted because of the ruling. Georgia Attorney General Sam Olens has the power once again to schedule Hill's execution despite, as two justices note in the ruling's minority opinion, the denial of his due process.

Hill likely has a stronger legal case thanks to a separate U.S. Supreme Court ruling this week that will favorably change the way states determine whether mentally disabled inmates are fit for execution. But the limitation of Hill's rights regarding lethal injection secrecy will have major consequences for Georgia's other death-row prisoners.

The lethal injection secrecy law is being kept on the books simply to protect the state's private interests. Transparency is important for all government decisions, but particularly in the case of the death penalty given its current state of affairs throughout the nation. In April in Oklahoma, which has a similar secrecy law, death-row inmate Clayton D. Lockett suffered an excruciating death after his executioners botched his lethal injection. He struggled on his gurney for 43-minutes before finally succumbing to a heart attack. Federal public defender Madeline Cohen, who was representing another Oklahoma inmate also scheduled to die that evening, described Lockett's death as "torturous." The execution was carried out without any independent witnesses. More information about and proper vetting of the drugs could have raised a red flag and helped prevent Lockett's final hour of suffering. Similarly mishandled and cruel executions could very well become the norm in Georgia without proper oversight.

For years, Georgia and a number of other states have scrambled to replenish dwindling supplies of execution drugs. Supply has dwindled as more and more manufacturers have caved to political pressure and refused to sell drugs for capital punishment. Now that Lockett's case has again called the humanity of this execution method into question, politicians are finding other ways to kill their prisoners. Last week, Tennessee overwhelmingly approved a bill that would bring back the electric chair if the state is unable to procure lethal-injection drugs. Lawmakers in Utah and Wyoming are currently mulling whether or not to resurrect firing squads as a more humane form of execution. This is what desperation breeds. Rather than re-examining whether the death penalty still serves a purpose (if it ever did), policymakers are launching tragically comic efforts to keep it going.

In the Georgia court's majority opinion, presiding Justice P. Harris Hines wrote that execution drug suppliers needed protection because of the "obvious" risks involved with the job. Hines is an intelligent jurist, which makes his opinion for the majority so disappointing. He writes that these companies — which are being paid with taxpayer dollars — deserve anonymity to prevent retaliation. In addition, Hines writes, the law will likely make the state's execution process "more timely and orderly." That might be the case for state officials who want to keep space available on death row, but it makes it impossible to ensure that death-row inmates are protected from cruel and unusual punishment.

The state is picking and choosing who's gifted with the cloak of invisibility because it suits officials' agendas and allows them to proclaim they're tough on crime. We can find out who serves meals in government cafeterias and who paves the roads. Yet we aren't allowed to know who is stopping another person's heart, however heinous that person's crime might have been? We are told that life is precious when it comes to a woman's right to choose, but that it's worth ending in a potentially painful manner with mysterious drugs mixed by anonymous chemists when it's a criminal?

This law is an absurd, last ditch attempt to keep an archaic punishment alive. As citizens, we have the right to know what is being carried out in our name.

??This article has been updated.