Why I didn't vote in the runoff. Or the primary. Or last November. 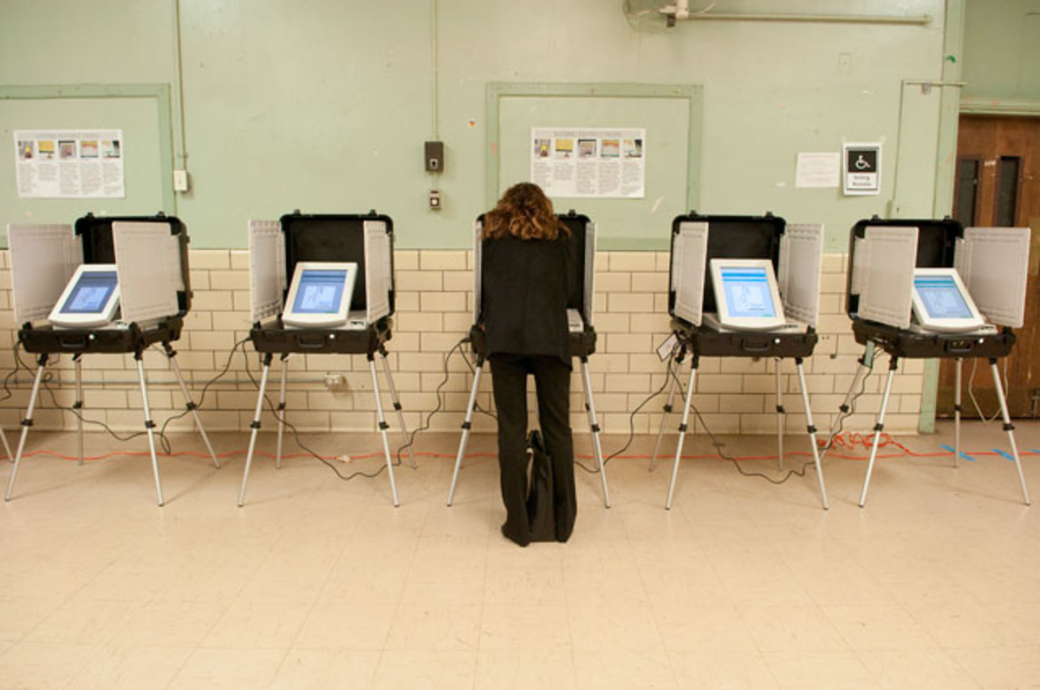 I have a confession. Last year I skipped voting for the first time in my life. I did not vote in last November’s general election. I did not cast a ballot in the May primaries. And I did not participate in last week’s runoff. More than 25 years of dutifully going to my local polling place — poof, ended.

According to Fulton County turnout statistics I am not the only one skipping voting. When you include men and women older than age 18 who haven't registered to vote, only about 7 percent of Fulton residents who could vote cast ballots in the runoff. Roughly 12 percent came out to vote in the primary. Last November only about 10.5 percent cast ballots.

After covering politics for 25 years, I have come to the conclusion that yes, the country's democratic system — particularly the electoral system — is terribly broken. In most cases, only the very rich or well connected can afford to mount a formidable campaign. Once elected, they're sucked into a system dependent on fundraising to stay in office, and they then consolidate their power, resulting in few competitive races. It's gross and depressing, and I unfortunately no longer feel like my vote matters. But steps could be taken to reform the system.

The first would be to tackle the role that money plays in our electoral process. It never made sense to me that people would spend millions of dollars to get a job that pays far less. For example, David Perdue, the Georgia GOP's nominee for U.S. Senate, spent more than $3 million dollars of his own cash, just on the primary. According to the Center for Responsive Politics, now, for the first time in the nation's history, the median net worth of members of Congress is more than $1 million. In the U.S. Senate, the median net worth reported is more than $2.5 million. With the nation's wealthiest people running our democracy, it makes people like me feel powerless. I can't relate to them.

Campaign finance laws for raising money are just as broken. Companies that get contracts from the government — and that are regulated by the government — are allowed to pump millions of dollars into politician campaigns and inaugurations. For example, in 2012 utility attorneys contributed $10,000 to a Public Service Commissioner's campaign just days before he voted on a deal that would pass $3.2 million dollars of utility charges onto Georgia ratepayers. The measure passed 3-2. The PSC member who received the contribution cast the deciding vote. The contributions are legal.

Two recent U.S. Supreme Court decisions have made it even easier for America's richest citizens and corporations to purchase our government, further alienating voters like me. The 2010 Citizens United v. Federal Election Commission decision made it possible for corporations and unions to spend unlimited amounts for and against candidates, and McCutcheon v. FEC did away with aggregate limits placed on contributors. As a result of these decisions, Americans have seen an explosion of big money in state and federal elections. Outside spending on elections tripled between 2008 and 2012, CRP says. My vote has the same power, but my voice gets drowned out.

But why just buy elections when you can outright rig the districts that elected officials represent. Every 10 years, new congressional lines are drawn. This complex process is vitally important because it decides who votes in what district. Lawmakers are able to make extremely accurate maps that help improve the chance of winning a seat — and consolidating power — for either Democratic or Republican candidates.

Georgia Common Cause’s William Perry said this practice has “led to greater polarization and alienation between elected officials and the average person.” Solve the problem, he said, with “independent redistricting that is out of the hands of politicians, forbids partisan voting data to be used in drawing districts, and bases district lines on things like geographic and natural boundaries.”

I'd like to think that there is hope. Congressman Hank Johnson, D-Georgia, is co-sponsoring a constitutional amendment that will attempt to reverse the Supreme Court’s rulings and allow states to regulate and set reasonable limits on how candidates and others can raise and spend money and influence elections. The amendment, if approved, would also give Congress and the states the power to distinguish between humans and corporations. But the likelihood of the amendment being given a vote in the U.S. House is slim.

We need to go further. Why not limit campaign contributions to $5 per person? Or how about public funding of campaigns? According to Statistics Norway, that nation's government funding accounts for the majority of political parties' funding, and radio and TV political ads are banned (voter turnout in Norway's 2013 election was also close to 80 percent). What about a national holiday for elections or at least expanding early voting to Sundays? Imagine if candidates were allowed to spend money on their campaigns no earlier than one-month before the election. Sure, it'd probably be impossible to enact some of these proposals, but we need to take creative steps to revive our democracy and get people like me back to the polls.

All my life I have been told the myth that America is the world's greatest democracy. But the reality is that, with voter turnout as low as it is, the real question is do we still have a true, functioning democracy? The first step toward making things better would be, oddly enough, to go and vote. But to do that we must believe change is possible. Is it?

Joeff Davis is CL's photo editor and a member of the paper's editorial board.