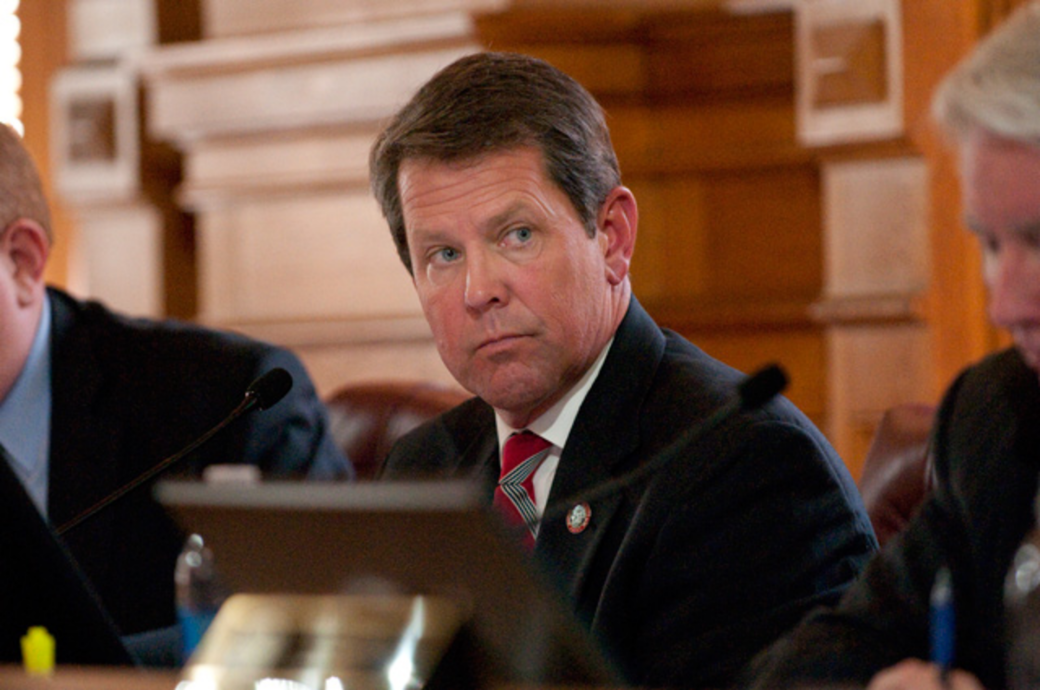 On Sept. 8, a voting rights battle began between GOP and Democratic officials in Georgia. DeKalb County officials announced that residents will be able to vote on Sunday for the first time in state history this fall. Fulton, Clayton, and other counties that tend to lean democratic have since followed suit. Instead of embracing the decision, which could help give more voters chances to cast ballots, some Republican officials, including Gov. Nathan Deal, slammed the decision as a partisan move.

Shortly thereafter, Georgia Secretary of State Brian Kemp announced that his office was launching an investigation into a massive registration effort over suspicions of potential fraud. He subpoenaed a trove of documents from the New Georgia Project, a voter outreach nonprofit chaired by House Minority Leader Stacey Abrams, D-Atlanta. The move threw a wrench into the group's efforts to register tens of thousands of voter applications, mostly from African-American, Asian-American, and Hispanic residents.

The most important role of the secretary of state's office is to make sure elections are accessible, fair, and secure. Kemp's prided himself on the last one. But judging by the NGP debacle, he has failed on the first two. Kemp is no different from other GOP leaders who have used the bogeyman of voter fraud to limit people's access to the polls.

Kemp has tried to ensure that Georgians in the military and other voters living overseas get their ballots. If only he were as accommodating to the rest of the state's residents. Kemp appears to be keeping pace with his GOP counterparts in Florida and Texas, where growing minority populations threaten Republican control. For instance, Kemp has backed a lawsuit protecting Georgia's Voter ID law, which requires ballot casters to bring photo identification to the polls.

Kemp dismissed much of the outcry from minority leaders incensed about his crackdown on NGP's efforts as "racially inflammatory rhetoric" that are part of the "silly season of politics" leading up to an election. He argues that his investigation comes in the name of voter rights and that every forged voter application found will defend the sacred right to cast ballots. Never mind that only about 25 of the more than 85,000 applications NGP collected were flagged as forgeries or suspicious — a minuscule fraction and almost expected anomaly.

"Protecting the right to vote is also about making sure that every vote truly counts," Kemp wrote in a recent Atlanta Journal-Constitution op-ed. "Fraudulent activity, in any form, is a serious criminal offense and it undermines what makes our country and our state the envy of the world."

Kemp's recent actions show that he's not working for all residents, regardless of their political party. His office's slow processing of voter registration forms caused disenfranchised voters to miss the May 20 primary and now, potentially, the Nov. 4 election.

NGP has registered voters who are more likely to vote for Democratic candidates. Kemp has not looked into GOP registration efforts with the same scrutiny. In July, while speaking to Gwinnett County Republicans, he urged his party members to get out the vote, or else run the risk of losing important statewide races. Kemp has every right to stump for his party. But his claims to champion the interests of voters in all parties sound dubious at best.

The secretary of state and other Georgia Republicans have in the past tried to counteract the inevitable demographic shift political scientists say will turn Georgia from red to purple. In 2010, Kemp's office embarked on a voter fraud witch hunt in South Georgia that, after four years of legal battles for 12 residents of Quitman, Ga., turned up no wrongdoing. He initially refused to comply with the National Voter Registration Act in 2011 and relented only after an NAACP lawsuit. In 2012, errors made by Kemp's office resulted in thousands of residents being purged from the voter rolls.

Approximately 50,000 or more potential votes in the coming election are currently at stake. County officials' failure by to process all voter applications in time for the Nov. 4 election could affect more than the next crop of state leaders. Whoever wins the governor's seat could have a lock on the office for the next eight years and, among other things, the final say over new political maps created by the GOP-controlled legislature when the 2020 census is completed, says Francys Johnson, president of the Georgia NAACP. Republicans will likely maintain control for the foreseeable future in the General Assembly. And with Georgia becoming a minority majority state, one should assume that the party in power will, demographics be damned, do its best to gerrymander districts to tilt elections in its favor. After all, that's what Democrats did while in power.

Political chess aside, making sure that all applications filed in time for the Nov. 4 election are processed by the Oct. 6 deadline is not only the right thing to do, it's also Kemp's job. County officials must vet them, but the responsibility falls upon the secretary of state.

Kemp is correct when he says that right to vote is sacred. That's why he should be bending over backward to provide resources for county officials to approve the thousands of applications pouring in from potential voters. Anomalies should be investigated, but it should not bring the process to a halt. Confirmed forgeries and suspect applications make up less than one percent of what NGP has thus far submitted.

Kemp should be glad that Georgians, regardless of their party, want to cast ballots and shape the course of Georgia's future. It's his job to help, not hinder.