Is the Beltline paving the way for monoculture? 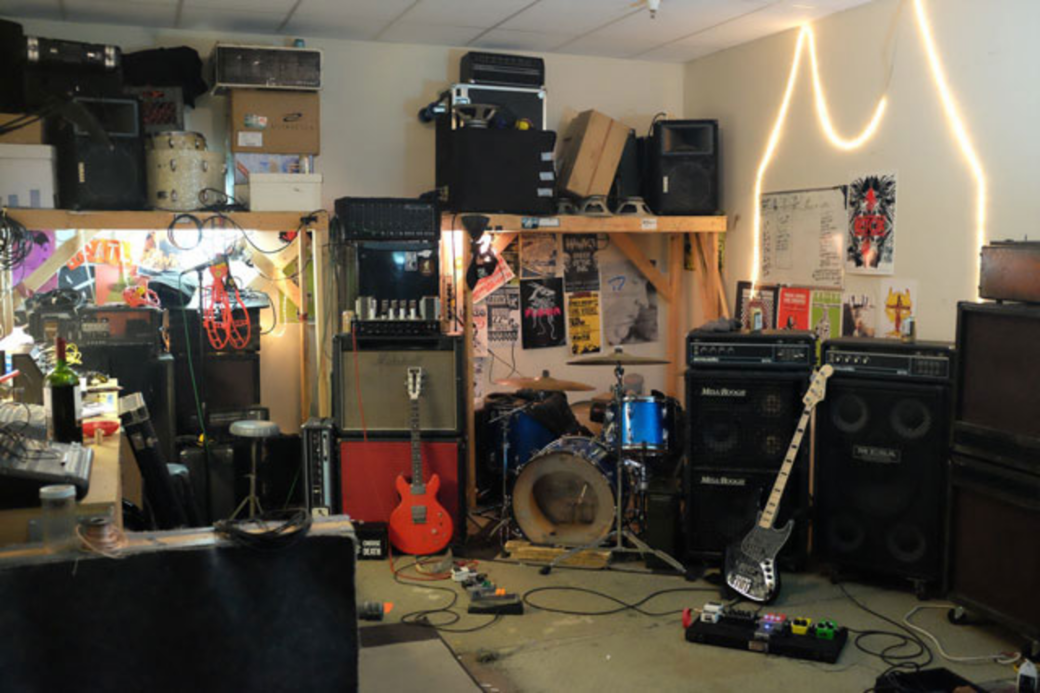 Gentrification is nothing new to Atlanta, but a recent wave of change has begun an intown blitz that is threatening some of the city's cultural institutions. It already has a lot of momentum, and it came disguised as a Trojan horse: the Atlanta Beltline.

On Nov. 12, Mayor Kasim Reed broke ground on a three-mile stretch of the Beltline's Westside Trail. Across town that same day, near the Beltline's established Eastside Trail, tenants arriving to play music in one of the 60-plus practice spaces at Old Fourth Ward's Thunderbox Rehearsal Studios found a letter from manager Ted Lathangue tucked under their doors. The note read: "As it stands today, 11/12/14, I have now been informed that the partnership that owns the building & the land at 728 Ralph McGill Blvd is in negotiations to sell the property."

Sitting at a quiet bend along Ralph McGill Boulevard, just a few blocks west of the Carter Center, Thunderbox is the base of operations for countless musicians. Scores of local acts including HAWKS, Order of the Owl, Torche, Coathangers, Dasher, and metal behemoth Mastodon have holed up inside the former warehouse's practice spaces to perfect their songs and connect with other musicians. Fallen punk hero Jay Reatard recorded parts of 2006's Blood Visions LP here. Over the last nine years, Thunderbox has become a musical dormitory. Walk its dimly lit hallways and you'll hear a deluge of metal, gospel, punk, and garage rock collide in a disorienting din.

Usually every room is occupied. Sometimes two or three bands share a room's time and rent. Nine years ago, the neighborhood provided an isolated location for bands to make noise. Now it's hot real estate.

Lathangue's letter goes on to say that a deal hasn't been struck yet, and the future of Thunderbox is unclear. The bottom line, however, is that developers are looking at the property with acquisitive eyes. Even if this deal falls through, another will be close behind. After all, property around the Eastside Trail is in high demand.

The most unsettling thing about many of the developments springing up around the Beltline is that the 22-mile loop was supposed to be an agent of vibrancy. It has rallied citizens and grass-roots organizations, and brought attention to forgotten neighborhoods. But it has also laid the groundwork for a pricey monoculture.

Dad's Garage, a stronghold for improv comedy and theater performances that brought life to the corner of Lake and Elizabeth streets in Inman Park for almost 20 years, was forced to relocate last year to make way for yet another mid-rise apartment building. And as construction on the mixed-use megalith that is Ponce City Market continues, developers are reportedly itching to plant a five-story, multifamily building atop the Masquerade Music Park, the venue's outdoor space. The Masquerade is designated as a historic landmark by the city so it can be demolished only under limited circumstances. Even Murder Kroger is attempting to rebrand itself "Beltline Kroger."

As soon as an institution like Thunderbox develops a sense of history, along comes a wrecking ball. It's a problem that we see over and over again in Atlanta. In many cases the buzz around the Beltline is accelerating that process. Rather than displace them, developers should make an effort to incorporate these institutions into their plans. Why not retain part of what made a location so special in the first place?

Developers have been rightly praised for repurposing City Hall East as Ponce City Market rather than demolishing it, for instance. But at $1,335 for a 575-square-foot apartment, its residences are well beyond the means of most working folks and reflect the skyward direction rents in this city are headed.

More change is coming, and the more the city chips away at the creative surface area with high-priced condos and disposable storage units, the less square footage there is for artists, musicians, and creators. With each new wave of gentrification, Atlanta risks losing a bit of its soul and identity. But it doesn't have to be this way.

Every city undergoes the same pattern: Moneyed classes seek to associate themselves with the cultural vitality of the creative classes, but in so doing, the former force out the latter, who helped make the neighborhood desirable.

Atlanta's creative scene will never disappear. Local artists and musicians will continue to find neglected corners of the city and reveal their potential. If Thunderbox disappears, a new rehearsal space will likely be born somewhere else. South Downtown is already primed for a renaissance with the Mammal Gallery and Eyedrum establishing themselves on forgotten stretches of South Broad and Forsyth streets. Artists will always work to make the city a better place, especially in the face of change.