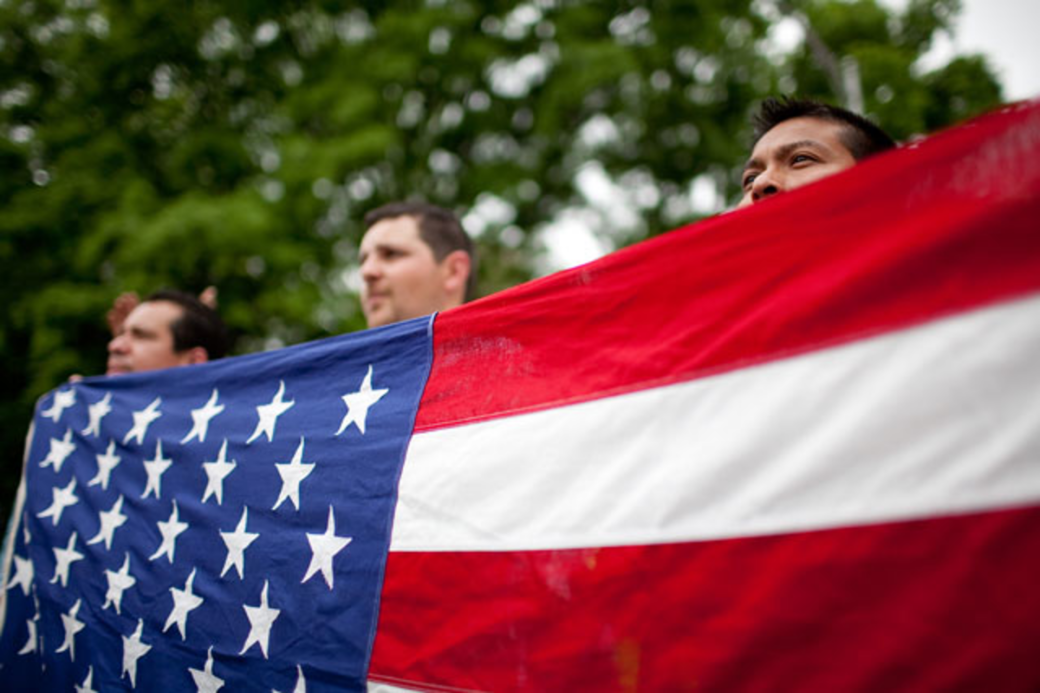 On Nov. 20, President Barack Obama bypassed Congress and announced an overhaul of the country's immigration system that could allow up to 5 million undocumented immigrants to avoid deportation for three years. The program doesn't benefit everyone, however, including some men and women who are living in the country illegally and who don't have a U.S.-born child. Ponciano Ugalde is a 48-year-old construction worker and father of U.S.-born children who has lived as an undocumented immigrant in the United States for more than 20 years. He's also worked with the Georgia Latino Alliance for Human Rights. Creative Loafing spoke with him about Obama's decision.

I came to the United States from Mexico City on Oct. 20, 1989. I had been in school, and I wanted to keep working on my education, but there was a lack of opportunities. So I ended up coming to the United States on a travel visa. And I stayed here. I had an idea that I was only going to be here for a certain time.

I arrived in California. And I lived there for four years. California was very similar to Mexico. The only different thing was the language.

At first I would do any type of work. Construction work, then I started meeting a lot of people who would help me get other jobs. I used to be the manager of a flea market in Los Angeles. It was open 6 a.m.-8 p.m., and we would be off only the last Tuesday of each month.

In 1991 or 1993 I came to Atlanta. My wife had friends here. We always liked the city. It was really calm. I remember where I used to live the people were friendly. There were a lot of jobs.

I had started focusing on construction. I also was working as a waiter at a Mexican restaurant in Downtown Atlanta.

There weren't a lot of problems back then. Everything started after 1996, when the Olympics came. Things started getting more difficult. Everything began when we started seeing cars coming from other states. They brought people who came to look for jobs also. It was getting harder to find jobs. The work started decreasing.

I got used to being here. You think about exiting the country, but you can't come back if you do. My mother passed away in 2007. I wasn't able to go to her funeral in Mexico because of the fear of leaving the country and not being able to come back. Also, spending a long period of time away from another country, you know it's not going to be the same. I also had my children, who were born here. In total I have five. I haven't thought about whether I am Mexican, American, or Mexican-American. I know that I have been living here more years than I did in Mexico. My children are American. They speak Spanish. But they were born here.

I didn't worry so much about being deported until the mid-2000s, when they started taking away drivers licenses. If you didn't do anything bad, you were free to live here. In 2004 I started hearing that a friend of a relative was detained. And you started hearing that more and more, until a close friend was the one getting deported.

It became really hard because back then. I was married, I had a house. When you take away a drivers license it becomes difficult to work and get other identification. I had a lot of fear about what could happen to us. If I had been deported, what would I have done? I haven't asked that question to myself. I don't know what I would have done.

Now I don't have to fear being deported, and other things, as I did in the past. I will take the same precautions, however.

When I came here in 1989, the amnesty of 1986 had just passed. In 2001, I believe there was to be something with immigration. But after the Twin Towers and 9/11, everything came to a halt. We have always believed the press and Congress, that something would be done, but not until that relief was given.

We have to understand that the chorus of people saying that what Obama did was wrong are the people who are always against everything. We will try to keep on fighting and keep on going.

If I could say something to Obama now, I'd say "thank you." There are people like me who have always tried to do things right and provide for our families, but there are a lot of people who don't qualify for his announced program. What I've heard is people who don't have citizen children might not qualify for that reason.

It's just an administrative relief. What ideally would happen is that we have an immigration reform in which all of us would be able to live as documented, would be able to qualify, and be able to stay here, and not just be given a temporary status. I believe it was a battle that was won. It's not the war — just a battle.

This translated interview, as told to Joeff Davis and Thomas Wheatley, has been edited and condensed.