End the APS-Beltline dispute, reuse Atlanta's history, and chill with the cauliflower 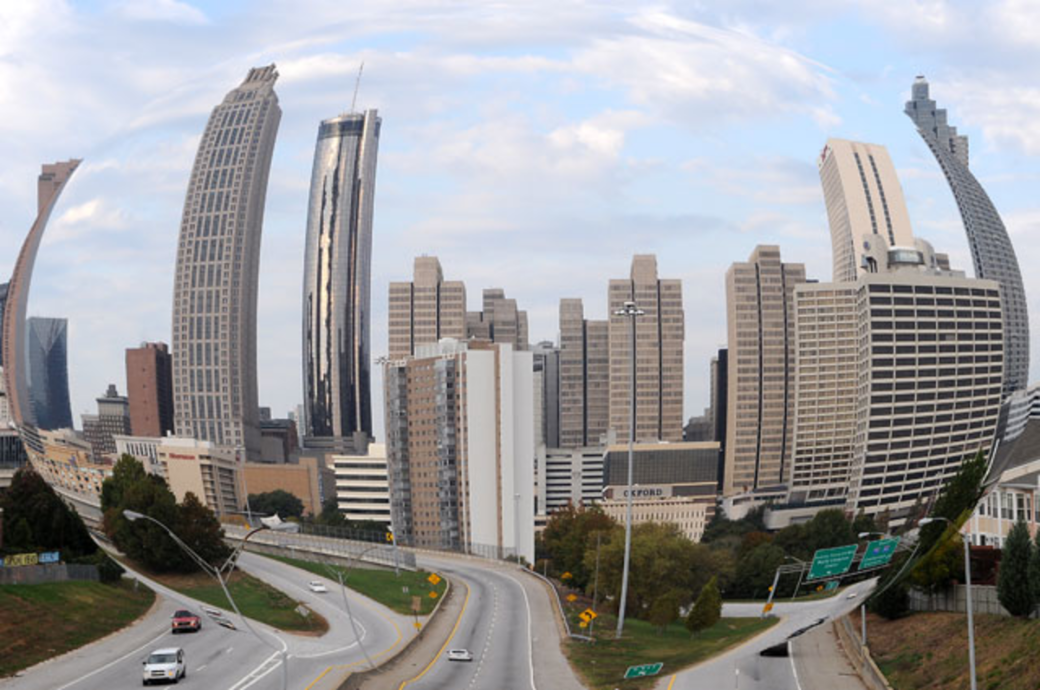 Ah, 2014. You were filled with construction cranes and radio station takeovers. We are still coughing up dust from ground-breakings and wiping away tears at the loss of daytime college radio. But we soldier on, into 2015. We long ago gave up resolutions about stopping smoking, exercising more, and eating fewer deep-fried Oreos. So this year, we're hoping for a few realistic things from our wonderful city and sorely misguided state.

EXPAND MEDICAID: This didn't happen last year. But expanding the federal health care program is still a pressing need for hundreds of thousands of low-income uninsured Georgians, as well as rural hospitals teetering on the brink of closure. You don't have to call it Medicaid. Call it DealCare. Just pass a program that can help the people who are most vulnerable.

GIVE A DAMN ABOUT OUR CULTURAL INSTITUTIONS: 2014 was a year in which one of Atlanta's best radio stations was lost, a strike temporarily shut down our symphony, public officials at the city and county levels undermined the arts community, and cultural institutions closed and moved elsewhere because of northeast Atlanta's development boom and the Atlanta Beltine's progress. Let's not make those same mistakes in 2015.

EMBRACE THE HOMELESS: Let's pray that the attitude of Atlanta Police Department Det. David Quinn catches on throughout Atlanta officialdom and elsewhere. During his press conferences in advance of homeless shootings suspect Aeman Lovel Presley's arrest, Quinn repeatedly referred to "our homeless brothers and sisters." Language matters in these matters. So does meaningful action from government officials.

BELTLINE AND APS, HUG AND MAKE UP: The long-simmering dispute over missed payments by the city to Atlanta Public Schools for the Beltline has the potential to kill the relationship between the two. That's terrible at any time, but particularly bad news when the city's rebounding and needs to focus its energy on making the city more livable, its neighborhoods better connected, and its schools the best they can possibly be for students.

AND PRIORITIZE EDUCATION: This road is a long and tough one, but it's worth it. The key to a strong community and city is a well-funded and robust education system. For Atlanta to continue to attract people and keep the residents who have long called it home, APS needs to provide quality schools.

BUSES AND RAIL DESERVE MORE THAN ROADS: Mayor Kasim Reed says he thinks 55 percent of new transportation funding — state lawmakers will be working on finding new cash for roads, bridges, and transit this year — should be spent on asphalt, and the rest on rail and buses. Government has to be realistic about the public's demands, he says. The truth is the region has fallen far behind where its bus and rail network should be. Catching up will cost cash — but it'll also boost the more walkable and transit-oriented communities people want. Plus, it'll make life easier for the people who choose to keep driving. Stop focusing solely on easing congestion and think about increasing mobility.

BOOST STREET LIFE: Do everything in the city's power to encourage busking, public art, and everything else that enriches life in Atlanta.

HARD-HIT NEIGHBORHOODS CAN'T WAIT FOR A STADIUM: English Avenue and Vine City, two long-impoverished communities across the street from the future Atlanta Falcons stadium, are set to receive tens of millions of dollars in public and private investment tied to the sports complex's construction. Federal officials are starting to seize problem properties. Job training programs are underway and teaching people skills they can use to start careers. If the private sector and public officials could expand this focus across the city — and not forget the neighborhoods once the projects are complete — we'd have a much higher quality of life.

LET FOOD BE THY MEDICINE: Conscientious ingredient sourcing and supporting local agriculture have become standard operating procedure in Atlanta restaurants. Sustainability is essential, but there should be more focus on health and nutrition. In 2015, chefs should put more non-starchy vegetable options and composed vegetarian dishes on their menus. More nutrient density, please!

THAT BEING SAID, COOL IT WITH THE CAULIFLOWER: You love it, we love it. But seriously, can we move on from (or at least chill out with) this oppressively ubiquitous vegetable? No offense, roasted, charred, mashed, fried, pickled, and pureed cauliflower, you're great. But in 2015, can we get a little more vegetal diversity up in here?

GIVE THE POOR A FUCKING BREAK: Every year, state lawmakers focus first on big corporations and then bullying and squeezing whatever pennies they can from people living on low incomes. We saw it in 2010 when they repealed the earned income tax credit on the poor — the brainchild of one state Rep. David Knight, R-Griffin. And we might see it again in the form of regressive sales taxes and income tax cuts or some other nonsense piece of Gold Dome legislation. And what we said about expanding Medicaid? Just do it already.

REUSE IT AND THEY WILL COME: The development beast has descended upon Atlanta once again, knocking down the old and building, in many cases, soulless and generic eyesores that seem to encompass the limits of anyone's vision. The latest casualty was the Creomulsion building in Old Fourth Ward, which will now become townhomes. When possible, repurpose existing architecture and spaces. This city has historic buildings that can make your development stand apart from others. It might be a headache on the front-end, but that can pay dividends. Make something you will be proud of and that will outlive you.