Opinion - Dan Cathy to the rescue 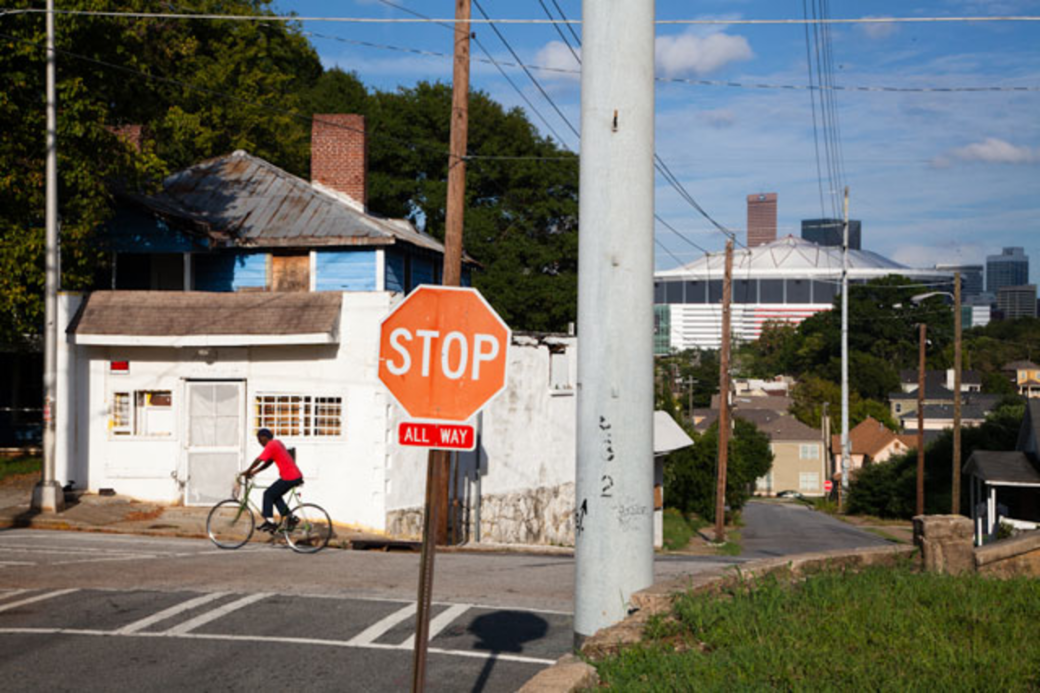 Chick-fil-A CEO Dan Cathy has a recurring nightmare. It does not involve serving spicy chicken sandwiches on Sundays. It's about Atlanta. Or, more specifically, it's about how Cathy is worried that Atlanta will someday be revealed, from the view of a blimp flying above a massive sports shrine, as a city with a stark divide between the haves and the have-nots; what Atlanta Business Chronicle columnist Maria Saporta called "a true tale of two cities" in a recent feature on the CEO.

On Feb. 13, the Chronicle published a story titled "Dan Cathy's plea: We must help 30314" that follows Cathy, trading his suit and tie for a jacket and jeans, on a tour of English Avenue and Vine City. He likened the neighborhoods to "a scene out of Baghdad." The fast-food executive is calling the community to help turn around the neighborhoods. Bruce Deel, the leader of City of Refuge, a nonprofit homeless organization, says Cathy has moved from bringing Chick-fil-A employees and partners to tour his shelter for the past few years to setting foot into the war zone.

The daily hardships affecting the people who live in ZIP code 30314 — an embattled swath of West Atlanta including English Avenue, Vine City, Hunter Hills, and Dixie Hills — are nothing new. They are the most visible faces of a city with some of the highest income inequality in the nation. Now, with a $1.4 billion stadium set to open its doors down the street in 2017, one where Chick-fil-A will continue to sponsor major annual events, Cathy and others are sounding alarms about West Atlanta's plight. And, as is usually the case when an affluent white businessman says something is a problem in town, the issue is receiving attention.

It's great that, after all these years, the city is waking up to the poverty and blight in these communities. But it shouldn't happen just because they're located next to a stadium. It's not what Cathy is saying that's the problem — it's how he's saying it that's an issue.

People in those neighborhoods lived alongside hardships long before Cathy took his first tour with City of Refuge. Approximately two-thirds of English Avenue residents live below the poverty line. More than 25 percent of the people in the communities dropped out of high school. Crime is an issue. But people and groups have long worked to improve the neighborhoods, whose rich history is entwined with the Civil Rights Movement's birth, by building community with gardens, housing, and programs. People call it home.

Tens of millions of public dollars have been spent on various projects over the years, including health clinics, developments, and centers to stabilize the area. And even more — the city and private sector have pledged $45 million — will be spent in the coming years as part of investment in the area tied to the new Atlanta Falcons stadium. Team owner Arthur Blank, who's accepting hundreds of millions of dollars in public cash to build the new stadium, is funding the Westside Works job-training facility to teach those in the immediate area real skills to help find jobs. It's envisioned to stay open after the new stadium's first kickoff. Grants for community programs will help address some of the most basic issues in the community. These are programs that take years — even decades — to make a lasting impact.

Now Cathy wants to join the mix. Whether that involves additional work with City of Refuge or joining — or even launching — other initiatives is not yet clear. The fast-food executive should be applauded for stepping up, drawing attention to a long overlooked part of town, and potentially investing cash. But it takes more than money to turn around a neighborhood.

In a tale of Atlanta's two cities, the billionaire is making clear that people in Dan Cathy's circles should ride into the war zone to help the residents who just so happen to be living near the stadium tied to his corporation's business interests. In the way Cathy speaks about his philanthropic efforts, it would seem he doesn't see those residents as equals, but as a cause that helps him sleep easier at night. Cathy and other corporate bigwigs shouldn't simply commit to a cause now because their financial interests are aligned with the community, be it because of an adjacent state-of-the-art stadium or another project. Or because it would look better on TV.

He says he is looking for a solution and that collaboration is needed. Oftentimes the solutions that come from up high address only the social effects — drugs, jobs, homelessness, prostitution — and never the causes. Some of the injustices people live with in the area are the result of a systematic devaluation of neighborhoods through a shrinking of resources, policies, and investment by bankers, politicians, and businesspeople — in other words, some of the people Cathy holds serious sway with as a major local and national businessman.

He could use his business. He's had a fast-food empire at his disposal for decades, yet only one Chick-fil-A is located in 30314, on the campus of the Atlanta University Center. Why not create jobs with living wages in the place he seeks to uplift through philanthropy? He could also use his bully pulpit to remind others why stark poverty and income inequality exist, whether thanks to the country and state's economic policies, or deeper, generational challenges, or both.

Cathy's brought the spotlight on 30314. We implore him to use his wealth and influence to improve those neighborhoods. But he should do so in a meaningful way that could lead to lasting change for the people of the communities in a way that respects them, not just one that makes for a nice view from thousands of feet above.