It's changed before, but the city institution remains a constant 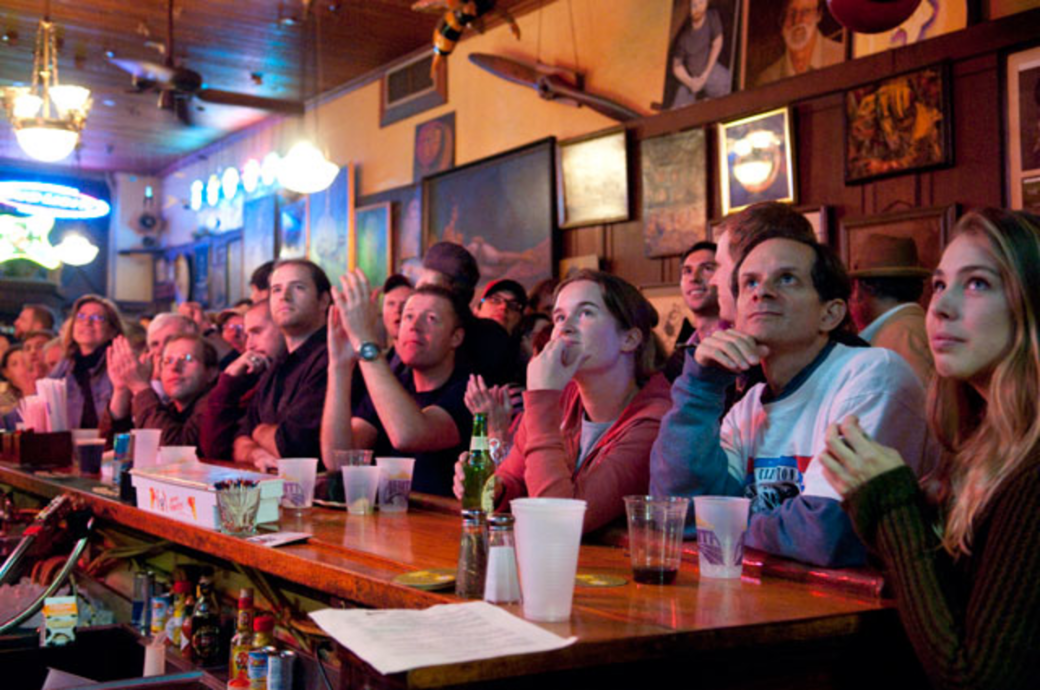 So it comes to this. Live long enough and spend enough time in dingy bars and sooner or later Creative Loafing will send you an email asking you write an "opinion piece" about the shocking news that Manuel's Tavern is about to undergo a major overhaul.

I do have an opinion about that. My opinion is that everything will be OK.

Not that you would have thought so based on the media furor that followed the announcement. The Atlanta Business Chronicle broke the news early Friday morning that developer Green Street Properties was buying Manuel's and the adjacent parking lot with an eye toward putting up a trendy new mixed-use development, including a refurbished Manuel's.

CL quickly followed suit, as did other media outlets. In Saturday morning's Atlanta Journal-Constitution front-page story, the second paragraph featured a dire prediction by "hospitality experts" that Manuel's might not be able to recapture its current clientele after it closes for a 90-to-120 day rehab process.

I also have an opinion about that. Those "hospitality experts" don't know what they're talking about. The grand reopening of Manuel's will probably draw a bigger crowd than the Braves' first opening day in Smyrna.

Other media weighed in as well. WAGA/Fox 5 interviewed Angelo Fuster, the veteran Atlanta political operative who I'm pretty sure gets his mail at Manuel's. Fuster, serving as the bar's "spokesman," did a nice job of explaining the plans and the pains Manuel's and Green Street would take to preserve all the historical artifacts (e.g., empty beer cans) that now line the walls of the old joint, and to restore the current look and feel after a rehab process that will require closing the place for three or four months in 2016. About the only thing Angelo didn't explain is where they're going to park him and other, still-breathing historical artifacts during that period.

I don't get to Manuel's as often as I used to, and these days it's more for a business lunch or an occasional game of chess than anything else. But back when I was a young reporter covering government and politics for the Atlanta Journal, it was nearly as important a stop on the daily circuit as the county courthouse or the Capitol.

My first invitation to the place came in January 1973 from Manuel Maloof himself, and it wasn't exactly friendly. I had just gone to work for the Journal. My first beat was DeKalb County, and I probably hadn't been on the job more than a couple of weeks when the phone rang in the old courthouse press room one afternoon. I picked it up and said, "Press office."

To say the voice on the other end of the line was gruff would be charitable. "Are you Hayslett?" It was more accusation than question. I said yes. He said, "You don't know what the expletive deleted you're writing about." It was the beginning of a beautiful friendship. It was also my introduction to "the bar."

You couldn't help but fall in love with the joint itself. Back then it was a simple shotgun affair, four-seater booths down one side and an old mahogany bar down the other. The fare consisted of beer and hot dogs. Cigarette smoke and stale beer hung in the air with the same permanence as the old pictures on the wall. When Manuel wasn't behind the bar or holding court in his front booth, he was usually in a closet-sized office just off the front door, muttering and cursing about one thing or the other.

It was part dive bar and part church, and it attracted an eclectic flock. It was often easier to get a quorum of various legislative committees there than at the State Capitol, and off-duty cops coexisted there with bookies, dopers, and other minor miscreants. Legend has it that when an Emory theologian first proclaimed "God is dead" in the mid-1960s, he was in a booth at Manuel's. That made the cover of Time, and it probably didn't come close to being the most provocative notion propounded there over the years.

Manuel's has changed before, and the world did not spin off its axis. Over the years it has taken over the space occupied by businesses on either side of the old shotgun bar, expanded the menu, put up a website and provided Wi-Fi service, even banned smoking. I'd like to think I played a part in one of the changes. In the fall of 1976 I stopped by Manuel's on the way home from work and wound up in a booth with Manuel and a couple of other guys. It had been one of those days, and I was in need of the medicinal punch of a good glass of whiskey rather than the draft beer I was sipping.

"Manuel," I said, "you ought to get a liquor license."

"I don't want a goddamn liquor license," he said.

I thought about that for a minute, then leaned out of the booth and looked down the bar at the motley line-up of patrons. "Manuel," I said, "look around. It doesn't get any more wrong than this."

A couple of months later the Journal shipped me off to the Washington Bureau, and it was at least six months before I got back to Atlanta and, of course, Manuel's — where I was greeted by the full whiskey bar that stands there now. I looked around and thought the crowd looked about the same as it did when it was just a beer joint. It still does. Manuel's survived getting a liquor license and banning smoking. It'll survive new plumbing and a fresh coat of paint.