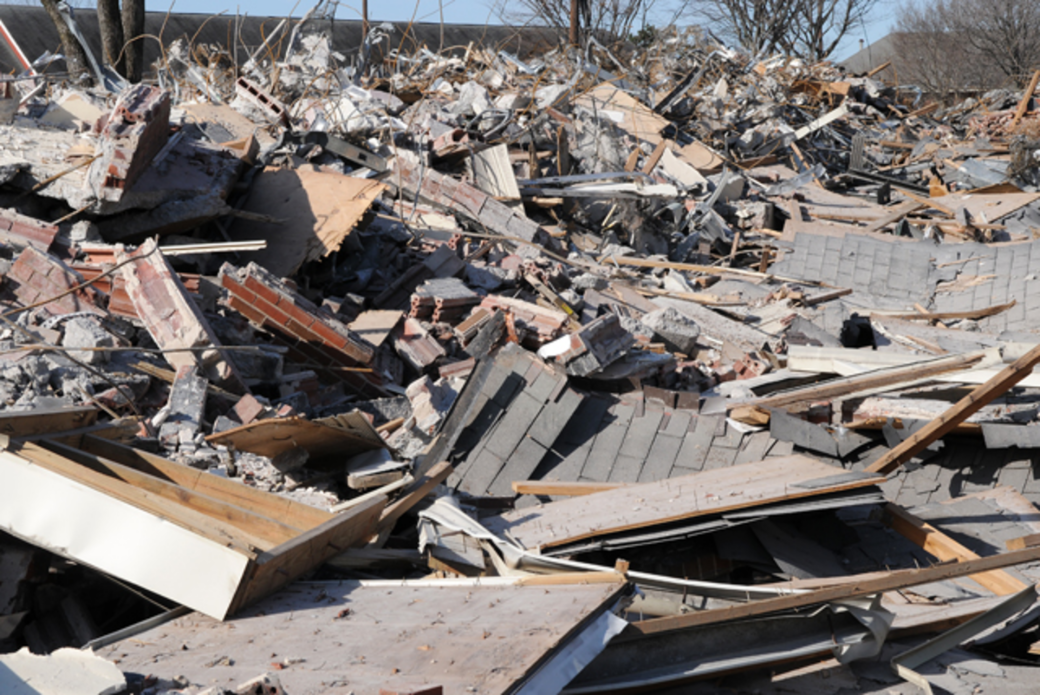 On May 12, 1995, the wrecking ball arrived at Techwood Homes. The 60-year-old development, the nation's first public housing project, was once a model for helping low-income residents find their way out of poverty with federally-subsidized housing. Some residents embraced their longtime homes. But as the decades passed, the complex came to embody inner-city blight in the minds of other Atlantans.

When the 1996 Olympic Games arrived, Atlanta's international spotlight sparked a development boom that ultimately sealed public housing's fate. In the following years, Atlanta Housing Authority officials decided to make Atlanta one of the first cities to break up concentrated pockets of poverty in its housing complexes. AHA tried to improve the lives of tenants. But the agency fell short of fully replacing housing that the city's most vulnerable residents relied upon following the demolition of Techwood Homes.

As Atlanta has grown, property values have climbed, gentrification has risen, and the gap between rich and poor has widened. Low-income residents remain at greater risk of displacement. Officials, who have taken tiny steps to address affordable housing, must make sure the poor aren't forced out of the city due to rising costs of living. In a city that strives to be world class, the manner in which decision-makers empower the powerless speaks volumes about the city we'll become.

Plans to eliminate Atlanta's public housing, especially complexes near the business community's stomping grounds in Downtown and Midtown, formed several decades ago. Some of the city's most influential corporate execs wanted AHA to build new developments instead of rehabbing housing projects. That effort was largely rooted in negative perceptions tied to growing conservative backlash against public welfare, the 1980s crack epidemic, and rising crime in the early 1990s. After federal officials decided to shift their policies away from public housing complexes, AHA began razing thousands of its units. It replaced them with private developments that accepted Section 8 vouchers.

AHA's new direction, which funded developments that set aside a fraction of their units for public housing tenants, sparked debate regarding its ultimate benefit for the city's low-income residents. Georgia State University sociology professor Deirdre Oakley says AHA broke up pockets of poverty and modestly improved living conditions. But that happened at the cost of displacing tenants, destroying tight-knit communities, and largely failing to pull residents out of poverty, she says.

Larry Keating, a retired Georgia Tech planning professor, says people who used vouchers had fewer tenant protections than before. Residents fortunate enough to keep living near their former homes did so only after biding their time on lengthy waiting lists and overcoming barriers like background checks and work requirements to secure housing in new private developments.

Developers' plans to replace public housing near Bowen Homes, Hollywood Courts, and other sites have not yet materialized. The fact that Atlanta hasn't fulfilled its promises to take care of its low-income residents isn't a surprise. As MIT urban design professor Lawrence Vale notes, Techwood Homes' redevelopment since the Olympics mirrors the slum clearing that occurred in that area prior to its construction. Though the decade has changed, the tactics remained the same.

Atlanta's current inequality struggles are inextricably tied to its past housing decisions. There are plenty of mitigating factors — access to jobs, education, and health care — contributing to that complex equation. The city's weak housing policy has exacerbated its gap between the rich and poor.

Mayor Kasim Reed has recently said his administration "has done more on affordability" than any government in Georgia during his tenure. But Atlanta's traditional approach — develop first, help the poor down the road, if at all — continues to this day. Fort McPherson, once listed as a solution to increase the city's affordable housing stock, could mostly benefit a filmmaker. The Atlanta Beltline, touted as a great equalizer for residents from all walks of life, has fallen behind its goals to build 5,600 affordable housing units near the smart-growth project. The steps the city has taken — making some developers set aside affordable units in exchange for subsidies — is a drop in the bucket toward fixing the larger problem.

By 2020, Invest Atlanta hopes to reduce how many people spend more than 30 percent of their incomes on housing, offer a more diverse mix of housing, and decrease blighted and vacant homes. The agency's officials this year offered up a long-overdue series of recommendations that include having residential developers set aside a mandatory number of affordable housing units to receive funding, qualify for tax breaks, or be exempt from some zoning requirements. The city should also continue helping to make some of its existing affordable neighborhoods better places to live.

Officials, who are expected to discuss that plan this year, must take action sooner rather than later. The longer they wait, the more likely residents, including former public housing tenants, won't be able to afford living in Atlanta.