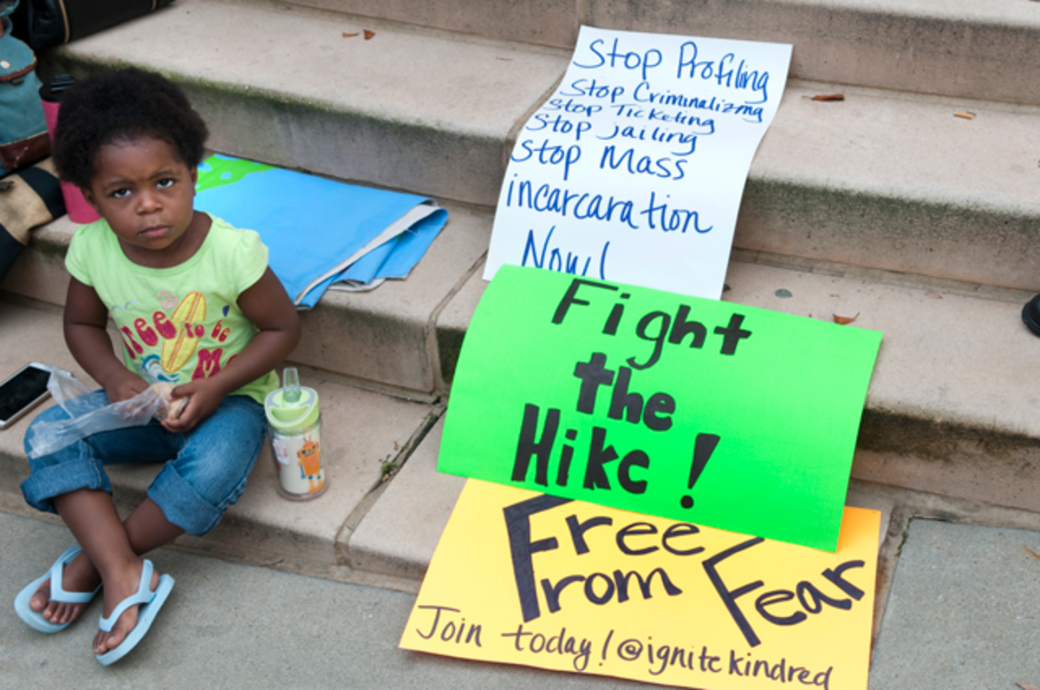 Mayor Kasim Reed has called on Municipal Court judges and the Atlanta City Council to raise fines and fees for traffic and municipal code violations by $7 million in the coming year. This call, the latest episode in a troubling pattern from City Hall, could not come at a worse moment in our country's history.

For what seems like the first time since the War on Drugs began, more skeptics have come to believe that our nation arrests and incarcerates too many of its citizens for minor infractions. Crime has been decreasing for decades but our prison population has grown at an alarming rate. Our prisons are full of nonviolent drug offenders, with a disproportionate number of them being black and brown. The same goes for municipal jails, which have essentially become modern debtor's prisons. What that has meant for communities of color and poor people is that their neighborhoods have been effectively occupied by police.

As a nation, we watched events unfold in Ferguson, Mo., with one eye open. The death of Michael Brown and the grand jury's decision not to indict Officer Darren Wilson forced widespread soul-searching about policing. The U. S. Department of Justice's report on the practices in Ferguson revealed that the city had followed a disturbing national trend encouraging a focus on municipal court defendants as revenue sources. Put plainly, the Ferguson Police Department and Municipal Court fashioned a system in which its black citizens were treated almost exclusively as opportunities to make money. It's not surprising that such a wholesale dehumanization of an entire population led to the dramatic events witnessed last summer.

Atlanta differs from Ferguson in many respects. But our increasing dependency on court fines and fees renders us more similar to the Missouri town than some would dare admit. Atlantans have been issued more citations each year since 2008. Now we are being asked to pay more money per citation in the absence of any compelling public policy favoring such a burden.

Moreover, black and poor Atlantans are far more likely to be stopped, searched, and cited or arrested by the Atlanta Police Department. Funds raised as a result of any increase will disproportionately impact communities already challenged by over-policing. The city with the nation's highest wealth disparity should not impose further penalties on the indigent and working-class citizens who walk through the courthouse doors daily.

Aside from denying that APD participates in racially biased policing, the city has failed to address these troubling figures. If Atlanta isn't willing to be honest about the racial biases that influence some police stops, searches, and seizures, we must reject any call for higher fines which will unnecessarily trap more people in the system.

Atlanta revenue from traffic tickets increased from $9.1 million in 2008 to $11.3 million in 2012, according to the Atlanta Journal-Constitution. The number of citations issued between 2009 and 2014 nearly doubled. This increase can hardly be attributed to a spike in violations.

In 2011, Reed called for APD to write 200,000 more citations to raise funds for police. A 2013 email from a representative of the APD Union linked police salary increases to the issuance of traffic citations. In 2014, the mayor's Blue Ribbon Commission on Waste & Efficiency in Government issued its final report specifically naming a "Review of Municipal Court fine structures and collections" as a project estimated to generate $5 million to $7 million for the city in fiscal year 2015.

Despite what many believe, citations in Municipal Court often bring with them dire consequences. The inability to pay a fine in court results in being placed on private probation. This means that what is typically a daylong ordeal for a person with access to money becomes a months- or years-long ordeal for a poor person. In Atlanta, the monthly private probation fee imposed by Sentinel Offender Services LLC can be higher than felony probation fees. Failure to pay fines on probation can result in arrest, thus creating a cycle of incarceration and debt that seems unending for non-serious offenses.

The city should take a closer look at the status quo instead of moving in the same direction as less progressive jurisdictions. It should examine which fines and fees it can eliminate, including the "failure to appear" fine charged to defendants who miss court appearances. According to the DOJ, Ferguson collected more revenue from FTA charges than for any other. Ferguson has now eliminated the ordinance. Atlanta continues to charge defendants who miss court an additional $100 fee. As many public defenders are aware, many Atlanta judges don't conduct the constitutionally mandated assessment of defendants' ability to pay when imposing this penalty.

The National Association for Public Defense recently called for the end of predatory sums levied upon poor people to fund criminal justice and significant parts of municipal budgets. Civil rights organization Southerners on New Ground has launched a campaign urging cities to not use municipal court fines to balance city budgets on the backs of poor people. Even the DOJ discourages practices that would unfairly subject any group to disparate justice in municipal courts.

Atlanta's leadership frequently pays lip service to the virtue of Martin Luther King Jr.'s dream of fairness, justice, and equity. Why, then, are we moving in the wrong direction on this issue?

Tiffany Roberts is a former Fulton County public defender who now practices civil rights and criminal defense. She is the co-founder of Lawyers United for a New Atlanta.