Opinion - Give the homeless a home 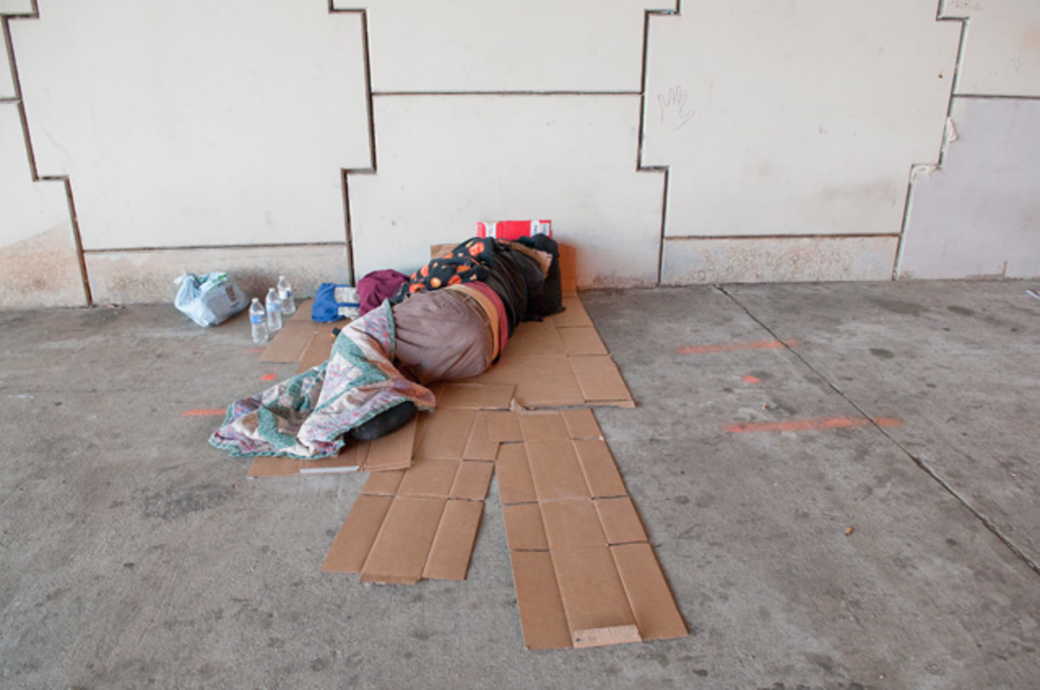 For the past 17 years, I have worked with metro Atlanta's homeless community. Every day when I meet with these men and women on the city's streets and under its bridges, I wonder why Atlanta, the city that is supposedly "too busy to hate," can't seem to find any love, compassion, or empathy for its homeless and marginalized citizens.

On Aug. 11, Mayor Kasim Reed announced that he was planning to use eminent domain to take control of the Metro Atlanta Task Force for the Homeless shelter located at Peachtree and Pine streets. A new police and fire station would be built in its place. The mayor also wants to ask the business community to help build a new facility somewhere else in town to house the homeless.

The mayor's proposal left me with many questions. What happens to the hundreds of men and women who turn to the Downtown shelter every night between the construction of a new facility and the end of the eminent domain process, which could take a year to complete? Why create basically another Gateway Center, the 10-year-old Downtown shelter that enjoys strong city support? Why not include more homeless service organizations in the proposal?

What most came to mind: Why are we talking about another large shelter when we should be discussing transitional and permanent housing?

Cities across the country are recognizing that the best way to get homeless people off the street and back into society is not by warehousing them in giant overnight shelters. It's by providing them quality housing. According to a May 2014 Central Florida Commission on Homelessness report, it costs three times more to keep a homeless person on the street than it does to connect them with permanent housing and a case manager.

One model is called "housing first." That does not mean just handing men and women the keys to an apartment and saying goodbye. It means directing them to a place where they can get settled, get stable with professional help, and get re-acclimated to living on their own. Then they can phase into permanent housing.

For such a program to work, however, it will require two key steps: time and support.

The United Way's Homeless to Home Program, where I worked from October 2011 to February 2012, only gives men and women accepted into the program three months to find a job and then move on to permanent housing.

This is too short a time period to turn a life around. Men and women who have spent sometimes more than a decade living on the streets need more time to get re-acclimated into society. It's difficult for people to get themselves back on their feet and ready to pay rent in three months. In addition, it's too short a timeframe to connect people with vital resources already available to some homeless men and women. Getting social security income and disability benefits can take six months to two years. The majority of applications are denied on the first try.

These places also need peer support. They need people who can help walk the homeless through what they need to do — the mental health appointments, doctors visits, treatment counselors. When I came off the street in 1997, I was afraid of everything, even my own self and addiction. When I got my first paycheck, it was more than I thought it would be. And the first thing that went through my mind was, "go get drugs." I had to call someone and request help walking home.

Other cities have made strides using the Housing First model. In Charlotte, a nonprofit operating an 85-unit apartment complex called Moore Place has helped clients find permanent housing and stay out of jail. A Seattle program that gave alcoholics housing and then helped them tackle their addiction saved $4 million per year, according to a 2013 report. In Dallas, a nonprofit called CitySquare is moving forward with a $6.8 million design-driven project that includes an on-campus nurse and psychiatrist.

Atlanta, which has made strides on ending homelessness among military veterans, is aware of Housing First. Its Unsheltered No More plan, essentially the city's vision for ending homelessness, notes the approach has worked in other cities. The plan also stresses the importance of transitional housing. So let's make it happen.

The city's 2003 plan was supposed to end homelessness in 10 years. We all know this has not happened. It's time to try something different that provides comprehensive, sustainable, and accountable wrap-around services for all marginalized and homeless citizens. It should include affordable housing and specialized care for those with mental health issues, instead of warehousing them at the city jail and the shelters.

If Atlanta ever expects to be a city that's truly too busy to hate, it needs to take care of all its citizens. The time is now for Atlanta to come up with a comprehensive housing program with strict accountability for the service providers — and for whomever oversees those providers.

Marshall Rancifer is the founder and outreach director of the Justice for All Coalition.