The iconic building was innovative when first built. It can be again. 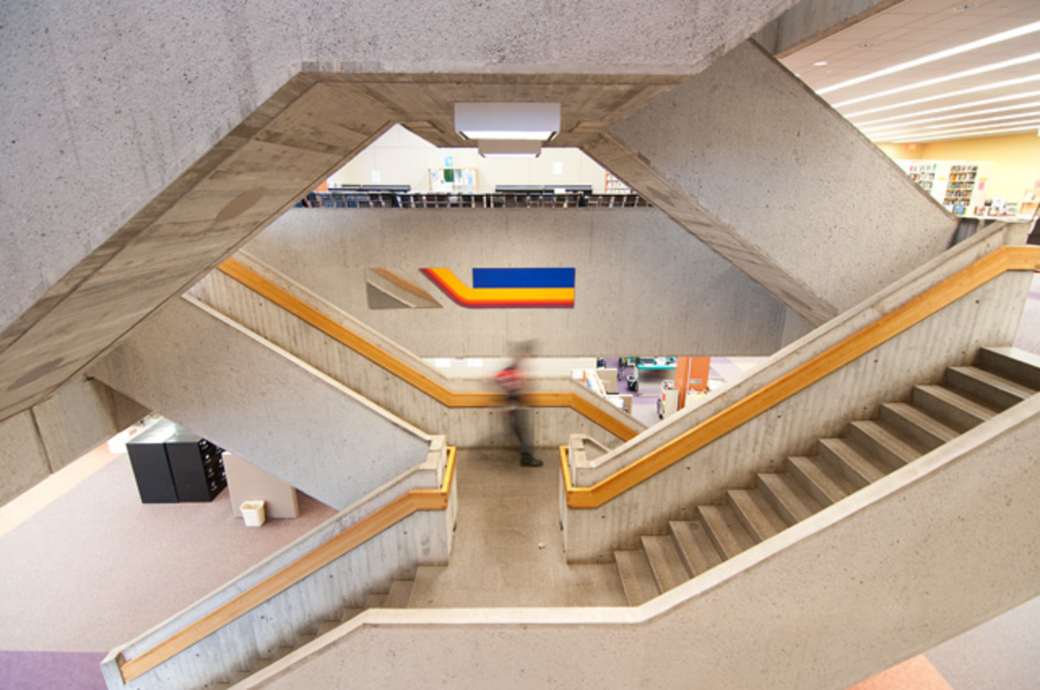 When it opened nine years later, the facility didn't disappoint. Much of the building's original programming was innovative in 1980 and would still be considered innovative today — an art exhibition space, a café, a gift shop, an auditorium, an oral history center, a music listening room, and a drive-through book pick-up and drop-off. In addition to reading books and using computers, patrons could check out power tools and garden tools, play a game of chess, or take a yoga class.

Older Atlantans still lament the loss of the old Carnegie Library constructed on the same site in 1902. The Beaux-Arts beauty eventually became known as "Atlanta's stepchild" and "a ghetto for books" that lacked modern conveniences and technology.

History has a way of repeating itself. Officials are weighing the Central Library's future. But they should be looking at how to make a great place even better.

In 2005, the Atlanta Fulton-Public Library System launched a process to determine the need for new branch locations, renovations, and expansions. Initial recommendations presented to the Fulton County Commission in August 2006 called for the "complete reprogramming and renovation of the Central Library." Thirty-seven public meetings were held. In March 2008 the commission approved the final recommendations, including approximately $34 million for the renovation of the Central Library.

However, starting in May 2008, then-Commissioner Robb Pitts floated another idea: "a grand, magnificent central library that would be a signature piece" to the tune of 300,000 square feet and $200 million.

By July 2008, Pitts was able to get the library board to amend the master plan and the county commission to adopt the vision. The original plan to issue $225 million in bonds was amended to $275 million with the extra public funding only available upon successfully fundraising at least $50 million in private donations.

Voters approved the library referendum in November 2008, and $167 million in bonds were issued in 2010 to fund the plan's first phase — the construction of eight new branches and the expansion of two existing branches.

Admitting he'd been "very optimistic" about fundraising, in April 2012 Pitts convinced his fellow commissioners to pass a resolution allocating $27 million in Beltline TAD funds to a new central library. Previously, that money was available for any library in the system.

So here we are in 2016. The plan's first phase projects are nearing completion. It's almost time to issue bonds for the second phase — the renovation of 23 branch locations and the construction of a new central library. But we still don't know what a new central library should be, where it should be, or how much it might cost. And not a single private dollar has been publicly committed.

The library board is now concerned the $27 million dollars earmarked for the second phase branch renovations is not enough so they'd like to divert much of the $84 million in bond money earmarked for the new central library — $50 million of which isn't available until donors start writing checks. The new central library at a new location would be a much smaller building — possibly one-fifth the size but with five times as much parking — but would allow Fulton commissioners to say they respected the wishes of voters by providing a new central library per the master plan approved in 2008.

Meanwhile, the fate of the existing Central Library is undetermined and its patrons suffer. The roof leaks and its public elevators are out of service, not because of a design flaw but because routine maintenance and replacement have been deferred. In spite of these obstacles, the Central Library routinely has the most visitors and hosts the most meetings and programs. Beyond books, it provides facilities for people needing language and literacy services, adult education, accessible services, or social services. The ground floor will soon be home to a tech center where teens can learn to code, make videos, and use 3-D printers.

Pitts was right all those years ago. We do need a "grand, magnificent central library." But we already have it.

The reprogramming and renovation of the Central Library is long overdue. The master plan was amended to reflect the will of one politician who wants to relegate that library to the past. It needs to be restored so it reflects the will of the people for a renewed library that's prepared for the future.

Days before the Central Library's grand opening in May 1980, an article in the Atlanta Constitution cautioned, "a new structure won't solve the library's alarmingly inadequate operations and acquisitions budgets, understaffing problems, political turmoil and much-criticized leadership." The same can be said today.

Kyle Kessler is a South Downtown resident and historic preservationist.