Opinion - None of your business

In silly debate over transgender access to bathrooms, transgender people are the real victims 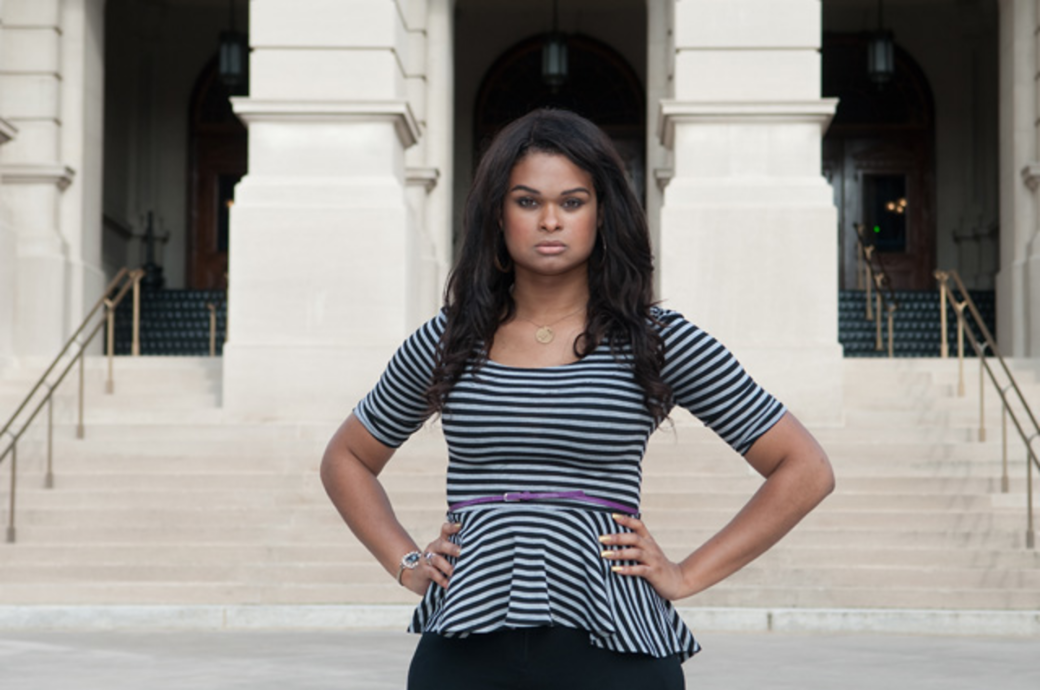 My senior year of college at the University of Georgia was the first time I used the women's restroom. For the longest time I had avoided public restrooms whenever possible. As a then very visibly gender non-conforming person, the men's restroom was a historic site of violence. It wasn't so easy for me to blend in. The constant stares in public, the misgendering (calling me by the wrong pronouns), and the glance-overs in men's restrooms verified that for me.

As I walked into the women's restroom, my heart beat rapidly in my chest. Would anyone assume I was trans? Would someone yell at me or out me? Would there be mass hysteria? It was a busy period between classes, so there was a larger influx of women than usual. But no one paid any attention to me. I walked past the other students with ease, did what I needed to do, and left. From then on, I never questioned which restroom to use. That is, until all of this "bathroom bill" business started to rear its ugly xenophobic head.

The issue erupted after North Carolina Gov. Pat McCrory, irked over a Charlotte law allowing people to use a bathroom that matches their gender identity, signed legislation that struck down LGBT anti-discrimination ordinances and banned any new ones from being initiated. Soon, the Tar Heel State received a much-deserved backlash and boycott. Tensions escalated further when President Barack Obama threatened to withhold federal funding for K-12 school systems in the state for not allowing students to use restrooms corresponding to their gender identity. Georgia's stake in this became clear when Attorney General Sam Olens announced the state would join 10 others suing the federal government over the directive.

The debate isn't really about bathrooms. The recent bold, transphobic rhetoric from conservative politicians is largely in response to the recent marriage equality win, the hypervisibility of transgender coverage in the media, and the growing inclusion of historically marginalized people. How else do you explain the insistence that expanding non-discrimination policies for transgender people will place the general public at risk — particularly when there aren't even a handful of instances where that has been proven true.

Although my public restroom experience since transition has been pretty seamless, for many other trans people that isn't necessarily the case. The truth is trans people are being used as scapegoats for crimes largely committed by people not too unlike the politicians calling the shots: cisgender, heterosexual men.

Even in their words, the champions of anti-trans legislation make cases for the "possibility" that someone who isn't even transgender will pretend to be transgender in order to sexually assault women and children. This is dubious at best because transgender people are the ones often at risk for violence, murder, and discrimination.

According to a 2014 report by the Anti-Violence Project, an organization dedicated to ending violence against marginalized groups through organizing and education, transgender women accounted for 55 percent of victims of LGBT-related hate violence homicides. Fifty percent of those impacted were transgender women of color.

It is disingenuous for politicians, who barely even cared that we existed a few years ago, to use trans people, particularly trans women, as pawns in their agenda to halt social progress. Atlanta, along with more than 200 cities and 20 states in the nation, has had transgender nondiscrimination protections in place for years and — go figure — there has been no increase in public safety concerns as suggested by the powers that be.

We must also consider the mental gymnastics a person has to go through to insinuate that transgender children are a threat to cisgender children. In a 2013 National School Climate Survey by the Gay, Lesbian, and Straight Education Network, 75.1 percent of transgender youth reported feeling unsafe at school because of their gender.

This heightened public scrutiny of transgender students is only going to make already hostile school atmospheres worse. We've seen this already in a public meeting about the issue in Fannin County last month, where one parent said she felt "like our children were put into risk in situations, as elementary school students, they should not be involved in." What are we teaching children when we encourage them to be at odds with and unnecessarily fearful of one another?

Trans people deserve equal access to public facilities. Beyond that, we need to be treated with dignity, fairness, and humanity. We deserve all of the opportunities to succeed and live in peace that our cisgender counterparts take for granted every day. We need these ordinances, policies, and protections to have a chance at jobs so we can sustain ourselves. We need these measures so we can walk down the streets of our communities in peace without being profiled as "up to no good" or less worthy of existing. We deserve leaders who are capable of effective, inclusive policy-making and endless empathy that considers every citizen.

Our leaders must understand that transgender people aren't outsiders. We did not just sprout up from the ground last year. We've been marching, working, and fighting for our rights for decades. We have platforms that are growing steadier and voices that are growing bolder and stronger. We refuse to return to the shadows.

Raquel Willis is an Atlanta writer, journalist, and activist. Her website is www.raquelwillis.com.